As evidenced by recent Blog history, I have exhausted many of the subjects I wanted to discuss regarding the iPad. But in getting to this point, I have created another activity for “Seniors with iPads” called StoryTelling which I am really enjoying. This is of course documenting real life events that are unusual enough to perhaps be of interest to others. Therefore, I am changing the focus of my Blog to StoryTelling. “I’m sure all the family and friends of you seniors out there would love to see some documentation from your life experiences also. Here’s one story I’m not real proud of, yet it was still a part of my life.

In May of 1968, I was single and had been working as an engineer for Phillips Petroleum Company for about two years. I lived in an apartment in Borger, Texas with two other single guys named Rocky and Bob. At work, we had a young engineer named Liam working in our office from the England office for training purposes. It was Friday night and I had asked Liam to go out and have a few beers with us so I picked him up and we went to a local honky tonk called Jean’s Bar and Grill. We were soaking up some suds and Rocky and I decided to play some pool. We had played a couple of games and a couple of guys from out of town challenged us to a game of partners. We said sure come on. We played a game and beat them pretty bad. Rocky, who had quite a mouth on him when he was drinking, started seriously rubbing it in and before I knew what was going on, one of the guys sucker punched me right in the lip. I was dazed for a second and dripping some serious blood, but then I saw nothing but red. I picked the guy up and and threw him on the pool table and began pounding on his head. In the mean time his partner had come up behind me and started pounding on my kidneys. Rocky pulled him off my back and threw him on the floor. Then someone hollered they had called the police and we beat it out of there. Poor Liam was scared to death and had no idea what to do. I was too busy to notice what happened to Bob. I went to hospital and they sewed up my lip. Monday morning I had to face the music at work as the story spread fast. Later in my career, I noticed that Liam had been promoted to an executive job and I thought,…….. he may be an executive, but I bet he never forgets that night at the honky tonk in Borger Texas. 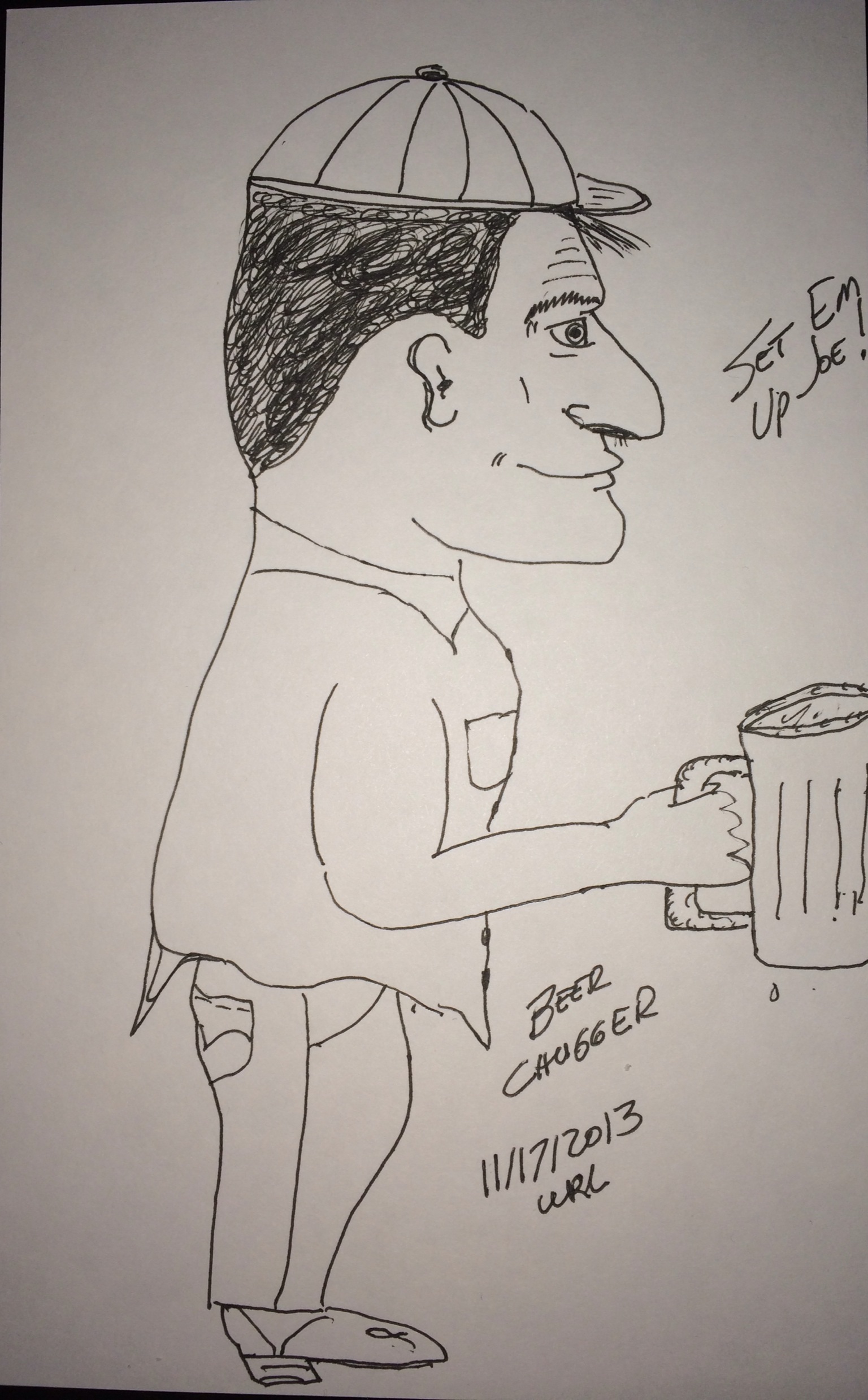 Hey Bill, how about playing a game of pool?

Thanks for reading The Bar Fight.