I’ve drawn a few more Bighead toons as March blew in hard,
Based on memories from my old mind that often get jarred.
I still draw with black ink and I never throw anything away,
Then color them with colored pencils my own particular way.

“Duc Dong” is a guy I saw often in downtown Pleiku, Vietnam,
Carrying things to and from market passing on the road so calm.
I remembered the name from “Sixteen Candles”, the movie,
Where there was a kid named Long Duk Dong for us to see. 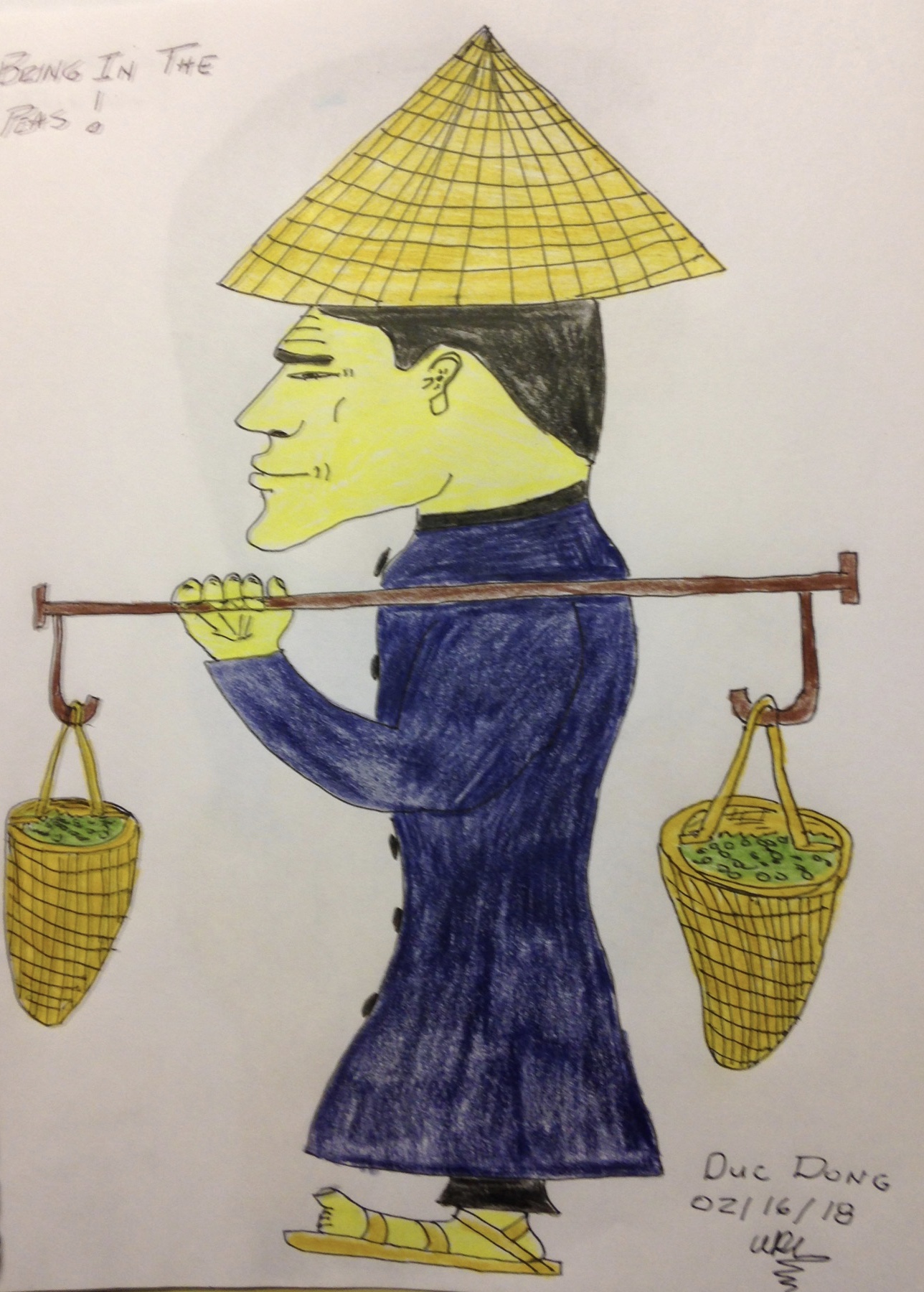 “Clark” is a mild mannered reporter I’ve known all my long life,
Who slips into phone booths to take off his clothes in a swipe,
Turning into a Super Man faster that a speeding bullet on the fly,
Always saving the world from evil doers like that Lex Luther guy. 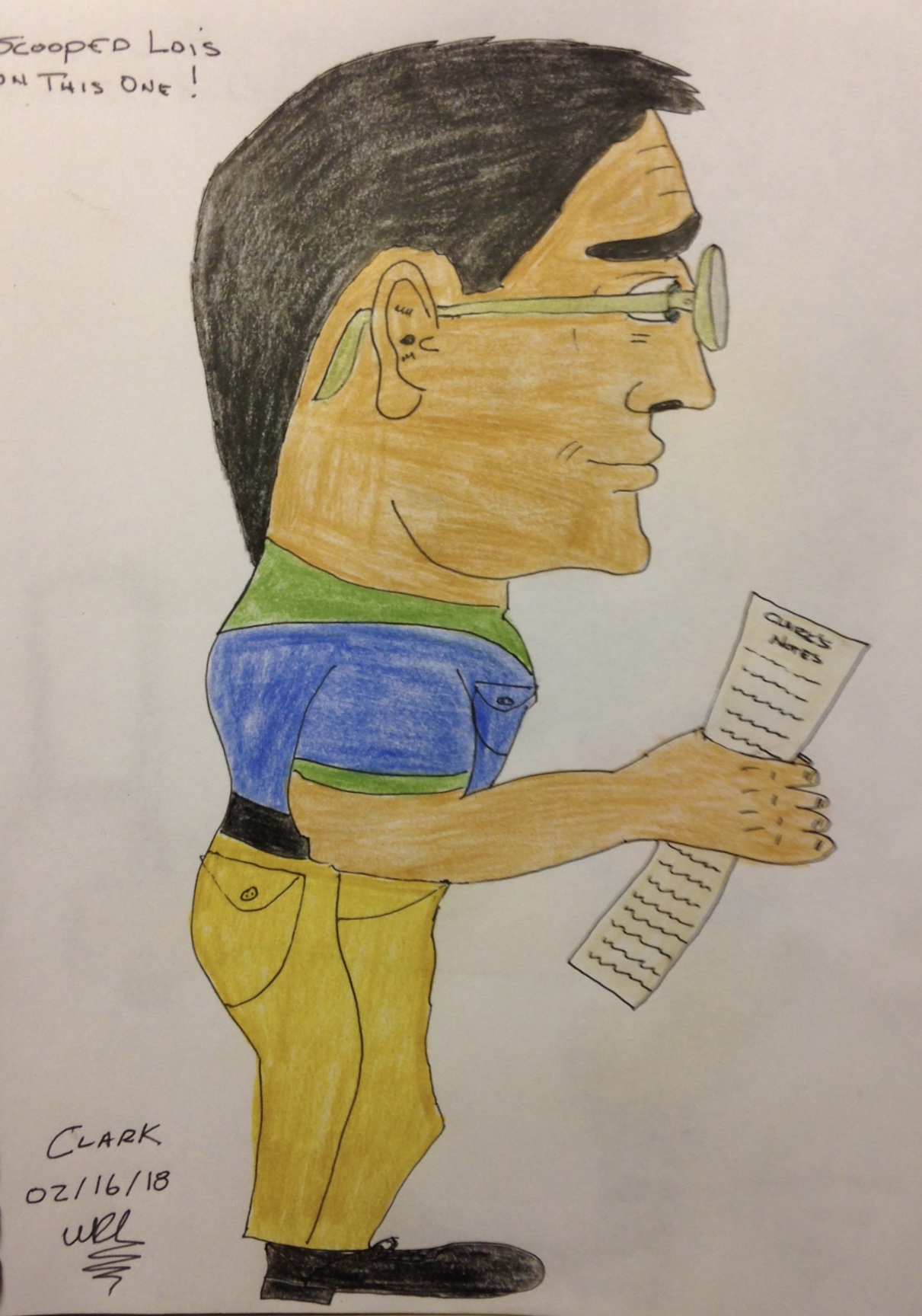 “Geppetto” is a guy I remember that built a small wooden boy,
That has a wooden nose that grows when a lie he does employ.
He is carrying a saw to trim Pinocchio’s nose as it often grows,
As he is not a very truthful boy as through life he rapidly goes. 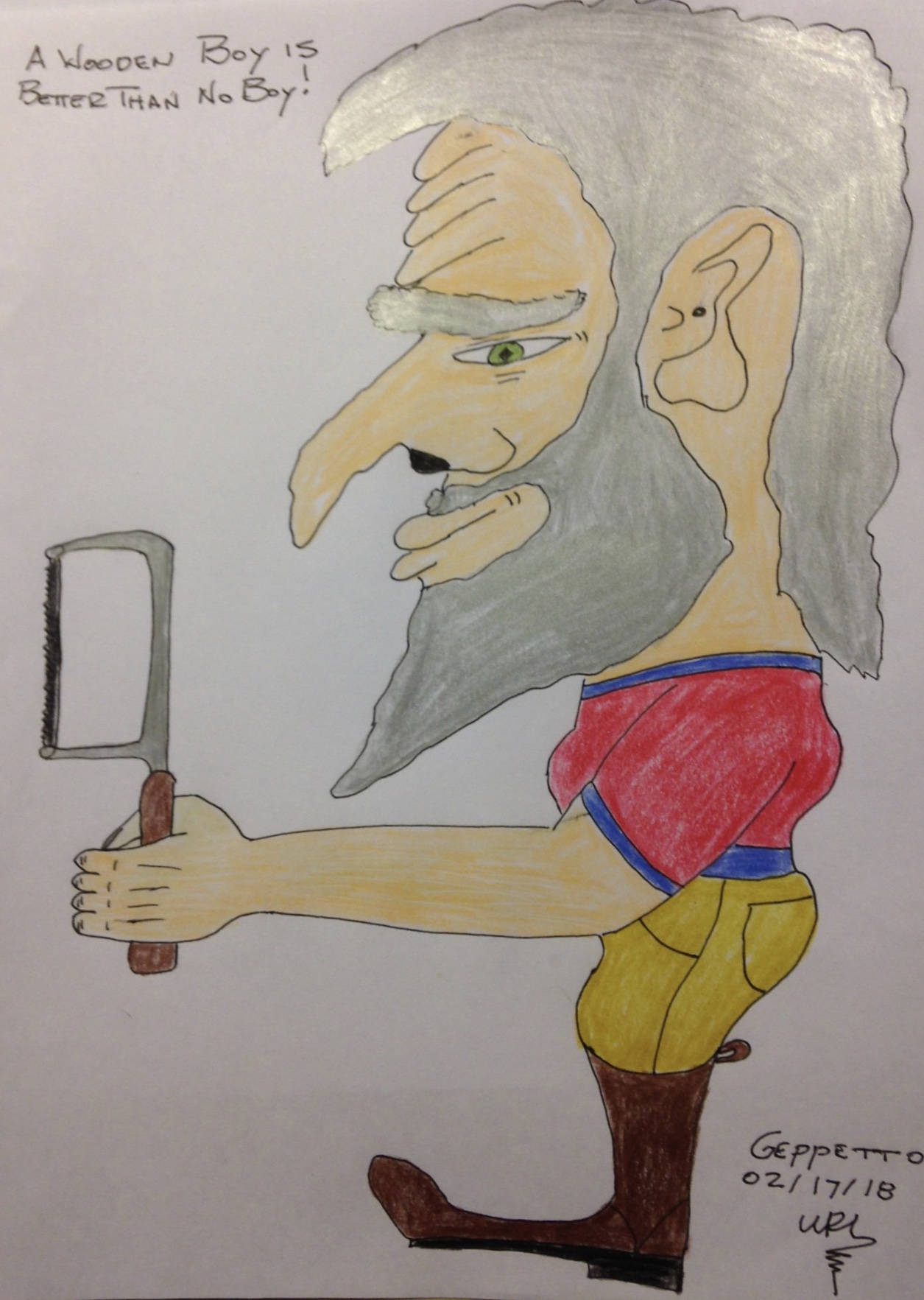 “Tatonka Bull” is an American Indian looking for old Buffalo Bill,
So he can scalp him for shooting all of the Buffalo he did kill.
While hunting Buffalo for the railroad to feed the railroad hands,
As they build those railroad tracks across the west in our land. 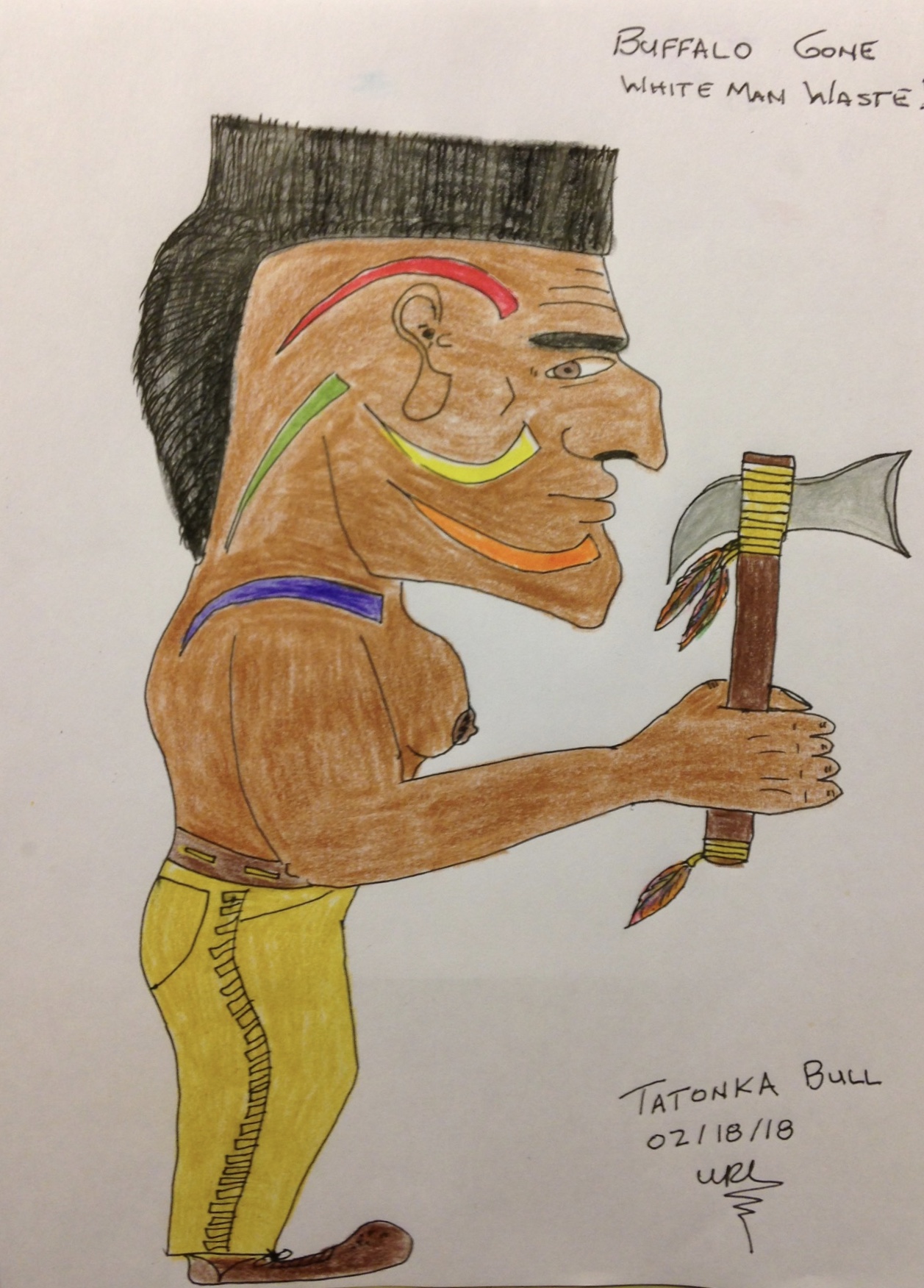 “Trapper” is a guy named John I remember from MASH TV show,
Who trapped those big rats in Korea everywhere he did then go.
He roomed in a tent with a guy called Hawkeye Pierce so cool,
As they often treated Hot Lips Houlihan and Frank Burns so cruel. 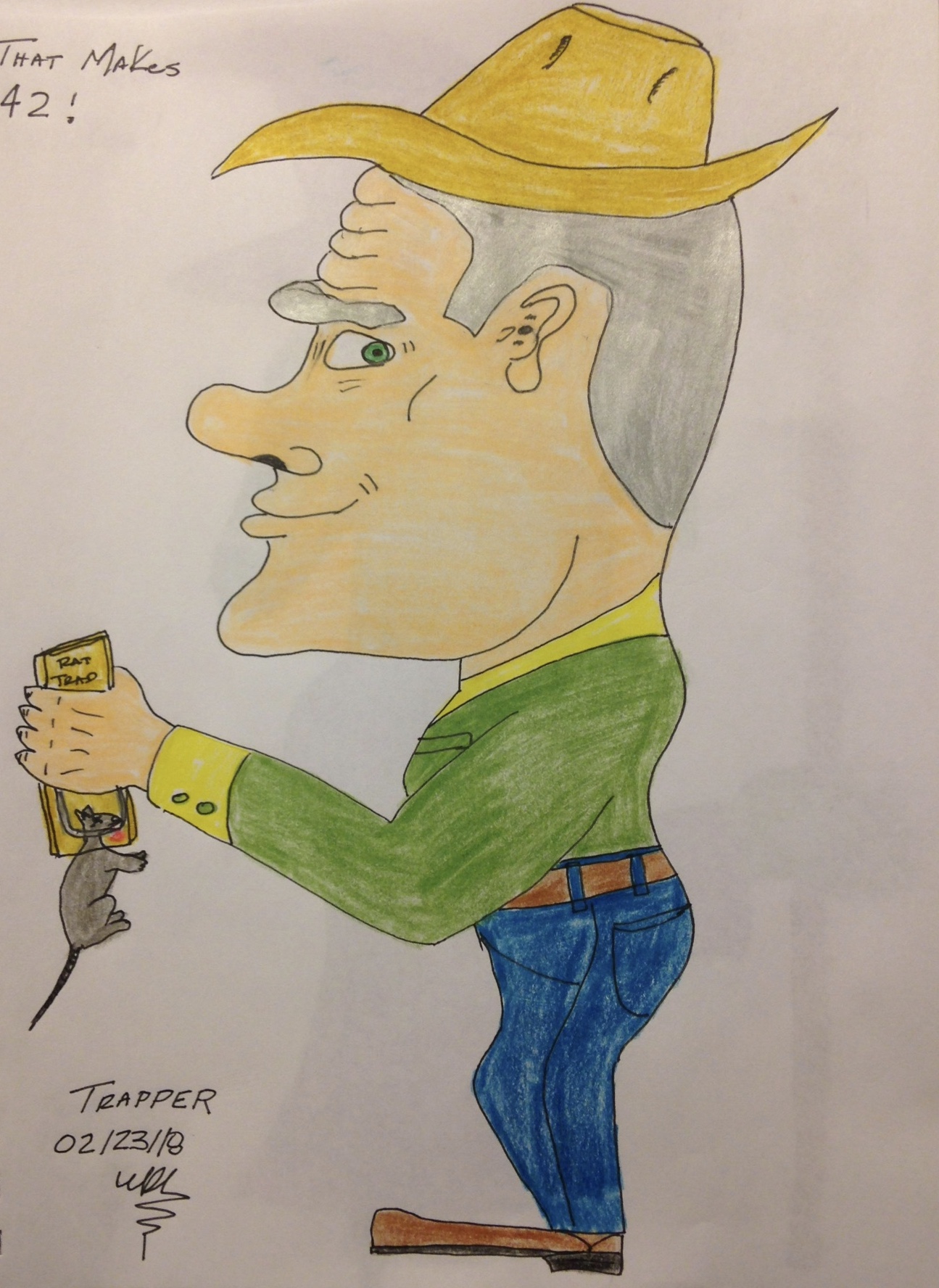 “Samantha” is a witch I remember from the TV show Bewitched.
Wait, Samantha was better looking so I must have them switched.
This must really be Samantha’s Mother kind of green and mean,
As she gave Darin hell on the show with many nasty tricks seen. 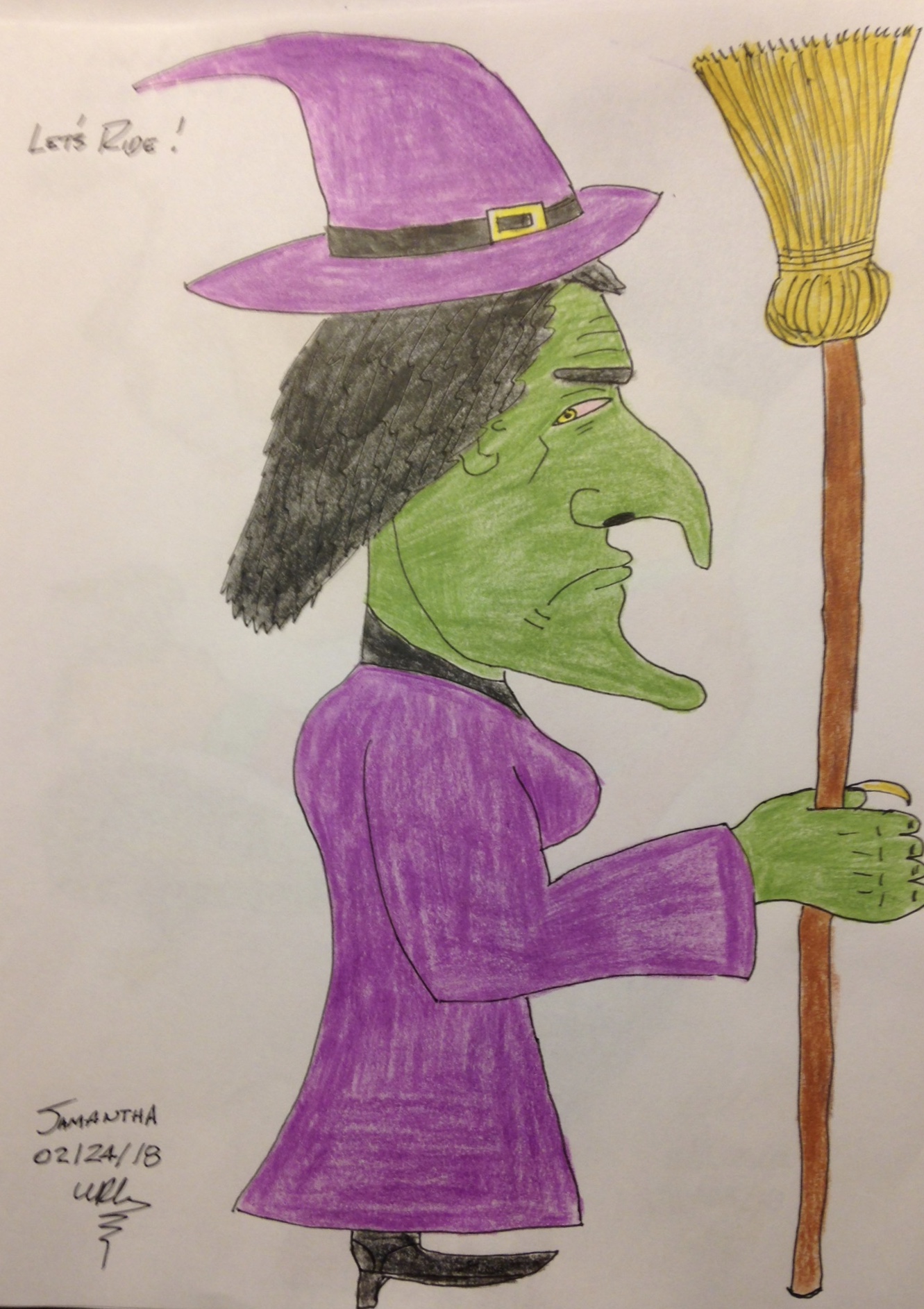 “Wilbur” is a mean looking lumber jack about to roast a duck,
Out in the forest after a day cutting down trees running amuck.
He needs to ring his neck and whack off his head with a big chop,
Dip him in boiling water, pluck him, and roast him up very hot. 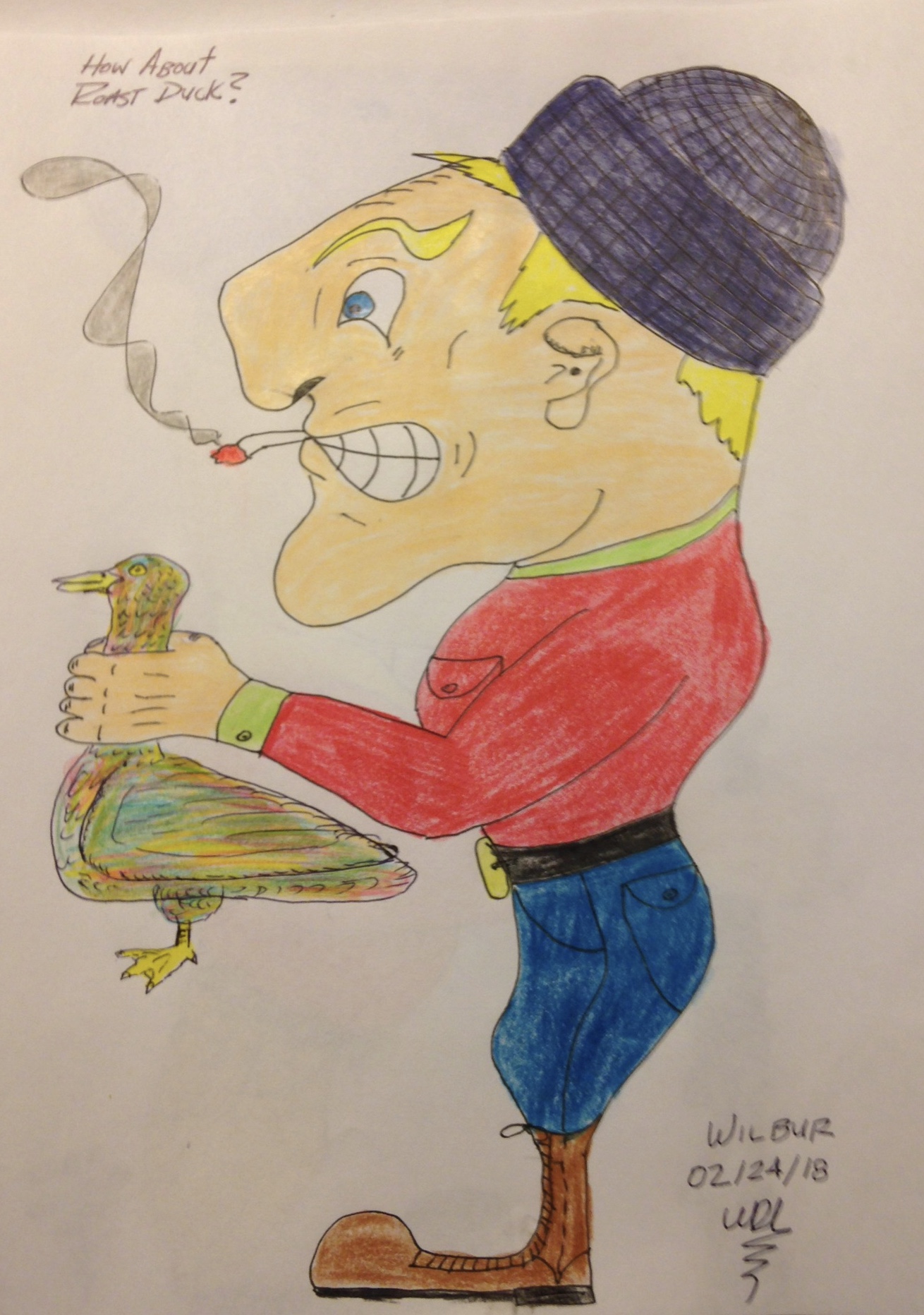 “Byron” is a cast fisherman out trying to catch a big mouth bass,
Using a deep running fishing lure to catch fish in the cat tail grass.
He has a technique that requires both hands to flip the big lure,
So he can’t wipe the booger off that slipped out on a hair so pure. 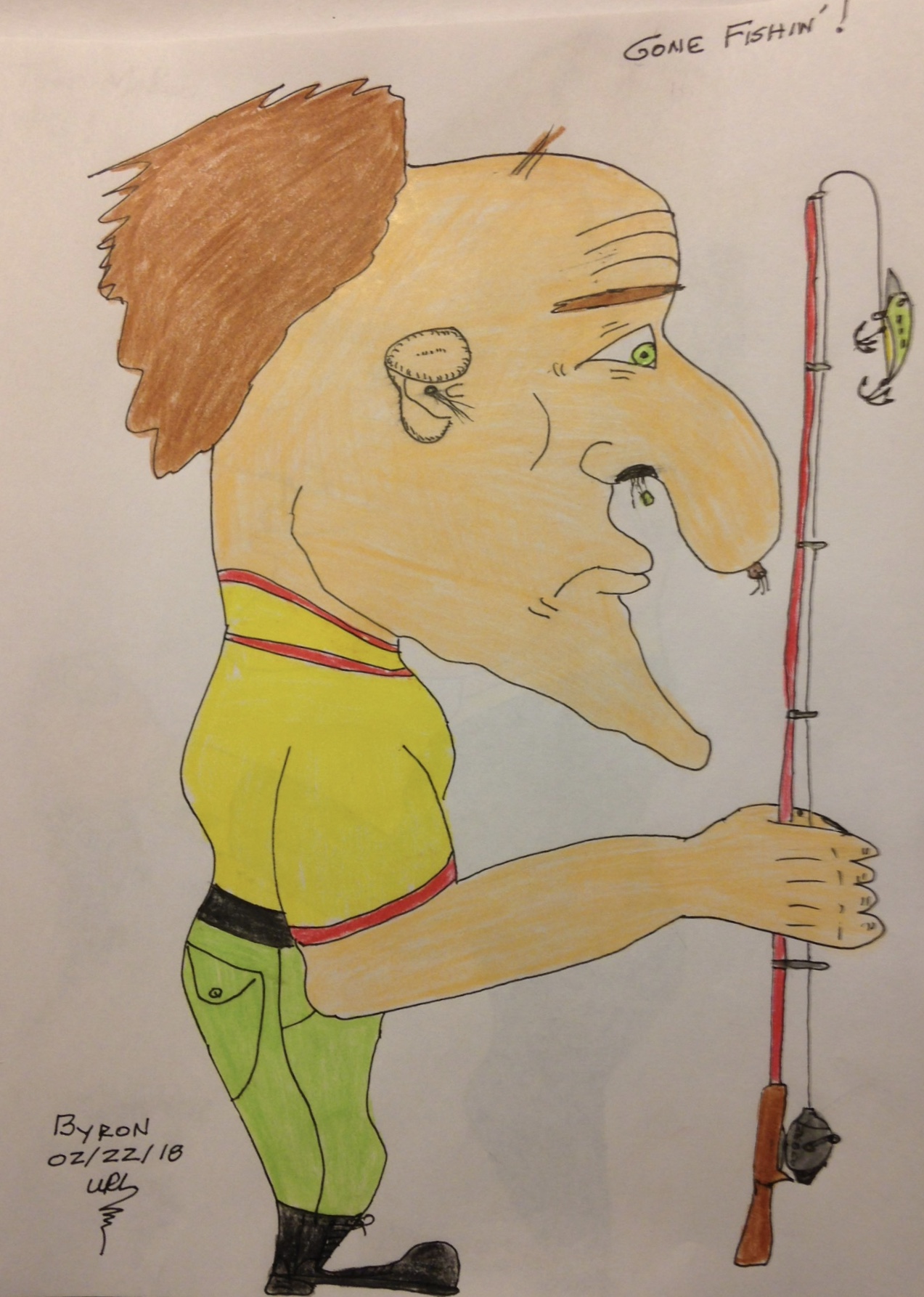 “Delmar”is one happy guy that’s ready to fly like an eagle so high,
Just soaring along with his helmet way up there in the blue sky.
He was born on the day of Hawg Jaws birth for what that is worth,
As February 20 is certainly a fine day for a mother to give birth. 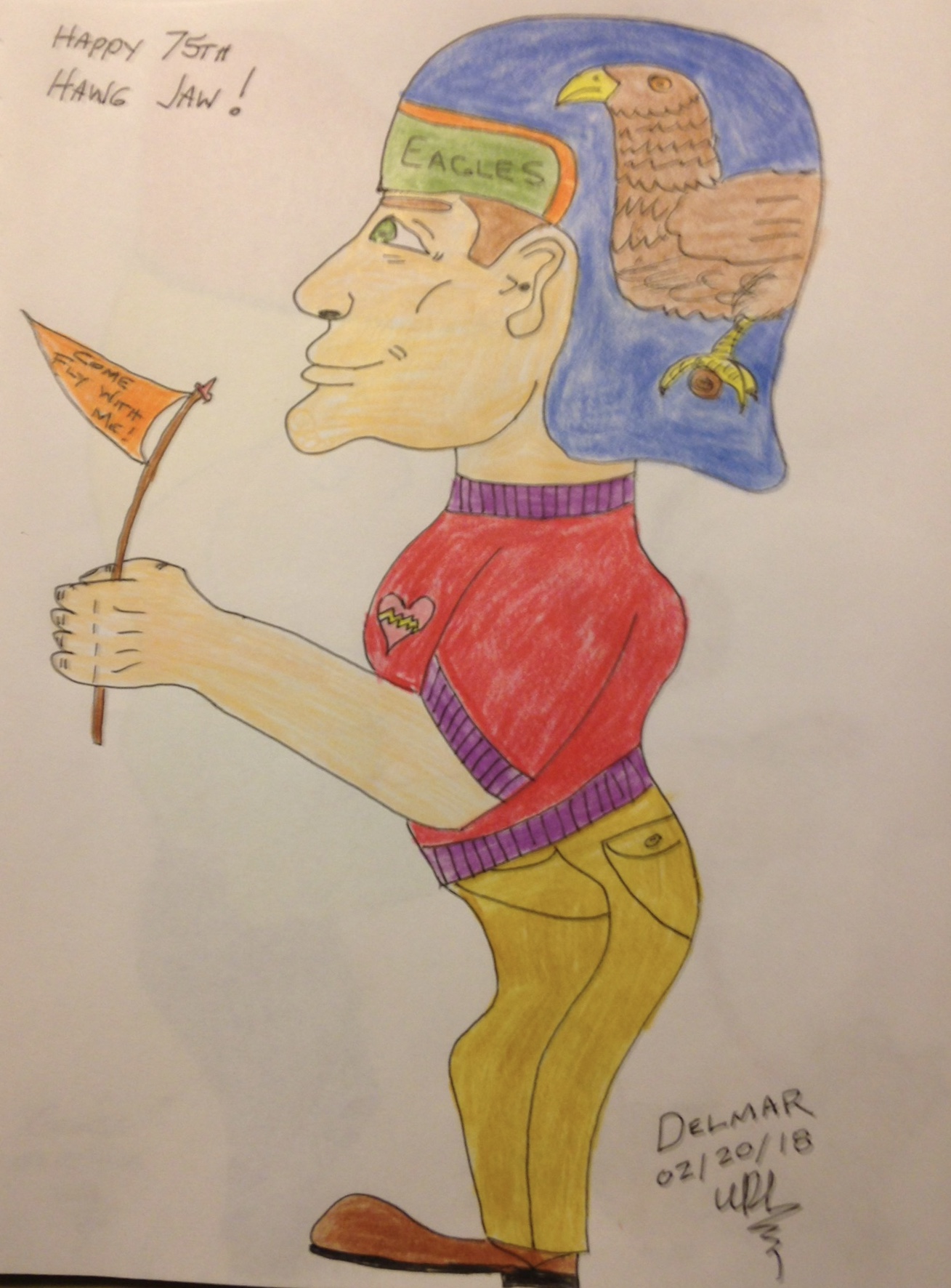 “George” is a guy that must take his cat “Fuzz Lips” out for a walk,
It seems George is a little bit pussy whipped or so goes the talk.
I really think Fuzz Lips would rather drop his load in a sand box,
Than out on the street or in a yard far away out on some block.

Thanks for reading March On Bighead Toons,
Bill