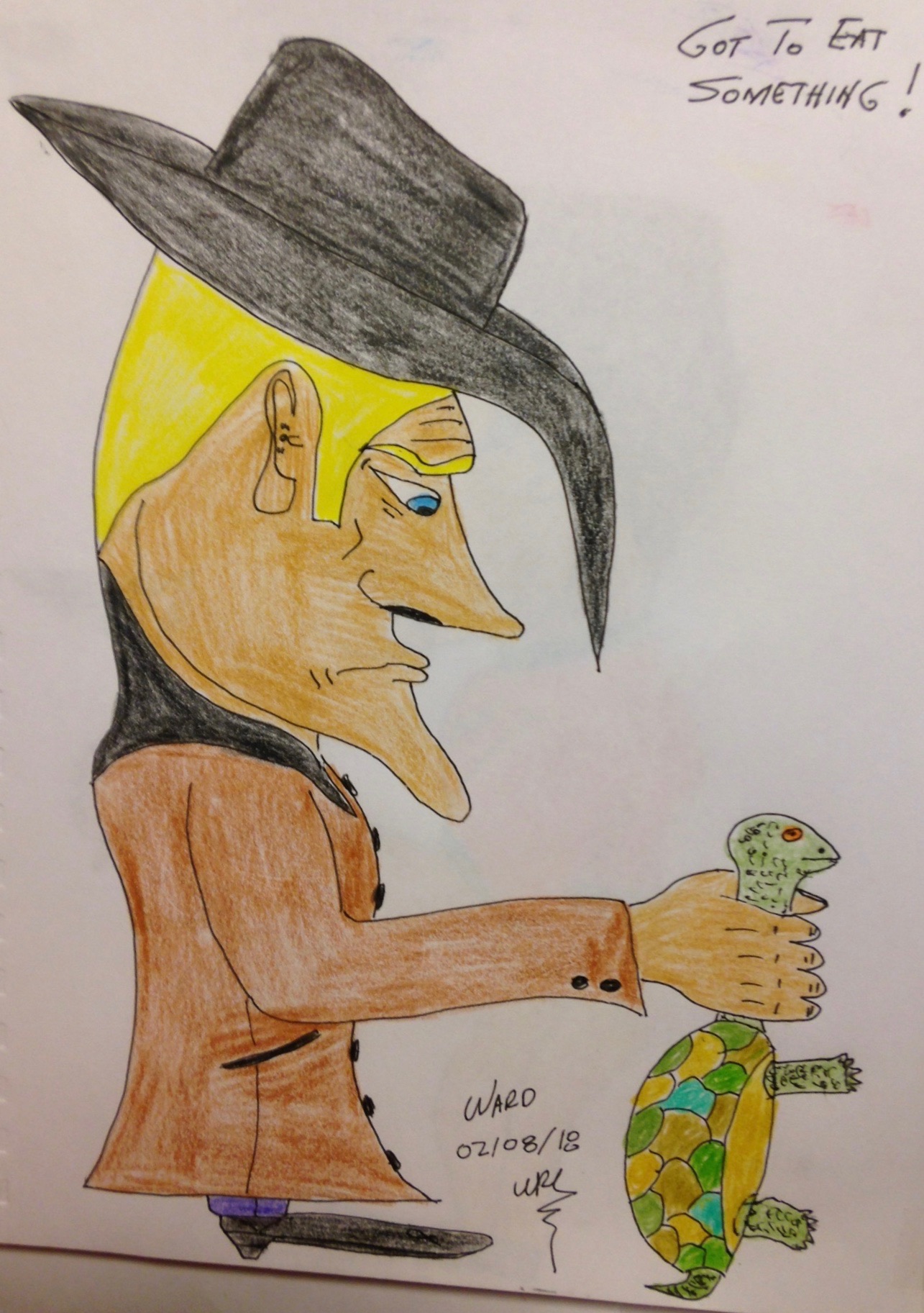 Here’s my tenth Bighead cowboy toon “Gumbo” a little bit tough,
Dated September 11, 2016, blowing smoke with a wart so gruff.
And my Bighead cowboy toon tenth from the end, “Bob White”,
Dated August 31, 2017, that is much easier to look at so bright. 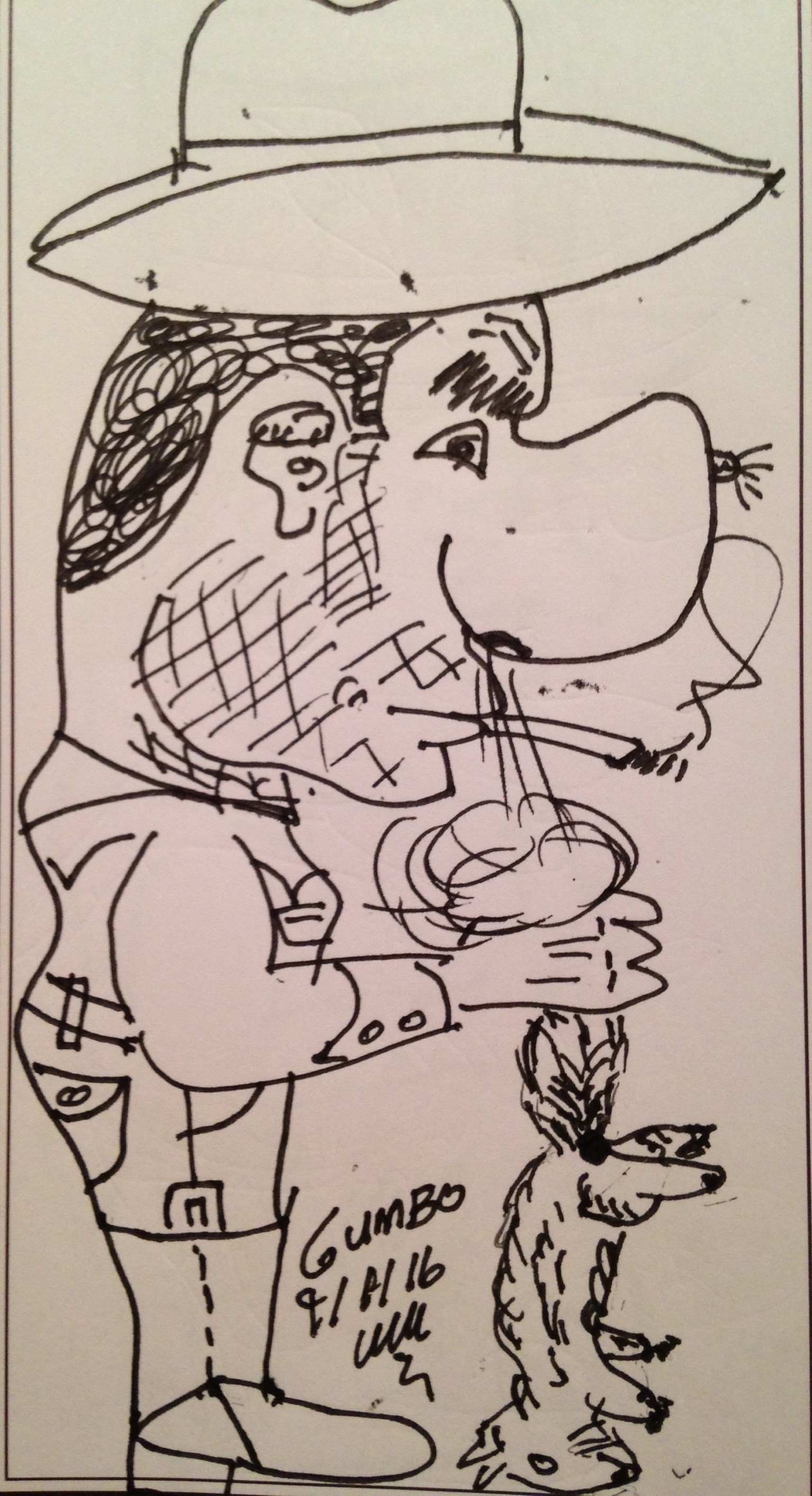 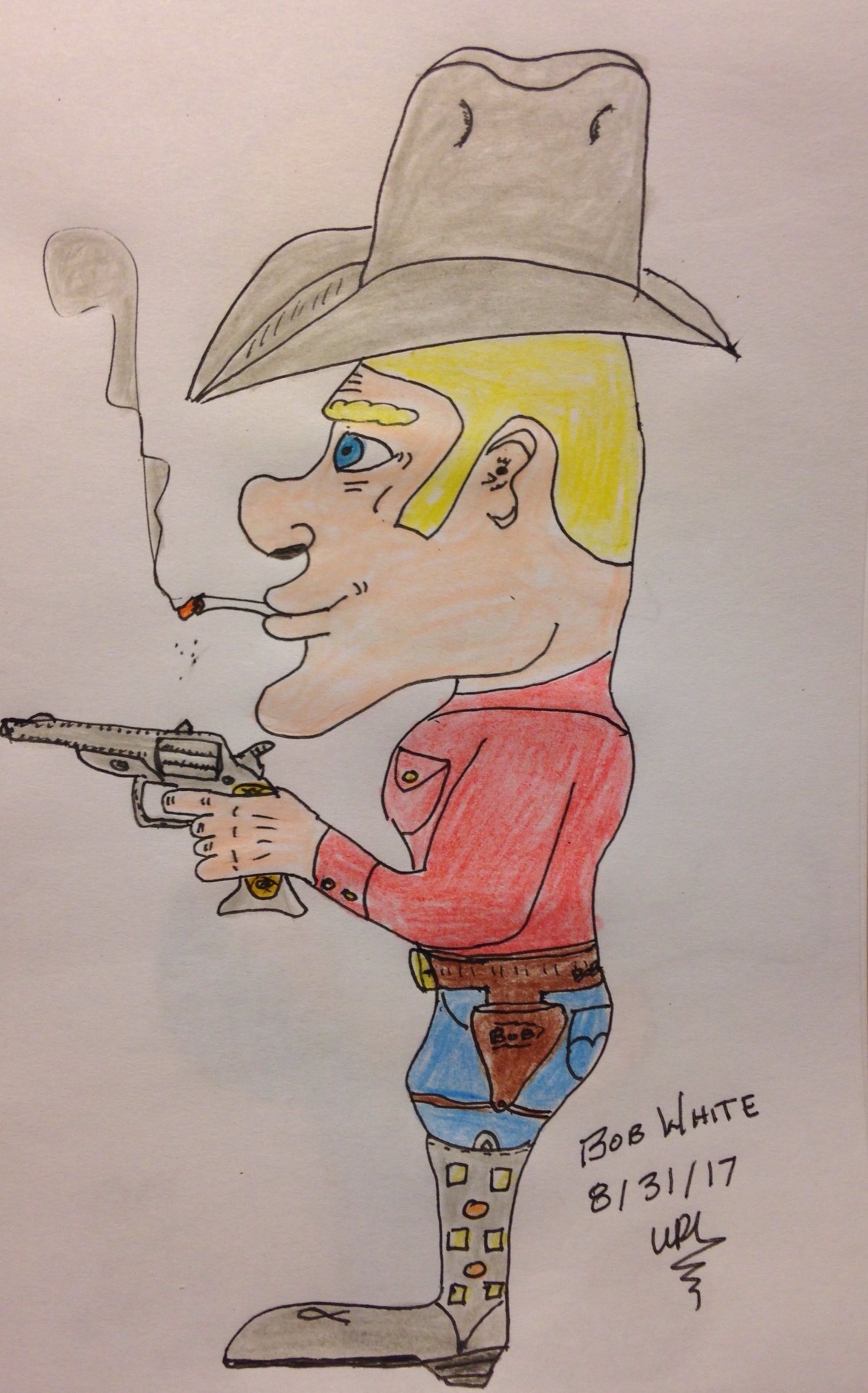 The 7 Bighead cowboy toons between the four given just above,
Are shown below side by side below to compare the very best of,
The new and the old so you can get an idea of the whole spread.
I do believe I have improved some, but some may not when read. 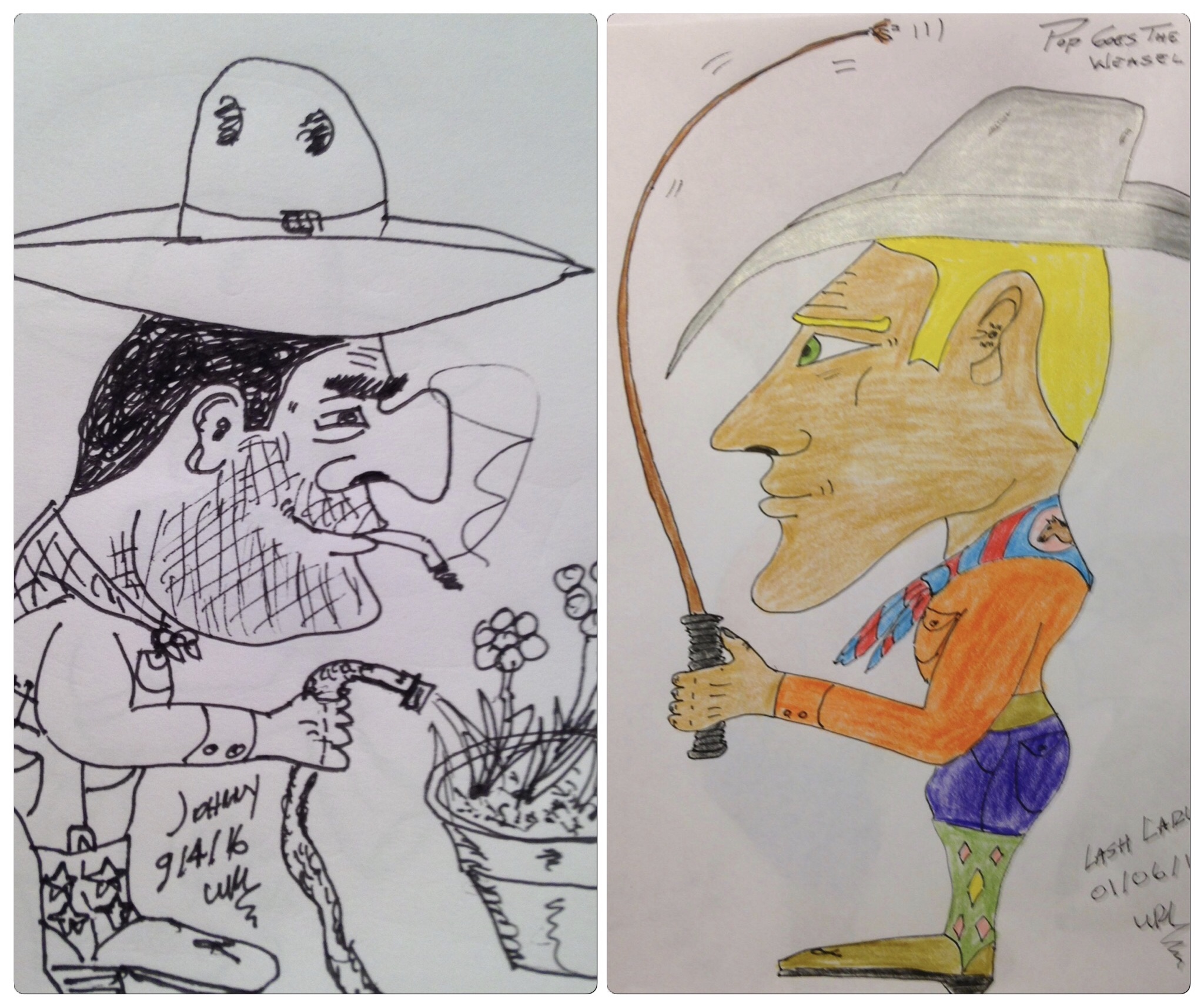 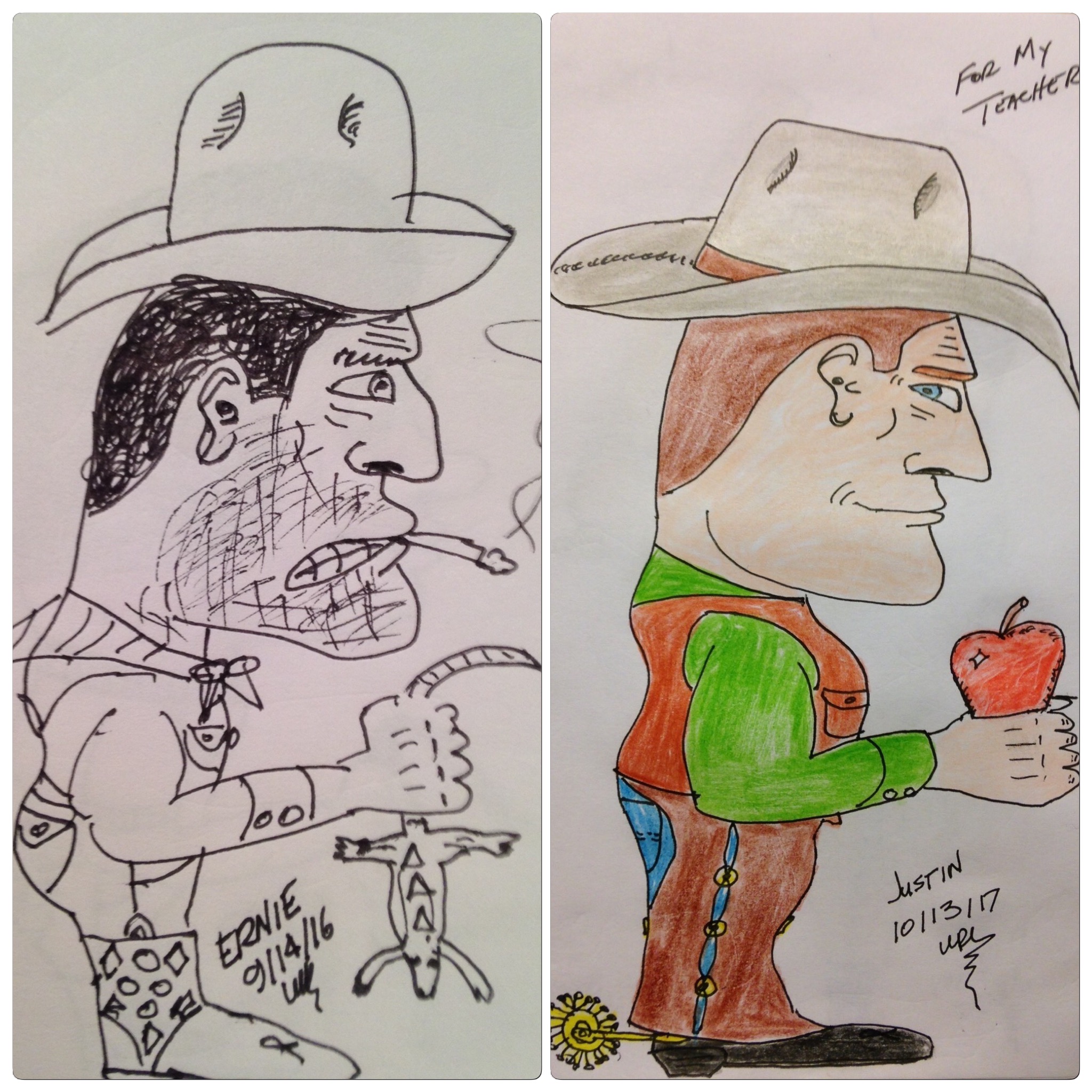 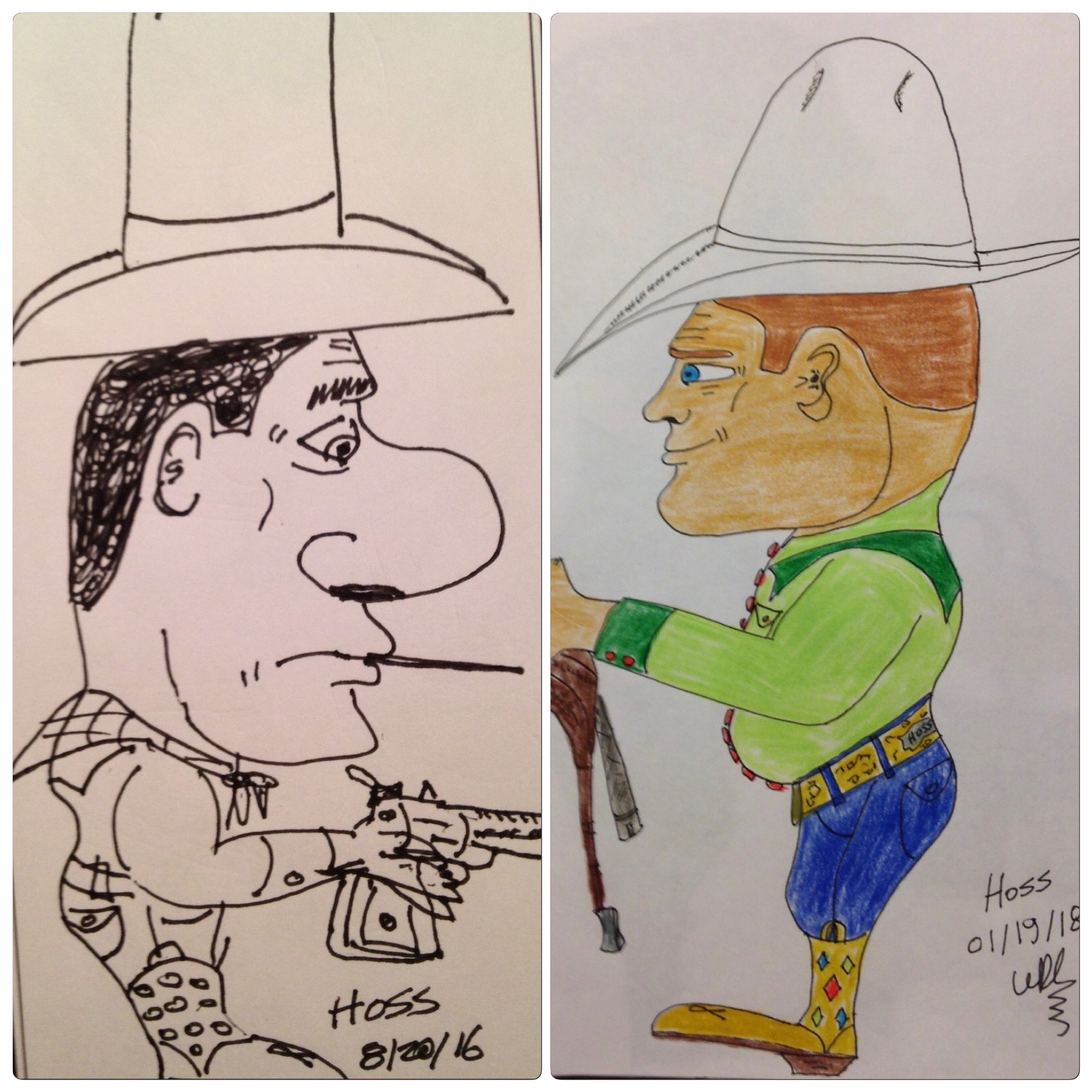 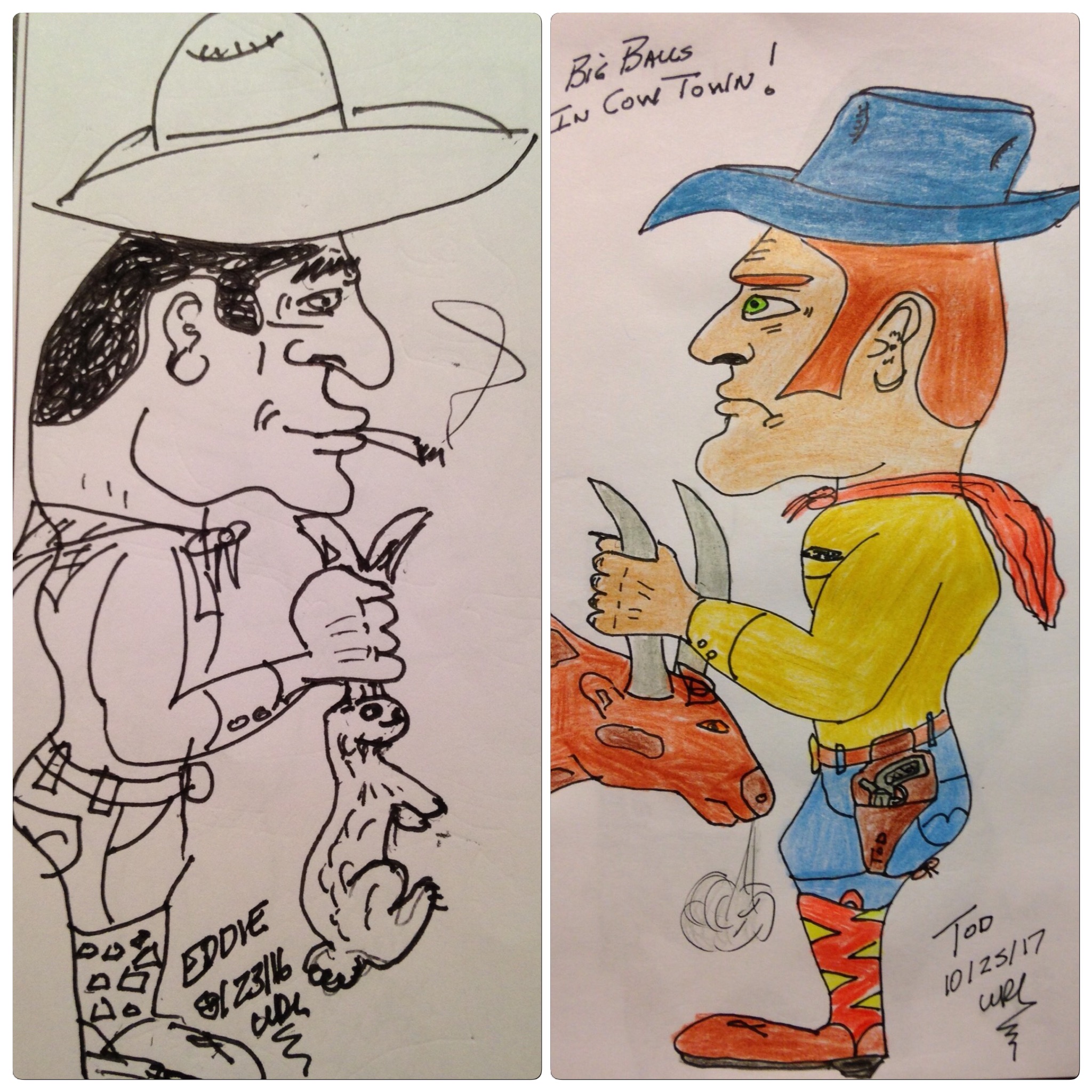 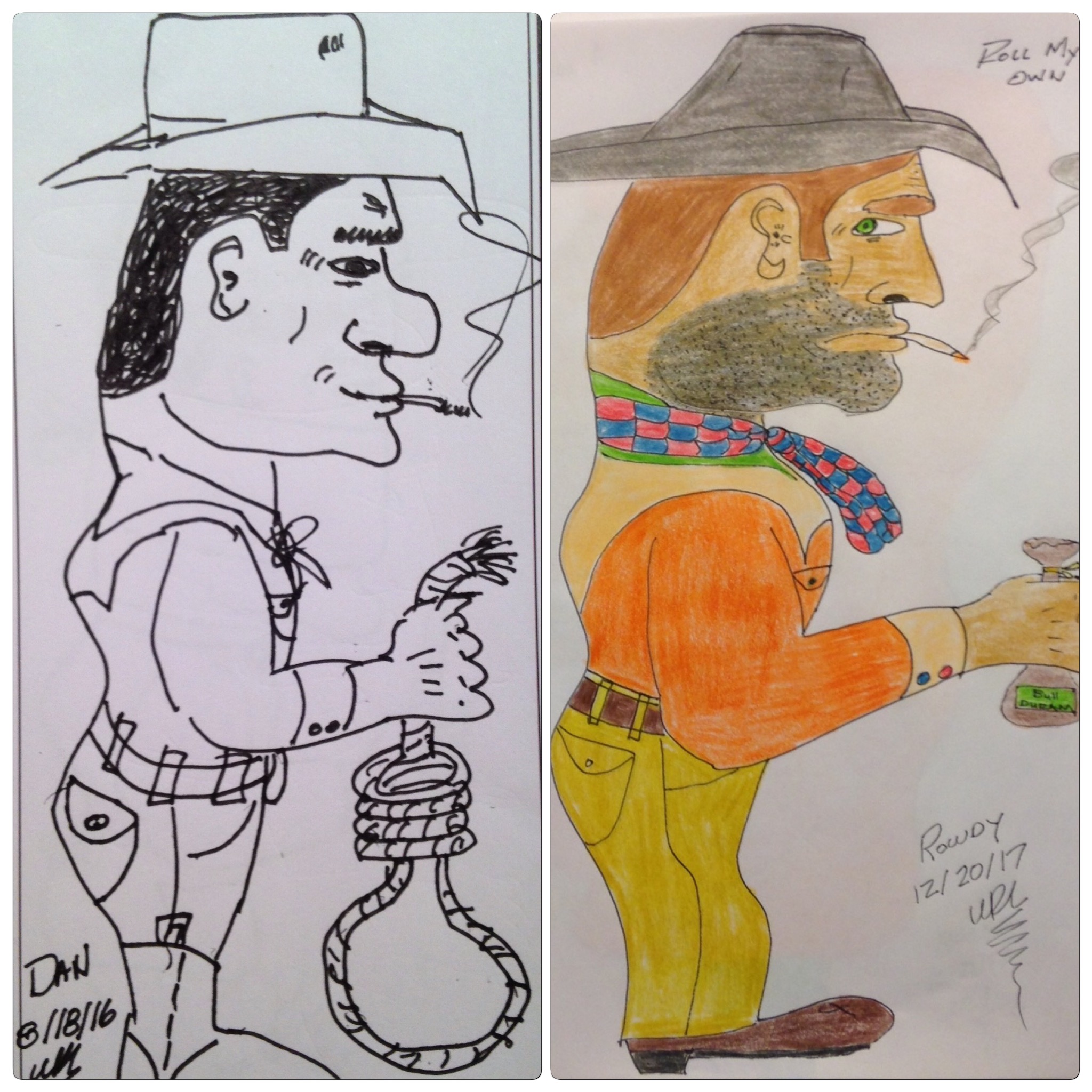 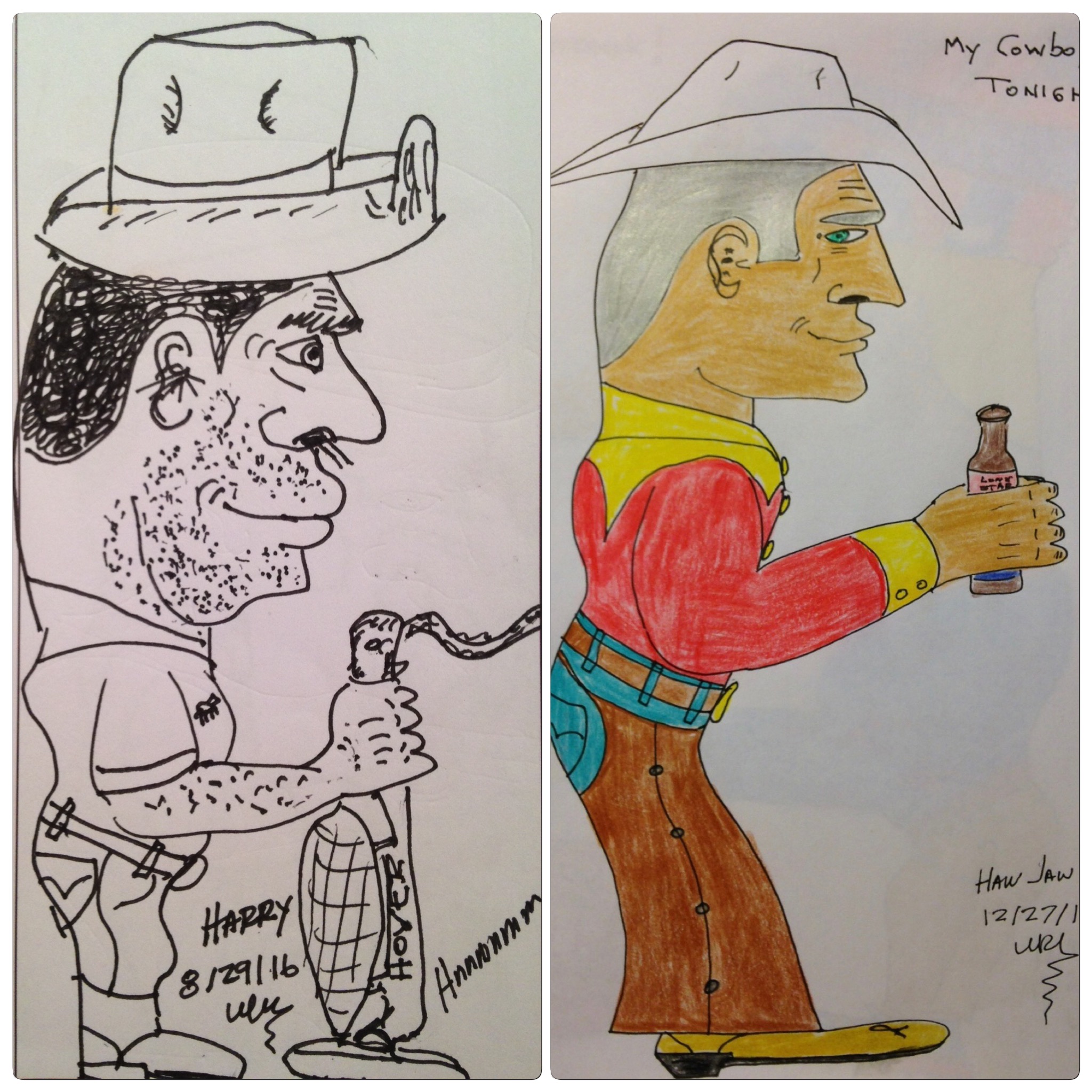 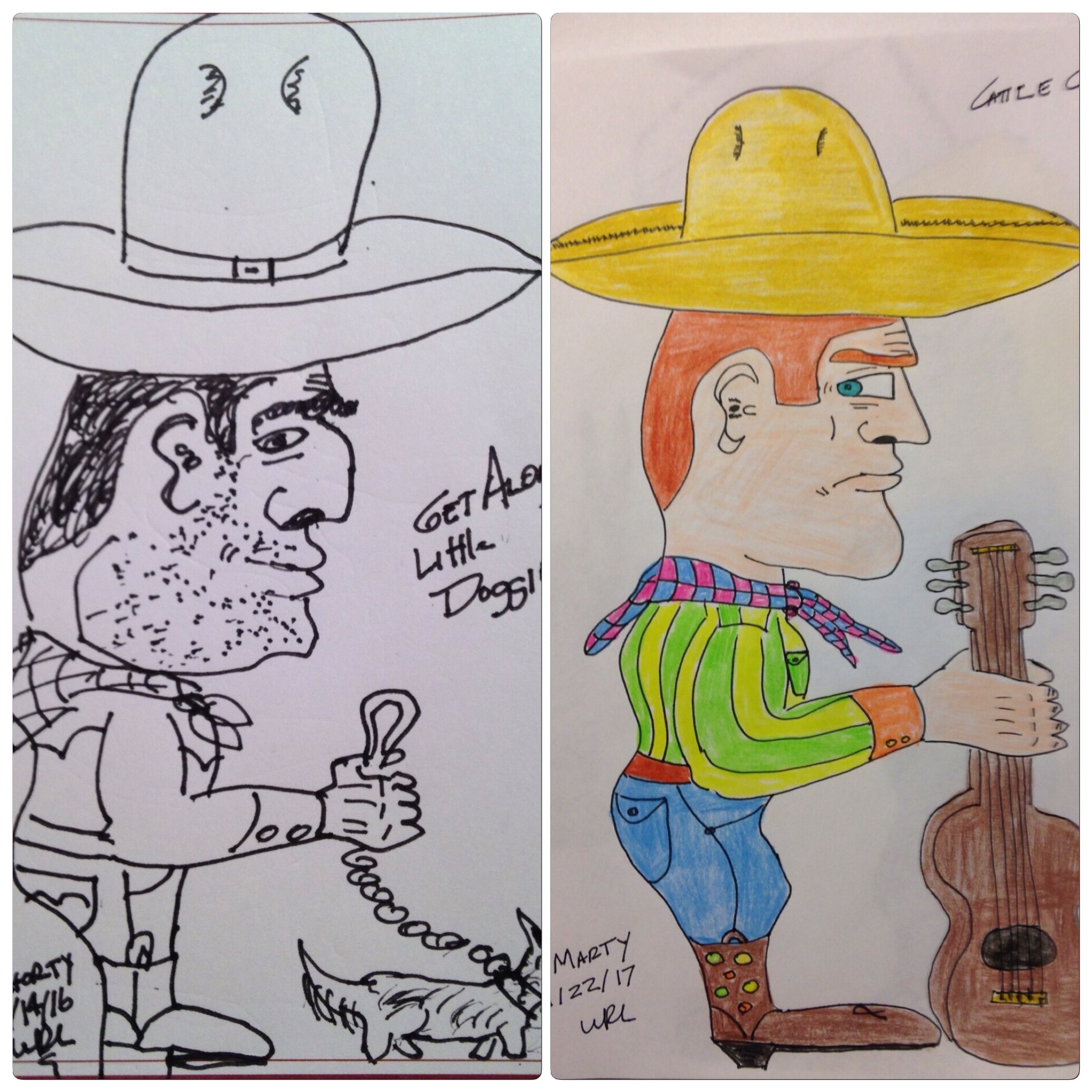 Some might argue the early rough looking art is much better.
As it gives a manifestation of when I was loose and a go getter.
Others might say the color makes the new toons look the best,
But toon art is really only self expression by the individual artist.

PS: This is blog number 1100 which may be enough for one lifetime.

Thanks for reading Yesterday and Todays Toons,
Bill