If you don’t know what lampoon means, google it now,
To see if it makes sense in the story poem title somehow.
Maybe there’s ridicule with satire in this story poem blog,
About this batch of Bighead toons drawn by the Hawg.

“Cletus” is an Arkansas farm boy from Sulphur Springs town,
Who got him an Ivy League cap to wear on that farm ground,
While he forked up the hay to feed his old spotted milk cow,
He tried to fork a big rat that got into the hay pile somehow. 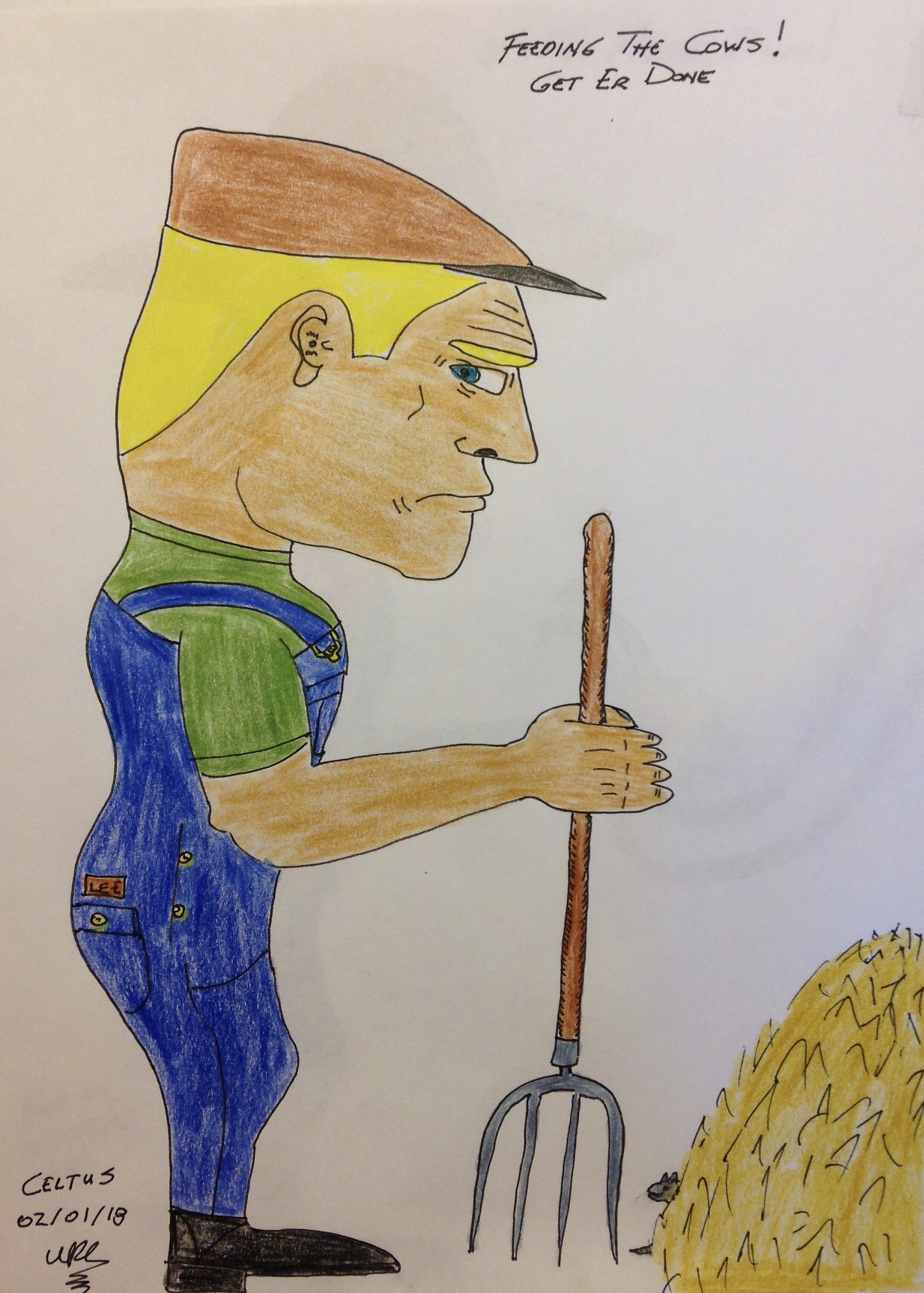 “Festus” was a grizzly old cowboy who was a U. S. Deputy Marshal,
Working for Marshal Matt Dillon in Dodge City standing so tall,
On a TV show called “Gunsmoke” that ran for 20 years or so,
From 1955 to 1975 when I faithfully watched that fine TV show. 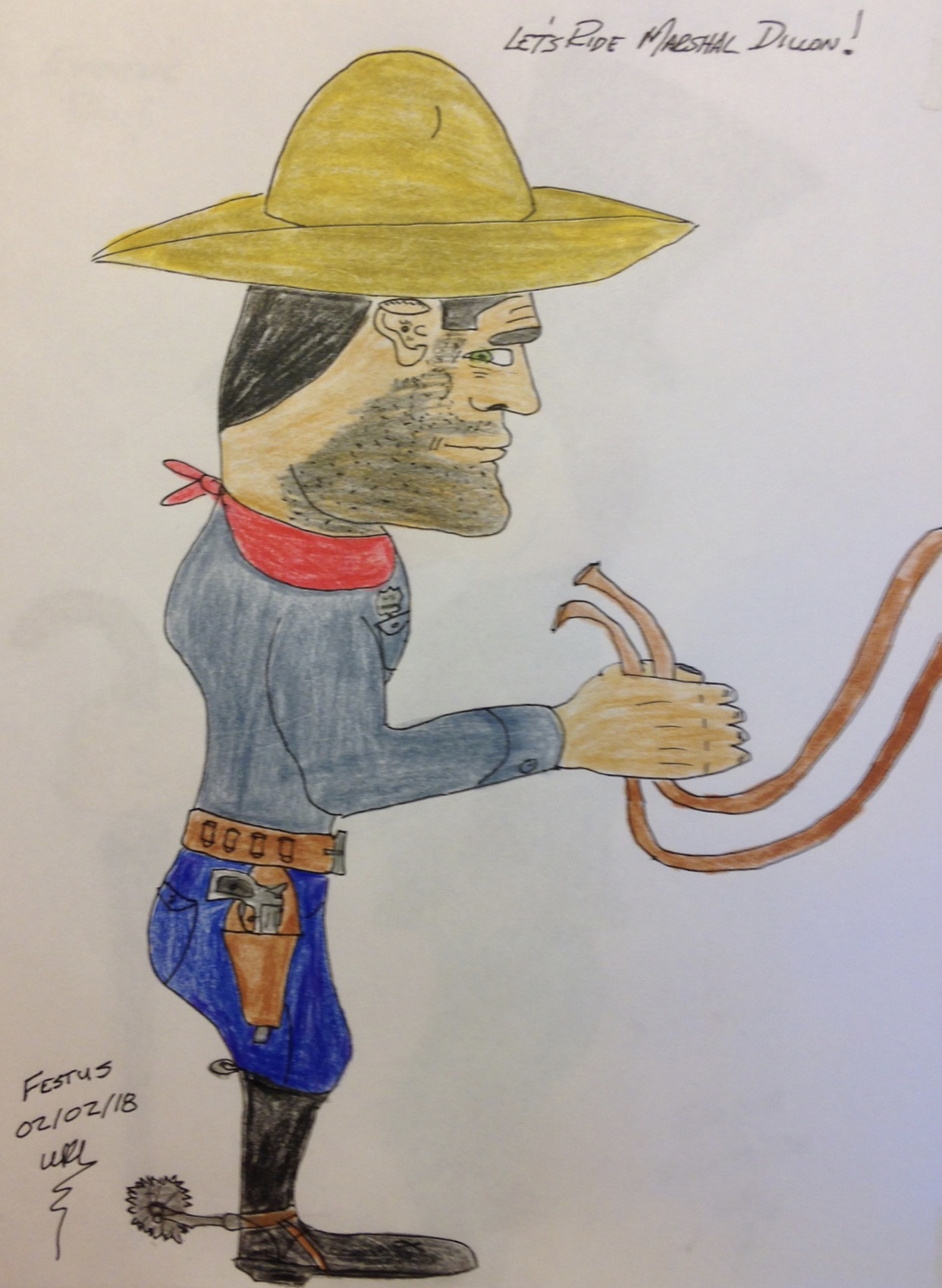 “Doyle” was an English gentleman that wore fine black top hat,
Who I saw in London when I worked there very near his flat,
Always carrying a light blue umbrella just in case it might rain.
A butterfly has landed there on his nose there on Shady Lane. 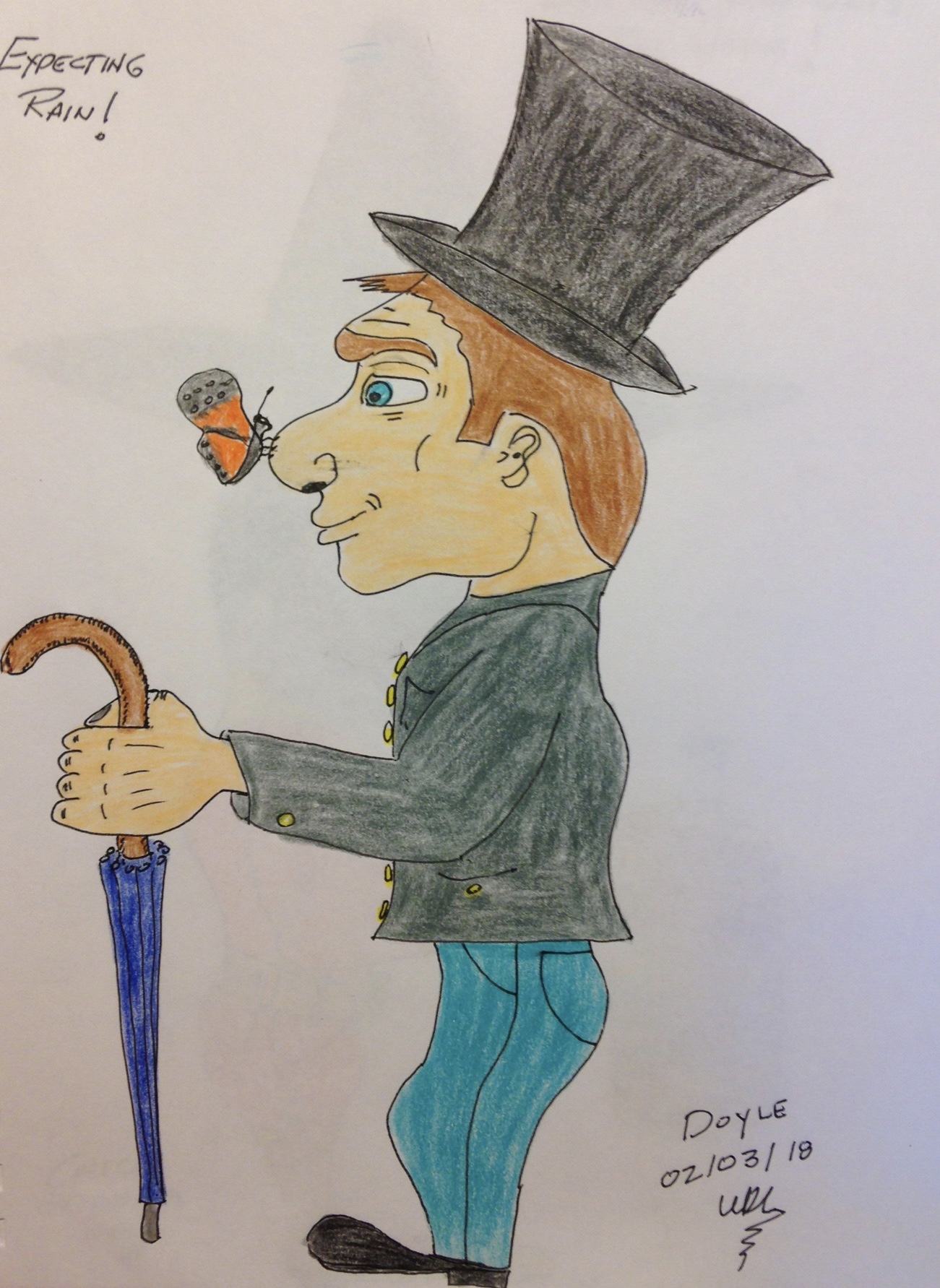 “Cheeco” is a Mexican rancher after a hard day out wrangling,
Who is fixing to relax celebrating with the boys just a tangling,
With a big bottle of tequila made from that fine cactus juice,
Wondering who will suck in the dead worm past their front tooth. 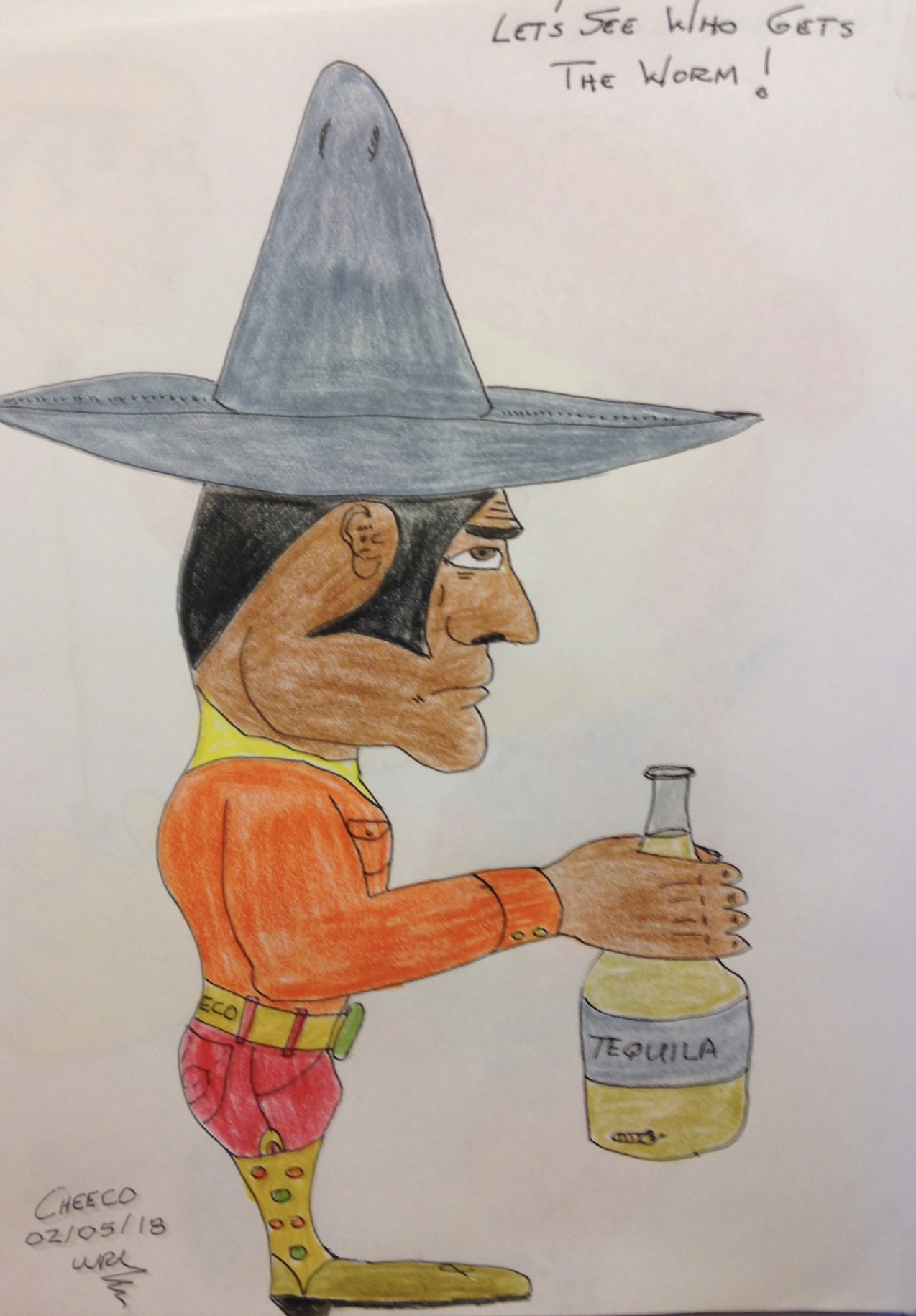 “Bonzo” is a weird looking clown from Ringling Brothers circus,
Who always carried an old man balloon while making a big fuss.
He said that balloon was a spitting image of his dear old dad,
Perhaps that’s why that “happy clown” always acted so sad. 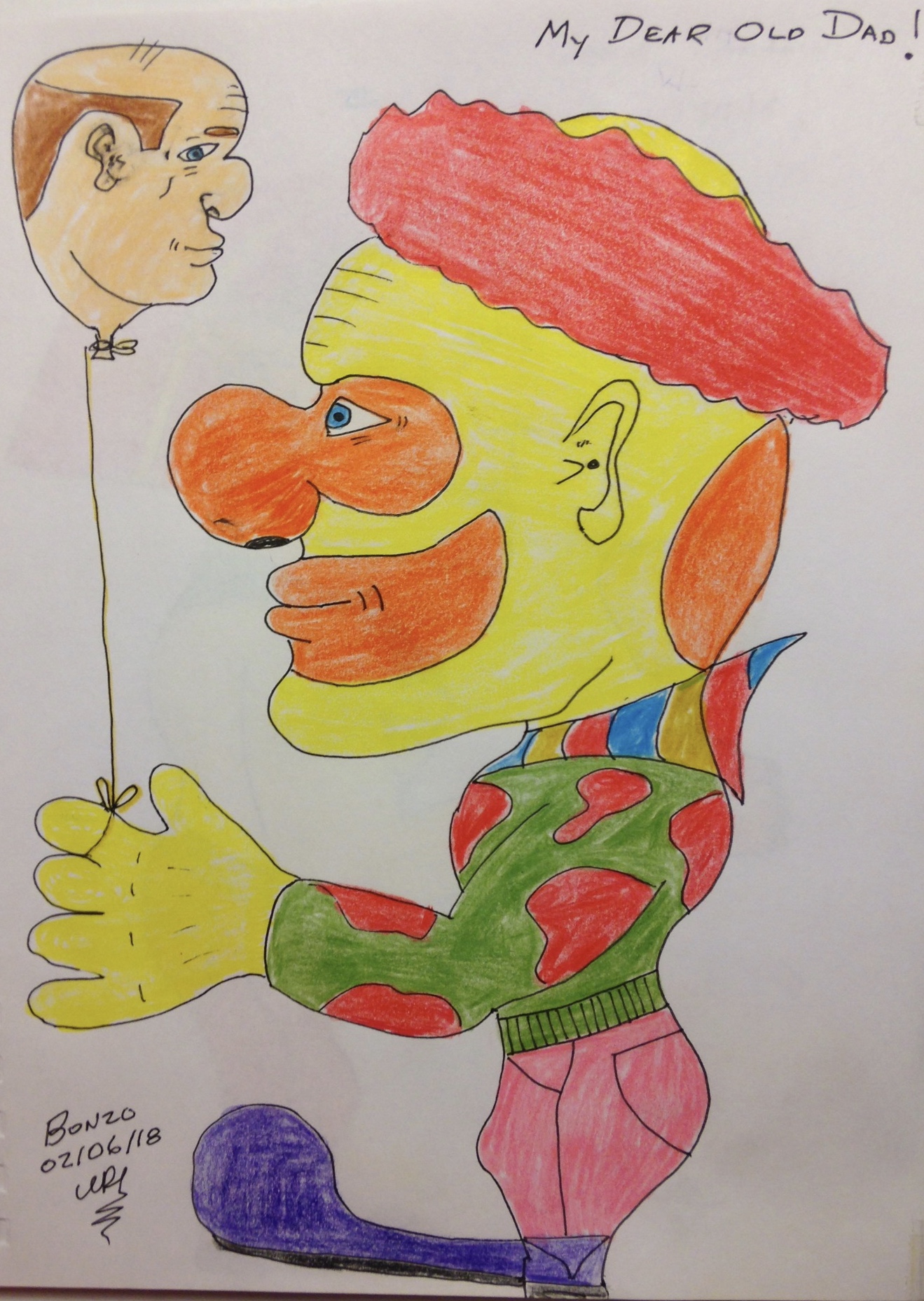 “Kerry” was a guy I once saw on a box of Keebler Nilla Wafers,
Who had big ears and, of course, a big head for good flavor.
I guess young Kerry was tired of eating his fine cookies then,
As he was eating a caramel candied apple with a big ole grin. 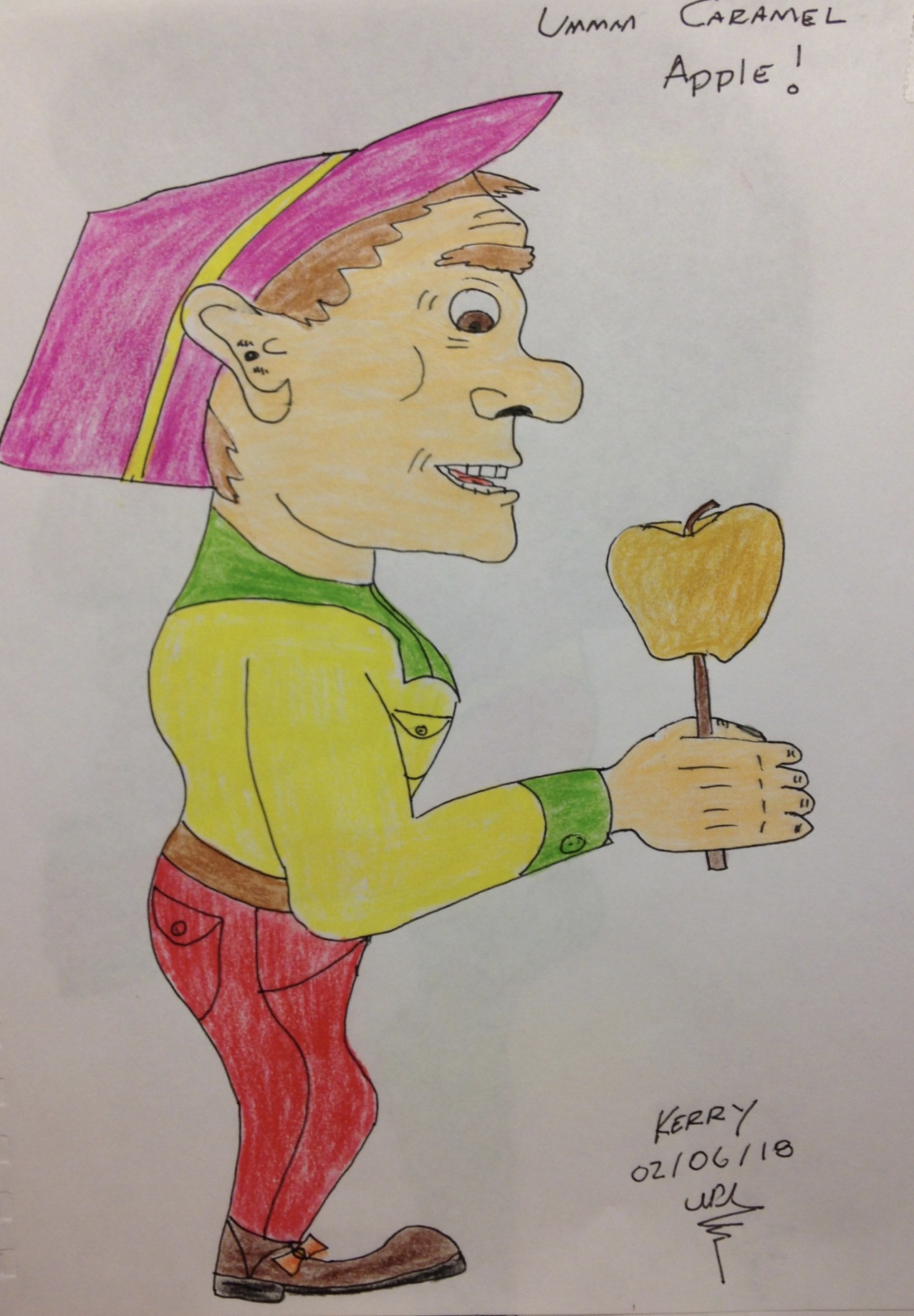 “Sammy” was a guy I remembered that ran with the Rat Pack.
There was Sammy, Frank, Dean, Peter, and Joey looking back,
Out there in Las Vegas running so wild and free performing live,
My favorites were Frank, Sammy, and Dean singing all that jive. 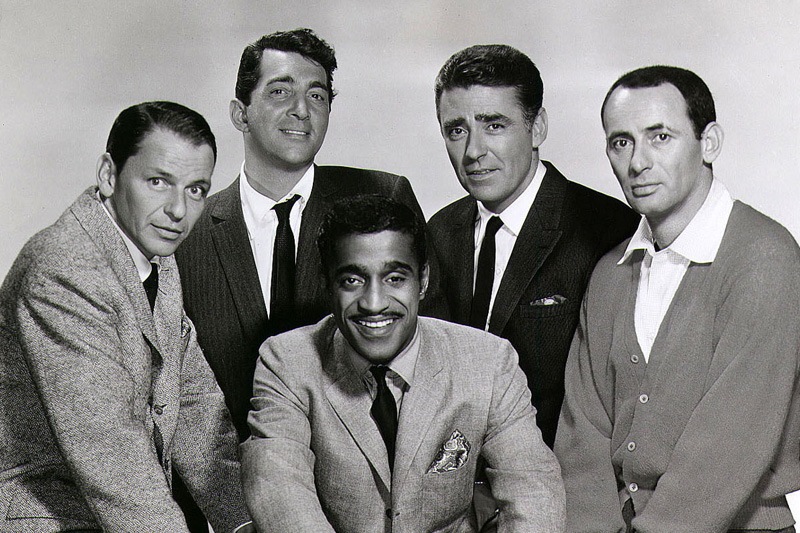 “Ward” is an actor that led the Wagon Train west on the TV,
Through some very hard times out on the trail for us all to see,
I seem to recall Ward catching a turtle from a small little creek,
Then fixing a big pot of turtle soup for the group to all eat. 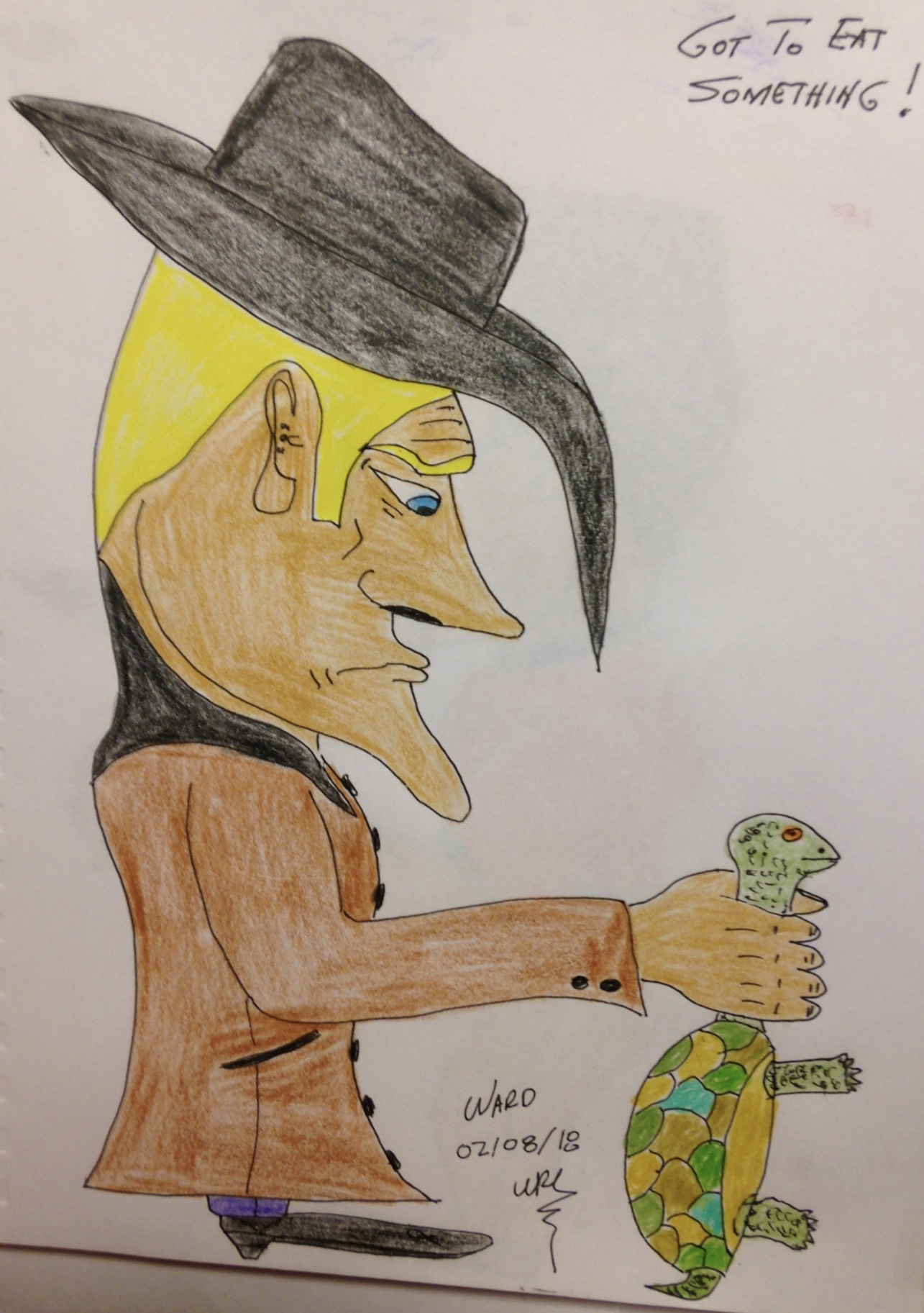 “Howie” is a TV Fox sports announcer specializing in NFL football,
As long as I can remember he has worn a flattop haircut so tall.
I remember watching him play football for the Oakland Raiders,
When he was one of the best and always a big Kansas City hater. 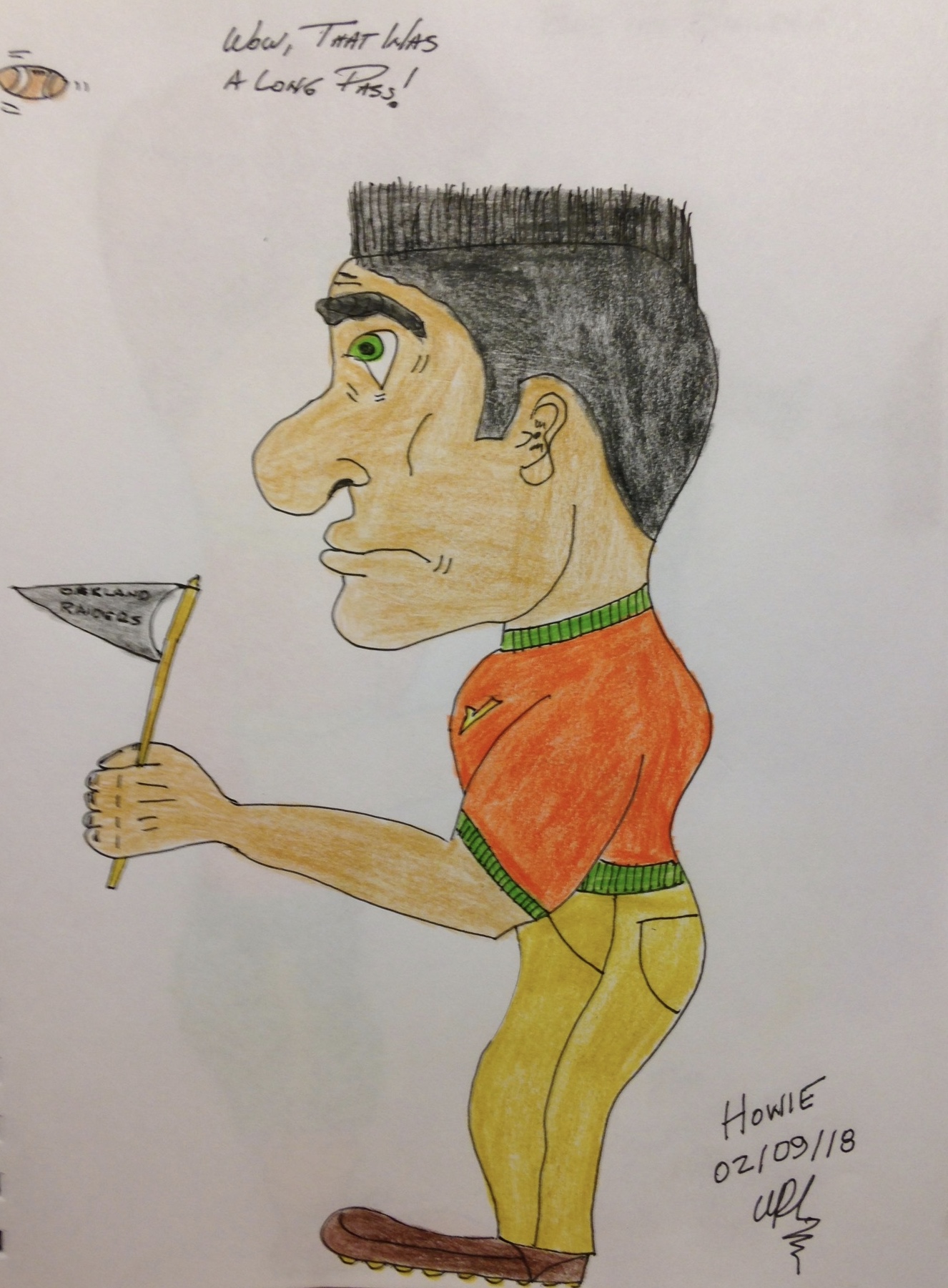 “Bob” is a builder I remember seeing a lot of back a few years,
As my grandson Ben loved Bob on TV building things on there.
Bob wore a hard hat, coveralls, and a tool belt as he did build,
But here he is home relaxing as he hammers and then drills. 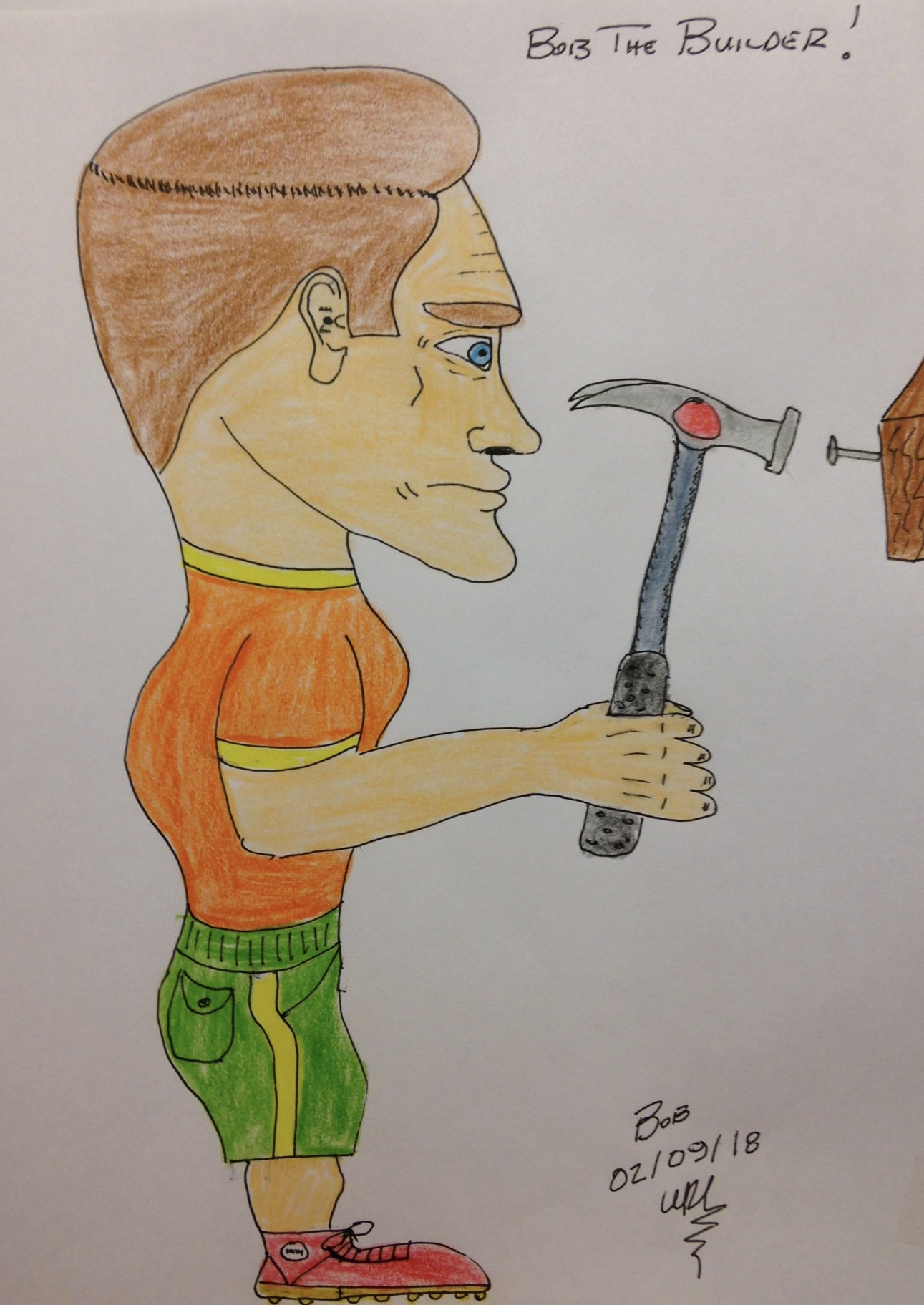 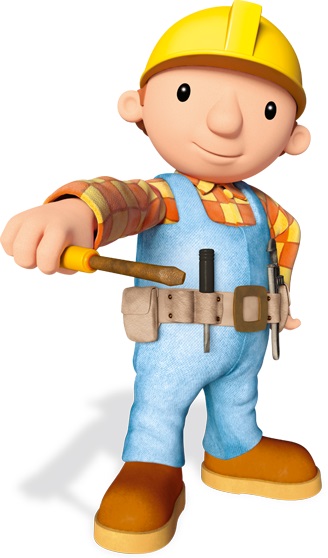 Thanks for reading Lampoon Toons,
Bill