Dancing with the Stars

I have heard stories of others having the good fortune of running into famous stars and getting to meet them, but I didn’t think it would ever happen to us. What actually happened was beyond anything I could have imagined. Here’s the story.

Dancing With The Stars

In July, 1995, we attended the National Clogging Convention at the Grand Old Opry Hotel in Nashville, Tennessee. My youngest daughter, Tamara, was performing in the grand finale show with her clog team. One evening we had some free time, so we looked up a 5 star Italian restaurant and made reservations for our family (Bill, Pam, Kristi, and Tamara) and another family (Ellis,Brenda, and April) for dinner that night. We arrived at the restaurant and there was someone just getting out of a super long white limousine. We crossed paths with super star country singer, Tanya Tucker, at the walkway into the restaurant and she was extremely cordial talking to us, posing for pictures with us, and signing autographs for us. She went on into the restaurant and we followed a little later. It turned out that we got the table right next to her party and we continued to talk all during dinner. My wife told Tanya I had all of her LP record albums ( which was true) and she seemed to be very happy about that. After dinner she asked to see the girls (Tamara, Kristi, and April) clog dance a little. They clogged for her right there in the restaurant. Tanya then showed us how flexible she was by standing on one leg and lifting the other leg straight up beside her body. It was truly amazing. As we were getting ready to leave, Tanya invited us to come to her favorite Nashville honky tonk and she would save us a table right by the dance floor. When we got to the honky tonk, she had us a table ready. After a while, she came over to our table and ask old Hawg Jaw Bill if he would two step with her. So, I jumped at the chance and I got to Dance With The Star. She liked to dance very close and I enjoyed the dance tremendously. Later she put on a special singing show on the stage with the live band. We had a wonderful evening and I can’t remember having to pay for any of the drinks that night. Thank you, Tanya for showing us what a real special person you really are. Oh, sorry Ellis you didn’t get to Dance With The Star that night. 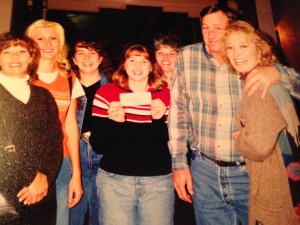 From left to right Brenda, April, Kristi, Tamara, Pam, Eillis, Tanya on the walkway into the Italian Resturant 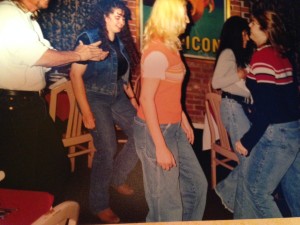 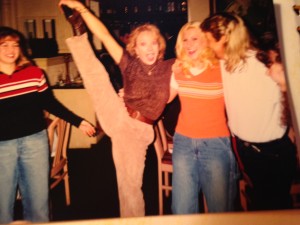 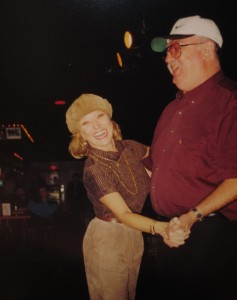 Tanya and I two stepping in Nashville. 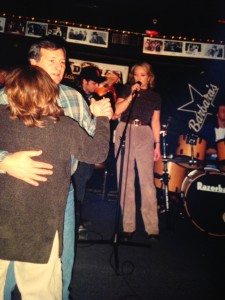 Ellis and Brenda dancing to one of Tanya’s songs.

Thanks for reading Dancing with the Stars.
by Hawg Jaw Bill