When I was drafted into the Army at age 25, I was working as a process engineer for Phillips Petroleum Company. I took a 95% cut in pay. However I was proud to serve my country and I learned some things and had some experiences that helped me in later life. This story provides a small sampling of those experiences.

I spent most of 1970 serving with the Army on Artillery Hill in Pleiku, Vietnam, I was 26 years old at the time. My main job was stocking and replacing necessary parts for the ten OH 58A helicopters we operated. I had to pick up parts everyday at the Main Army Facility on the other side of Pleiku. I kept a diary while I was there and I thought it might be interesting to pull a few excerpts from that diary to describe the activities for some of my time there. I have written the notes exactly as they appear in my diary, but I have included items in parenthesis for clarification.

“Late last night at 0100 hrs a soldier in the Hootch ( living quarters) next door was shot in the chest with a 45 – He died a short time afterward – It was apparently an accident – Today when I went to the 604th TC ( main Army parts center) to pick up parts – they were scattered all over the place – it seems a 122 mm ( millimeter) rocket hit right square in the middle of the main parts building last night – No parts for a while – Officers are still trying to move us out of our Hootch – Made rounds today to all PX’s ( post exchanges ) to get beer, cigarettes etc – went to bed at 6 PM.”

We did our jobs the best we could, had fun when we could, and were proud to serve our country. 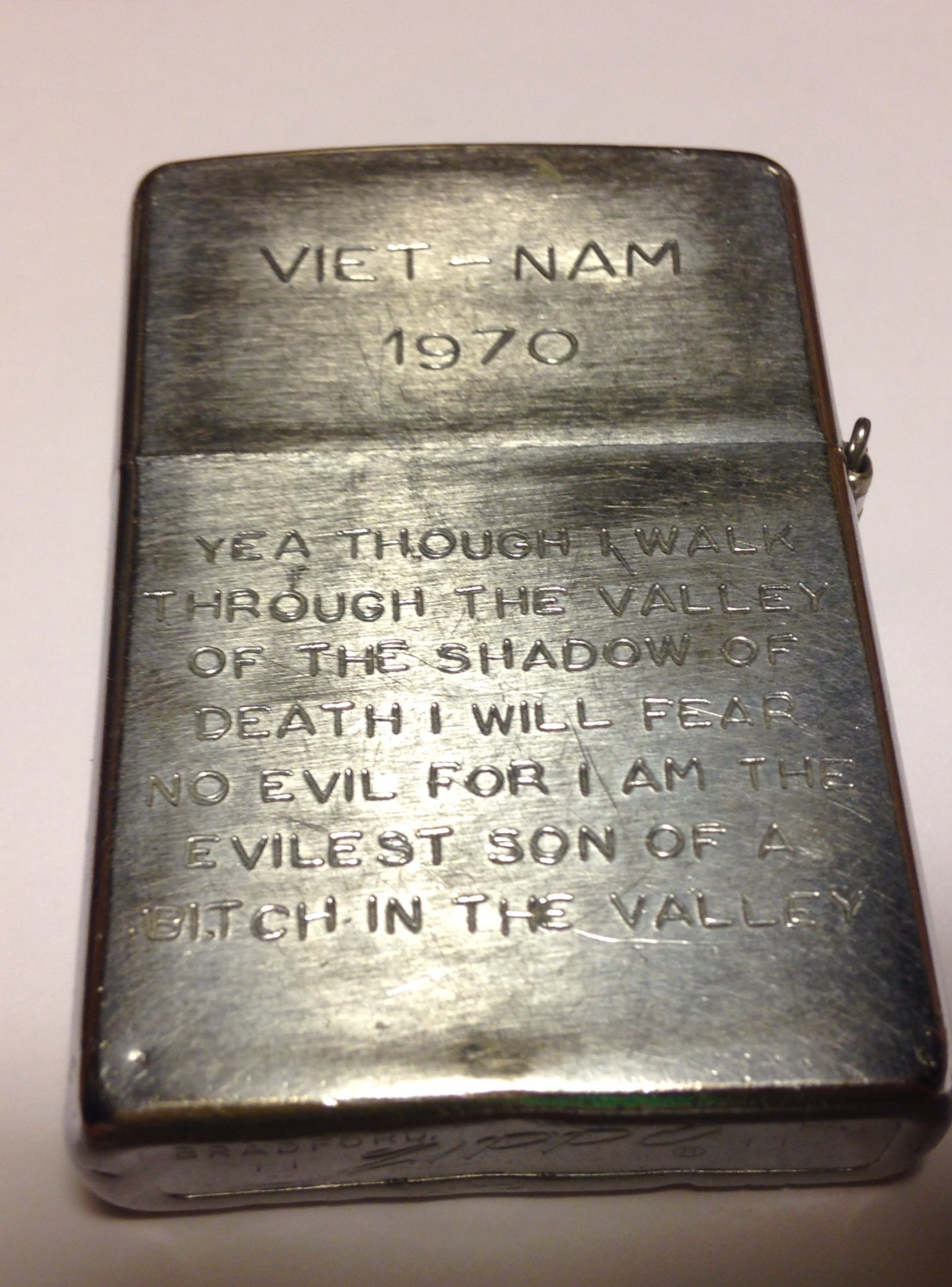 My Zippo lighter from my time in Vietnam 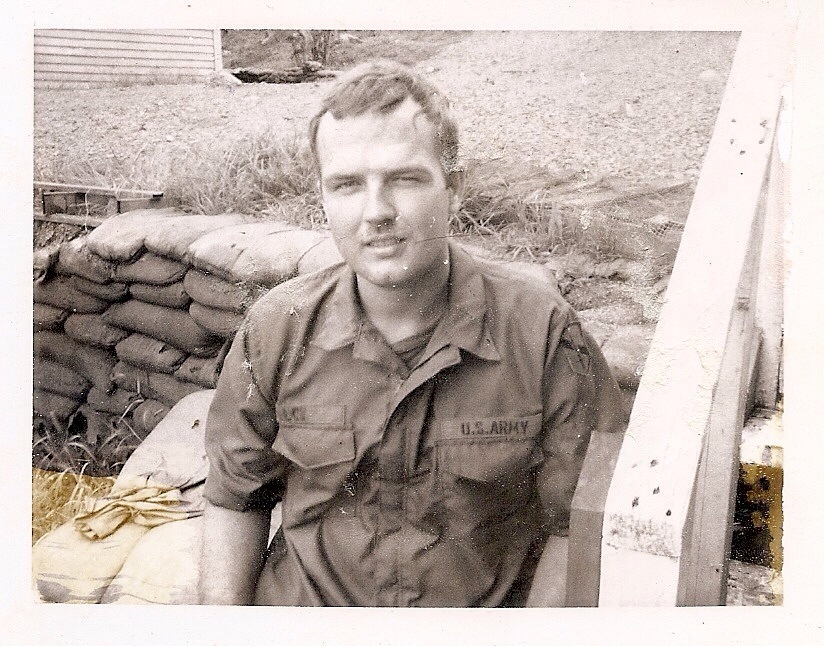 Me in front of a bunker near our hootch. 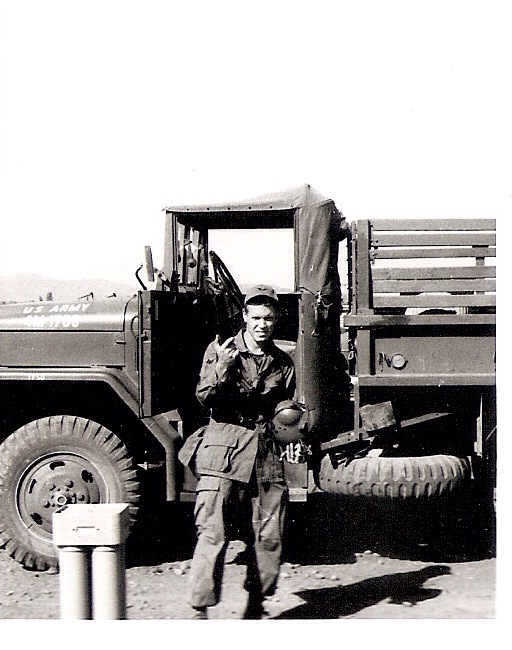 Serrano in front of the Air Section 3/4 ton truck

Thanks for reading Vietnam,