Phillips was a company town built by Phillips Petroleum,
To house employees of many facilities in an oil kingdom.
Life was much different from normal towns in the area,
At least from the recollections of a growing boy so fair.

As I recall, the population of Phillips was 3 to 5 thousand,
And families all made their living working as Phillips hands,
There were no blacks at all in that town where I was raised,
Thus, we were really segregated in our young life phase. 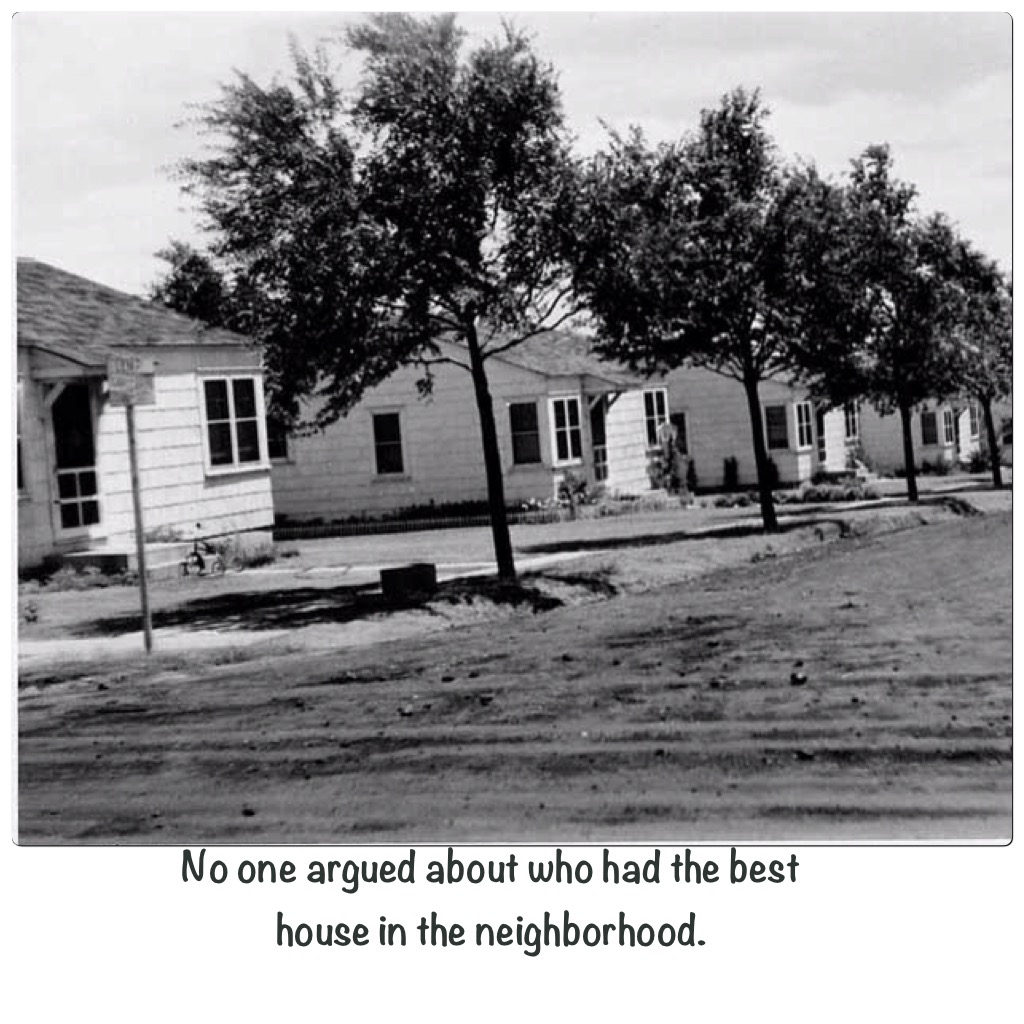 Most of the houses were built and owned by the Company,
With four basic styles that still come to my memory.
There was the shotgun house, and the one bedroom.
Then there was a two and a three bedroom for more room. 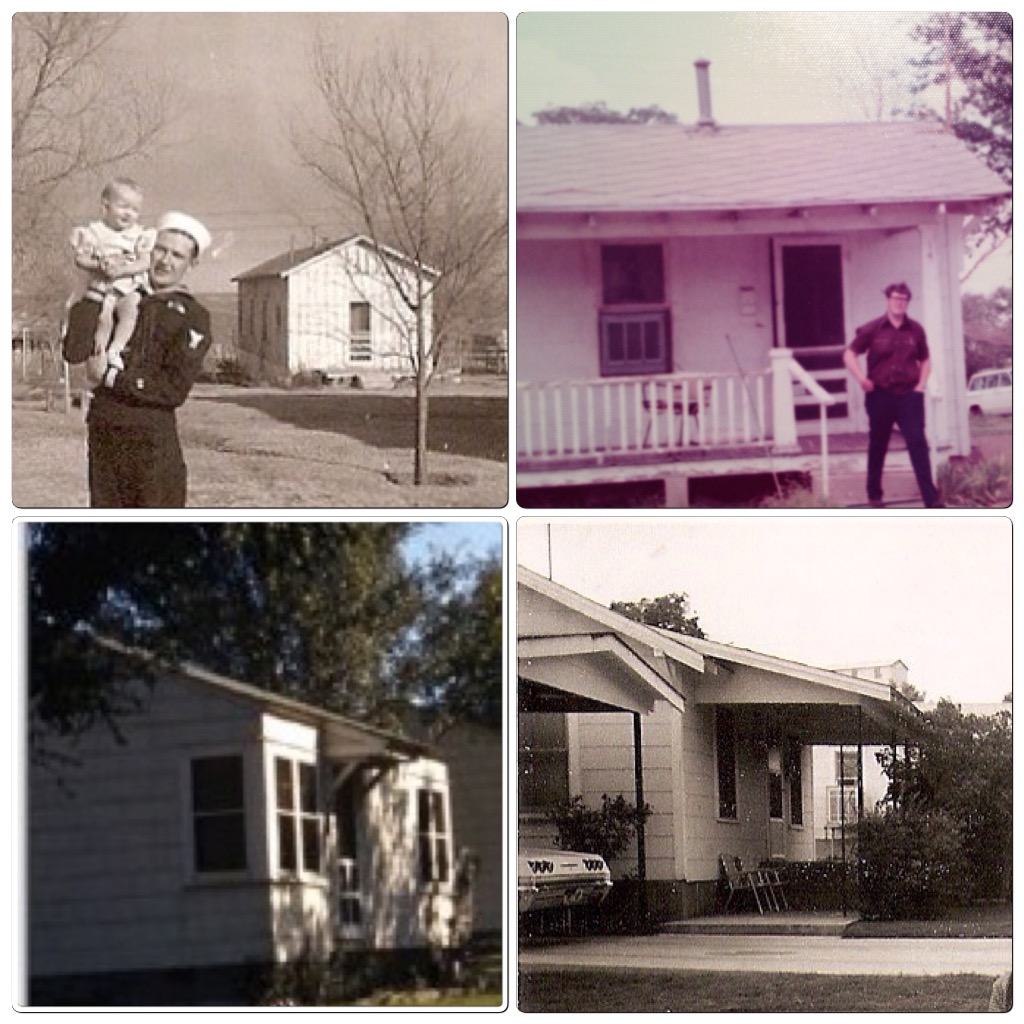 We paid about $25 per month or so rent to live there,
In the two bedroom house on 3rd street so very bare.
There was a small fee for sewer, water, power and gas.
Making living costs low and the employee dollars last. 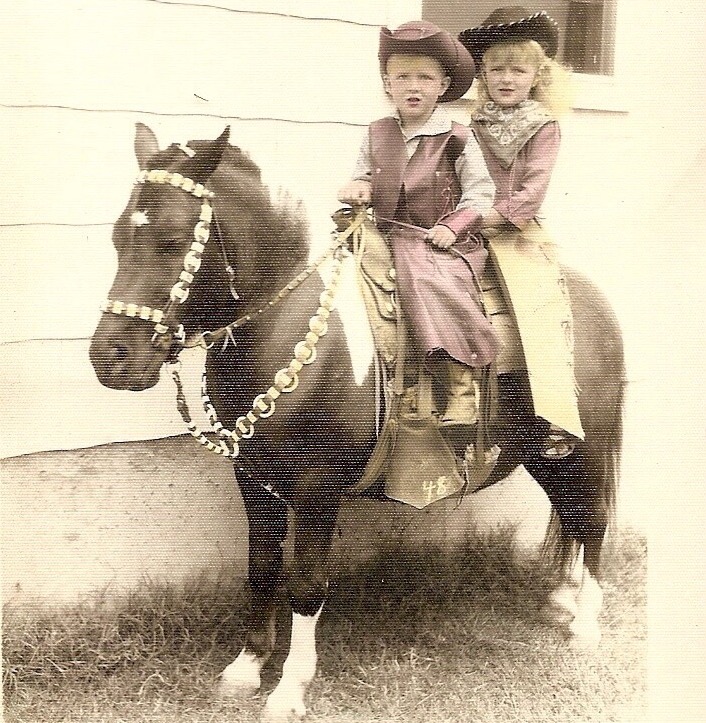 My sister JerrylDine and I beside our home on Third Street enjoying life in Phillips, Texas.

There was an incinerator for about a 20 home perimeter.
Centrally located about 5 feet high and 6 feet diameter,
Gas was piped to each incinerator from the pipe line.
Leaving only cans and metal for disposal in time. 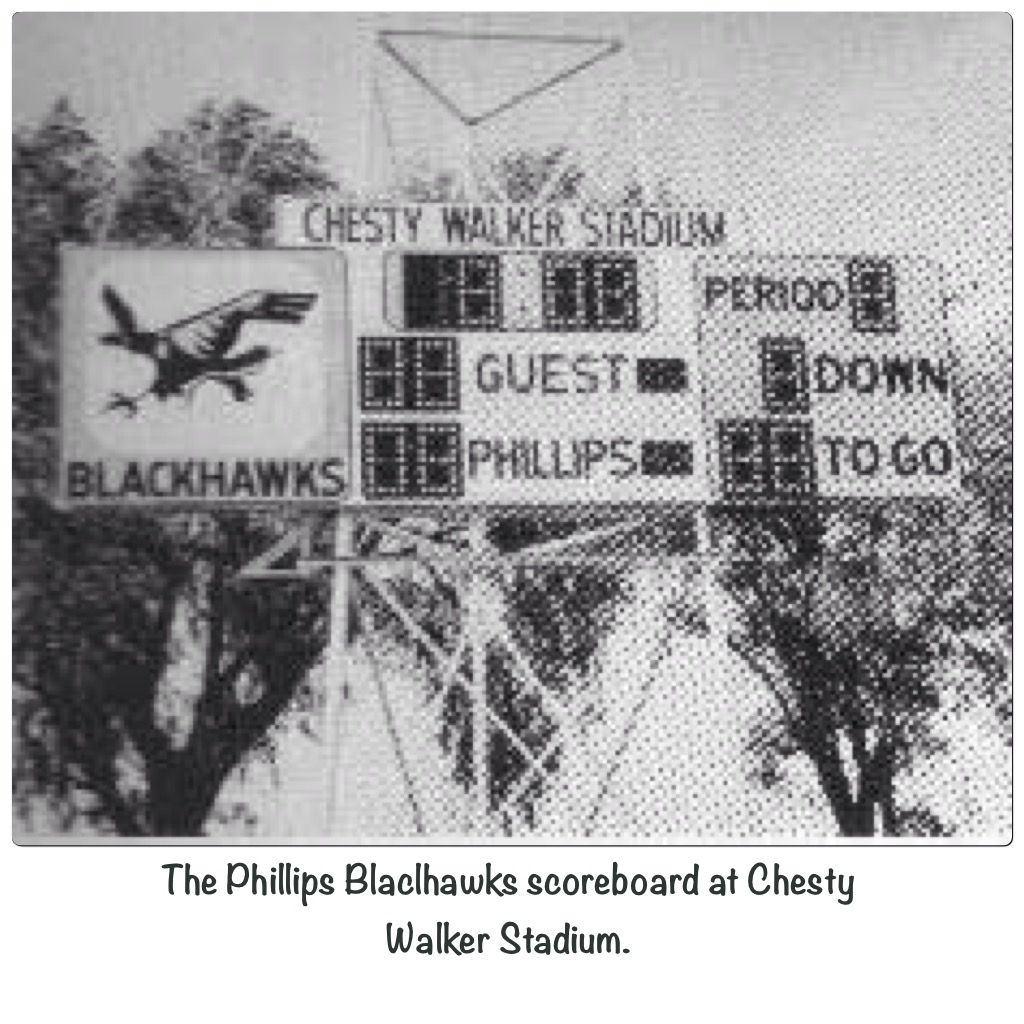 We had a Camp Department who were Phillips employees,
Who hauled trash, maintained roads so nice you see,
And kept the sewer flowing, and the park looking great,
A real fine package for the employees and their mates.

We had a grocery store called Olstroms right in town,
Later Cut Rate Grocery was built that put Olstroms down.
There was a drug store called Jolly’s that was so neat,
There in old Phillips near Olstroms across the street. 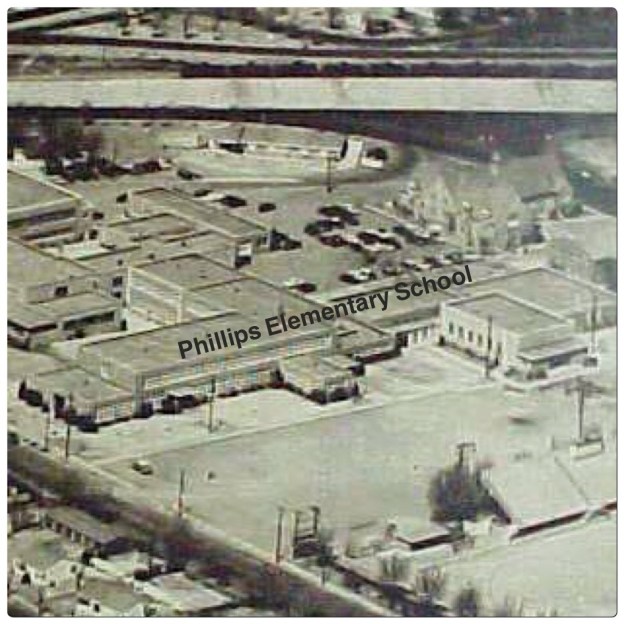 The Phillips Elementary School with Chesty Walker Stadium visible at the bottom. The churches are off to the right.

We had a Phillips filling station called Jacks there too,
And a fine restaurant called Sutphens serving barbecue,
We had a post office right there on the Main Street,
And a movie theater in the early years that was so neat. 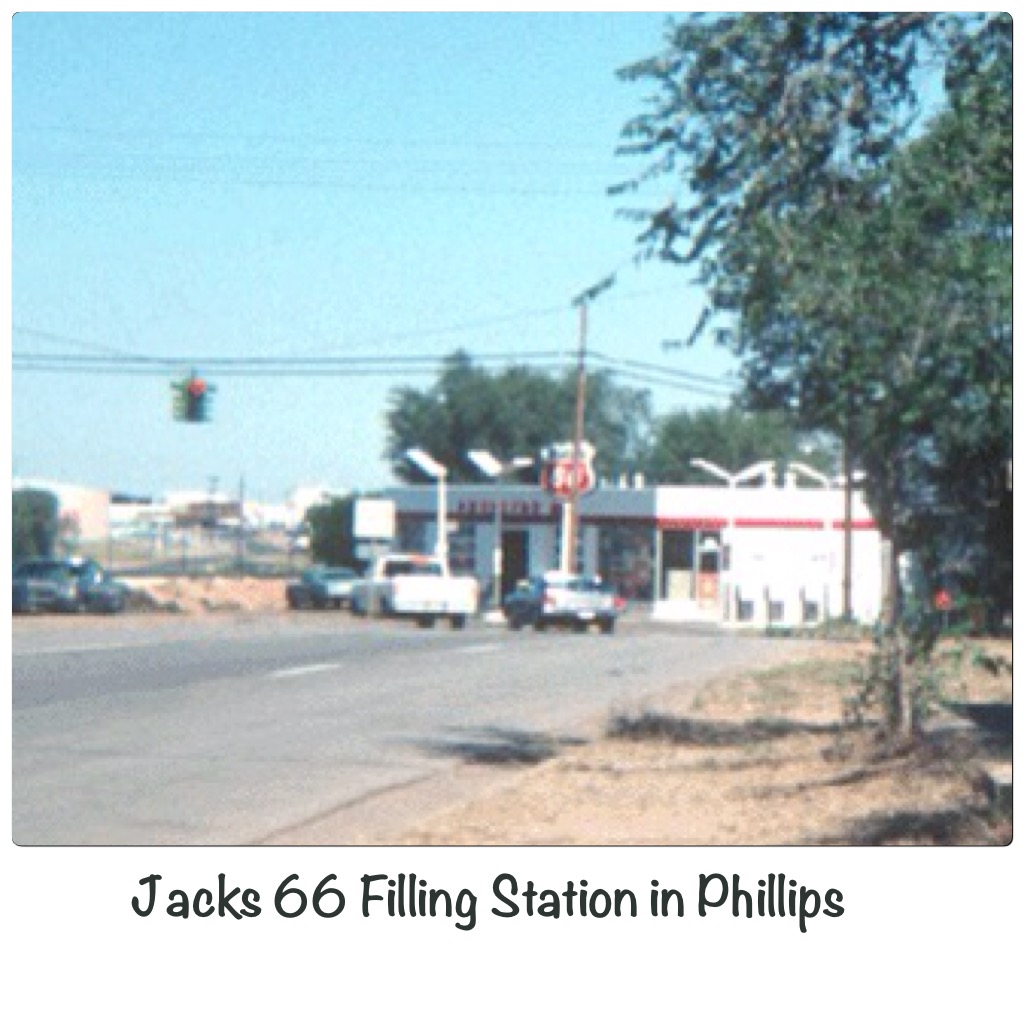 There were two very fine churches for all to attend,
Both Baptist and Methodist for the towns good friends.
And a great Park just across the street for kids to play,
What a great place this was for our families to stay. 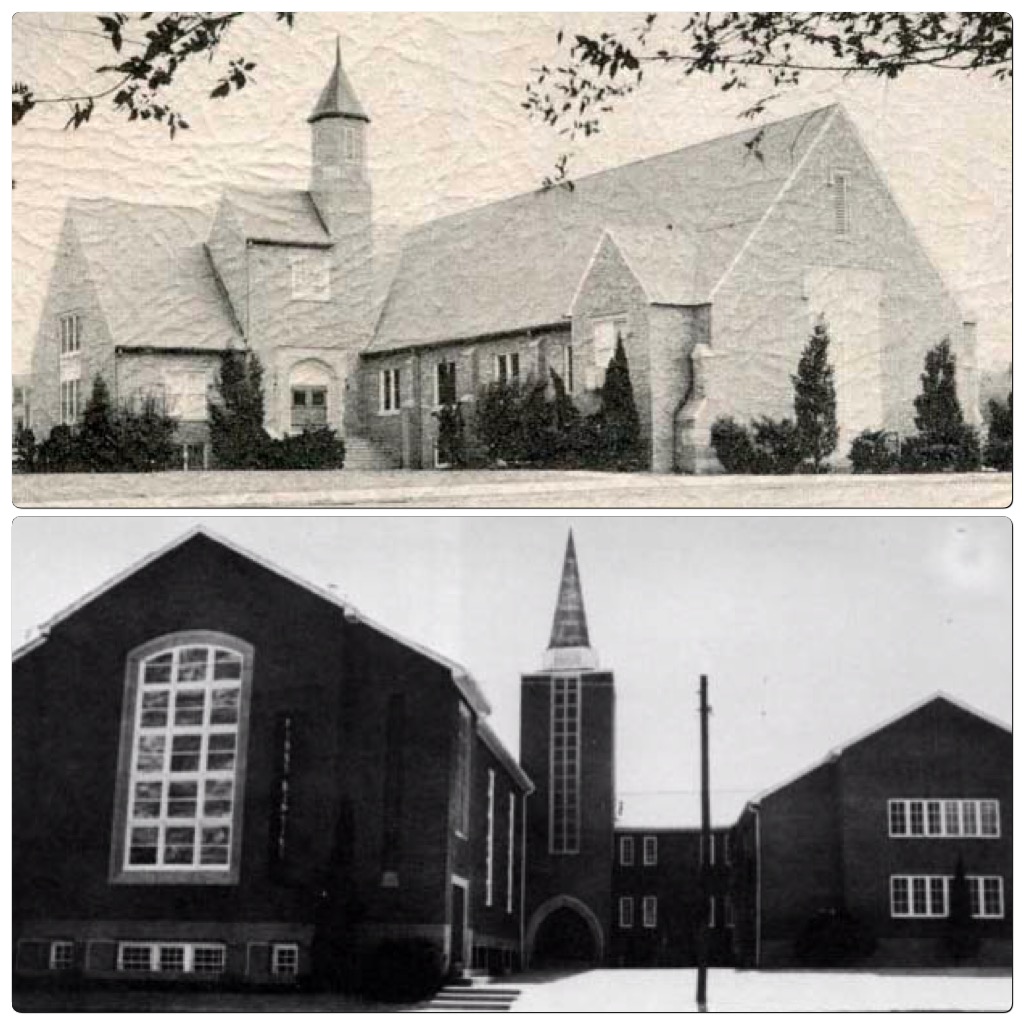 The upper is the Methodist Church and the lower is the First Baptist Church. They sat side by side.

There was a 66 clothes cleaning shop next to the theater,
That always had a stream blowing lint out in hot air.
When we walked by on cool days we stopped there,
To warm up standing in the hot air blowing our hair. 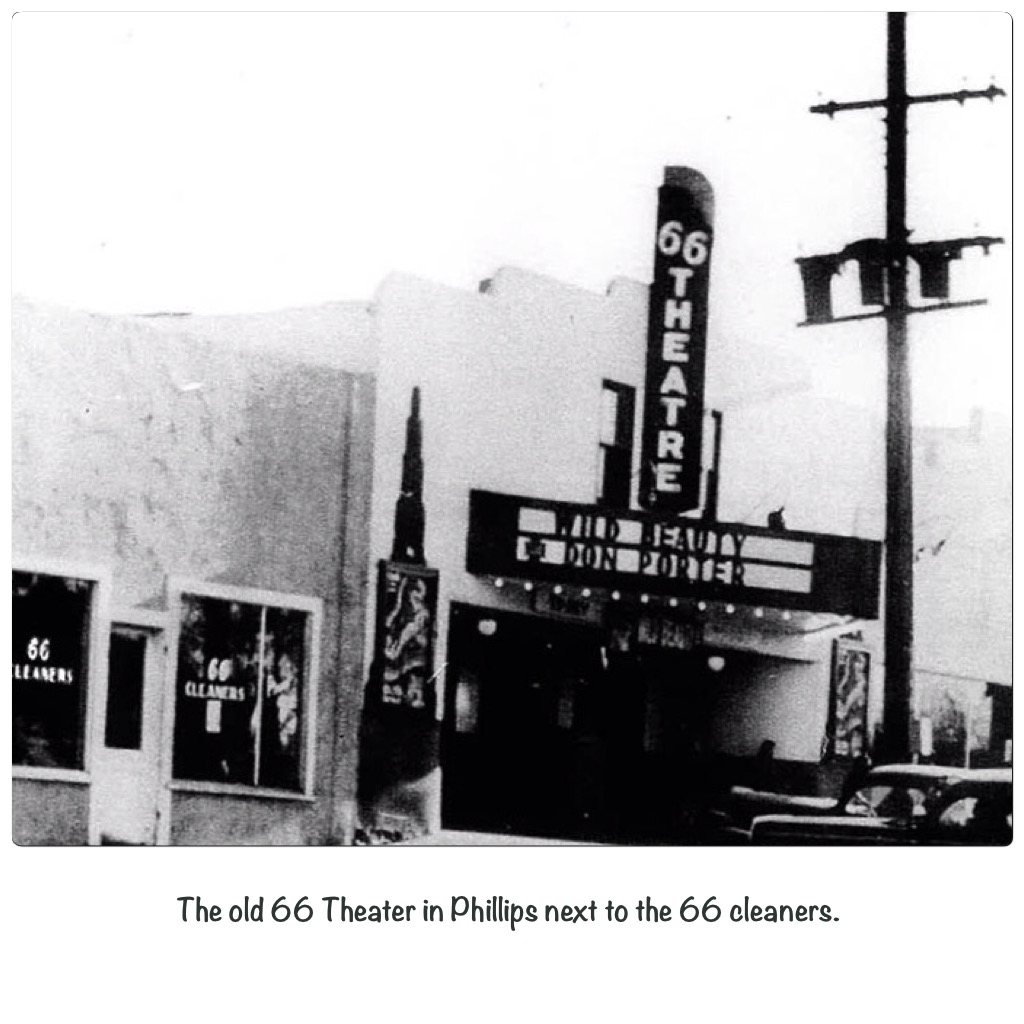 The Phillips School was the greatest in the world,
Just a great school for all the towns boys and girls.
There was great pride instilled in the students there,
We were all so proud to graduate from High School there, 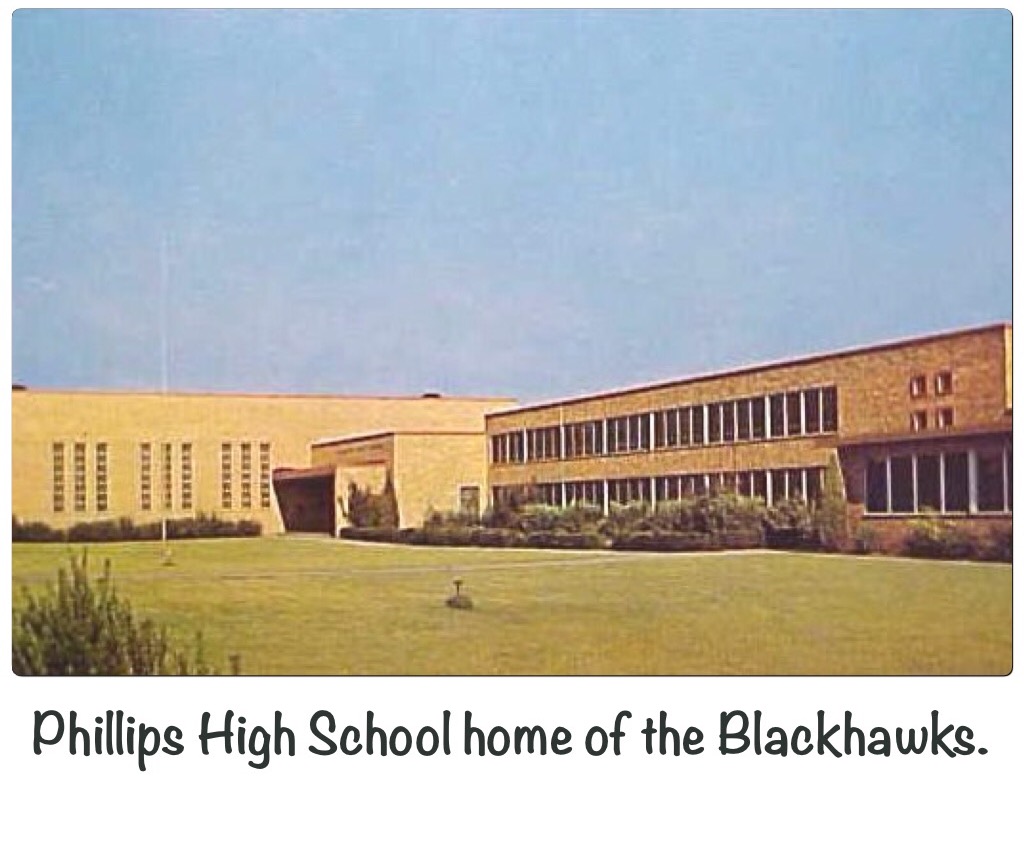 It’s too bad the town of Phillips is no longer on the map,
As it is gone forever and just a good memory to tap.
Those of us that lived the dream in that small town,
Will never forget our time there until we are in the ground. 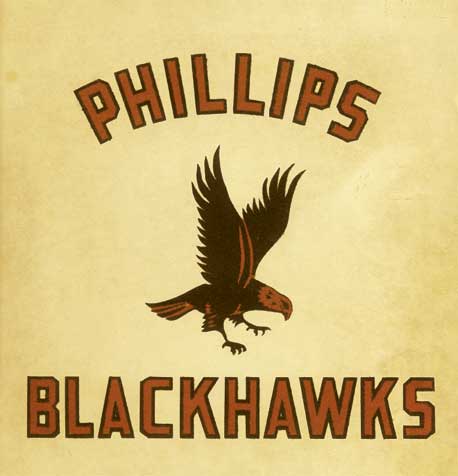 Thanks for reading Life In Phillips, Texas,
Bill