It’s been two years since we laid Buffalo Bob to rest,
On July 7, 2015, when we lost one of the very best.
Back about 1993, we spent two weeks at their cabin,
Up in South Fork, Colorado, on the Rio Grande with our kin.

Buffalo Bob and Brenda asked us to come up and stay,
Spending two weeks at their cabin to have fun and play.
We said sure, we will be there on June 30th or so,
So we got our gear together and to South Fork did go. 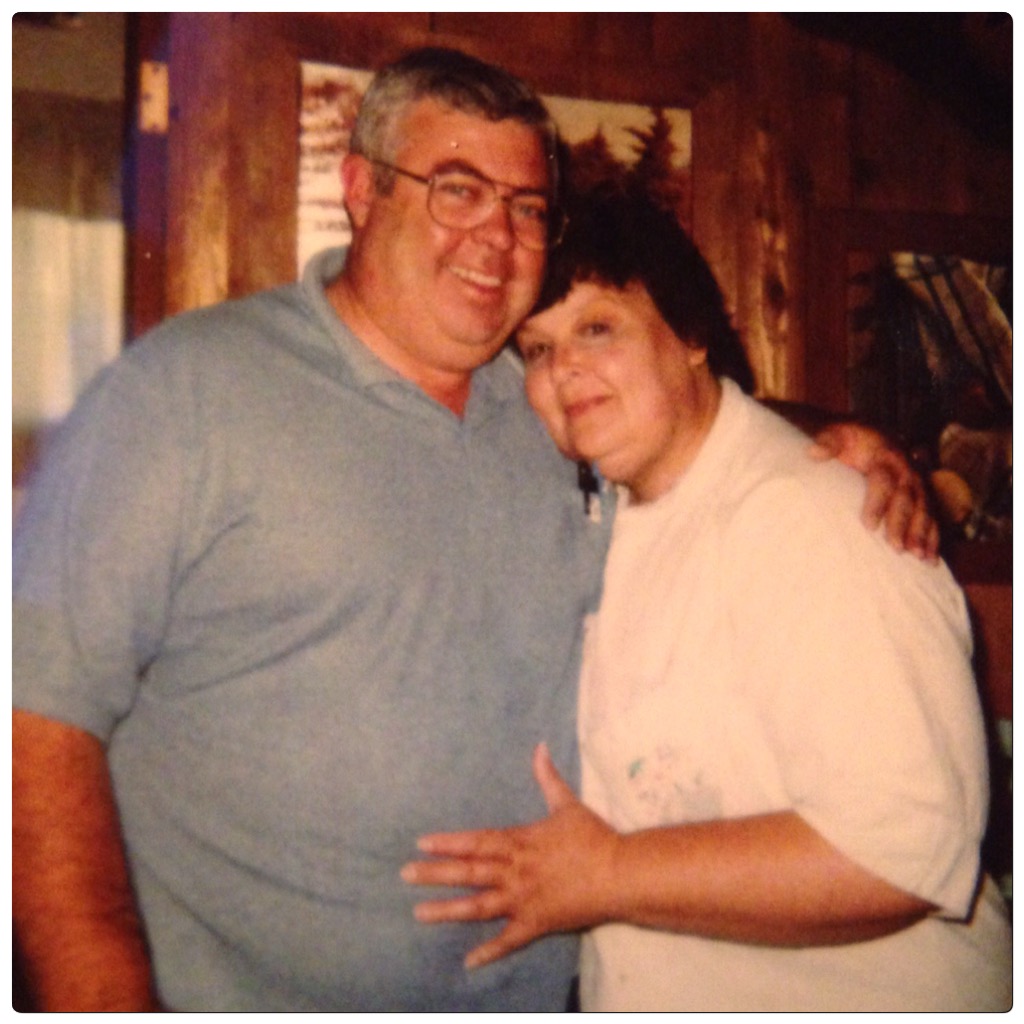 Buffalo Bob and Brenda at their cabin near South Fork.

We drove by Raton, Trinidad, and Walsenburg too.
Then over La veta Pass on to Alamosa right on through.
When we got to Del Norte close to our South Fork stop,
We stopped at Skaff’s Supermarket and there did shop. 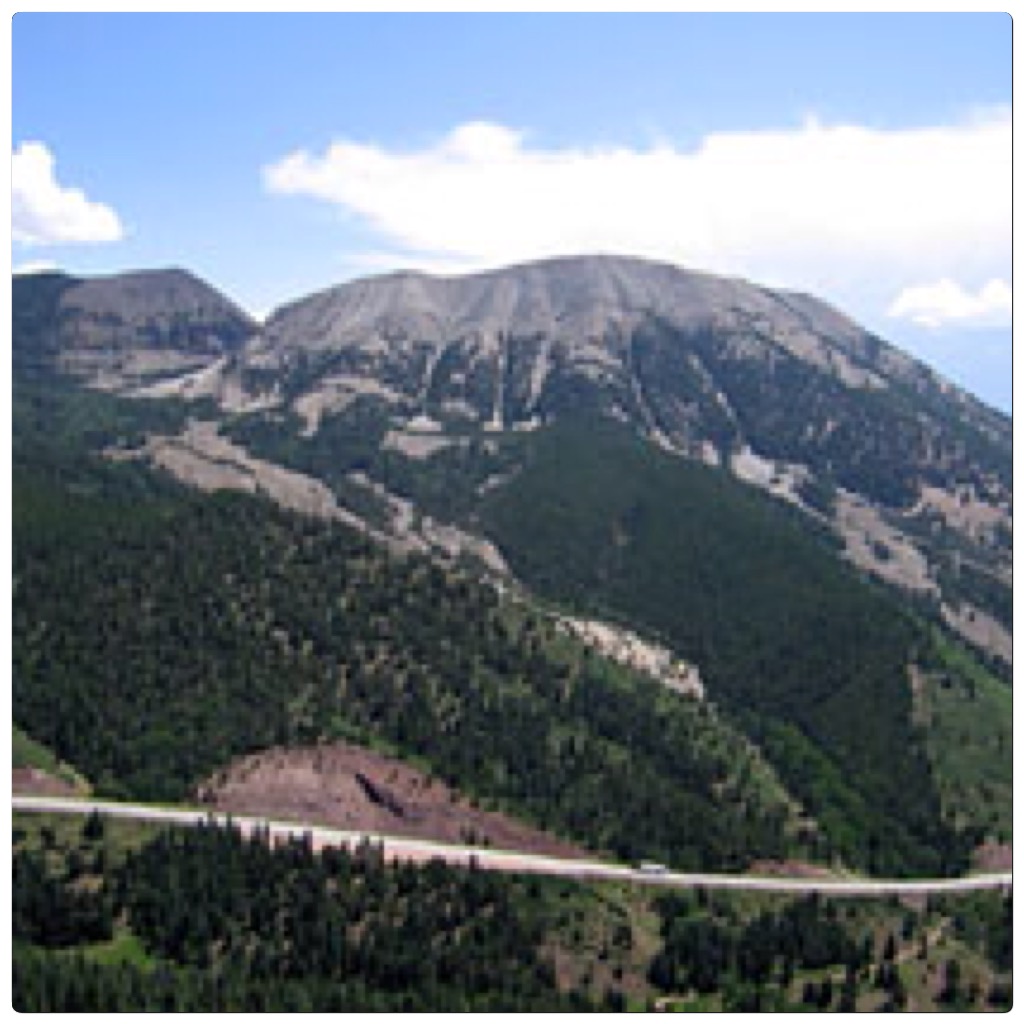 That’s our van running up La veta Pass a while back.

We bought $400 worth of groceries to provide our share,
Of the food items needed as we spent our time there.
And unloaded our stuff after greetings were done.
We were now ready to begin our two weeks of fun. 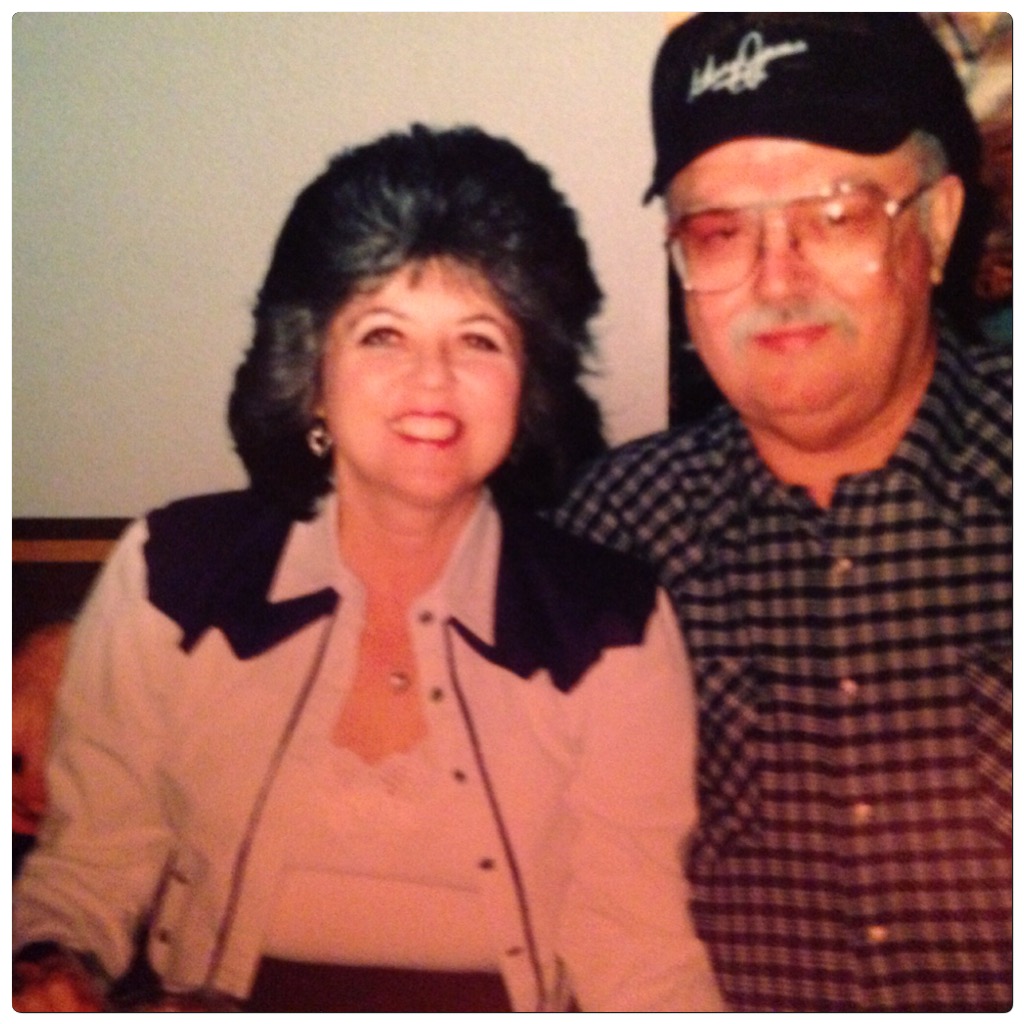 Buffalo’s Mom we called MaMo was up there too,
And they did all the cooking for our big family crew.
Each day Bob made his sour dough biscuits for breakfast,
With eggs, bacon or sausage, and mountain spuds so fast. 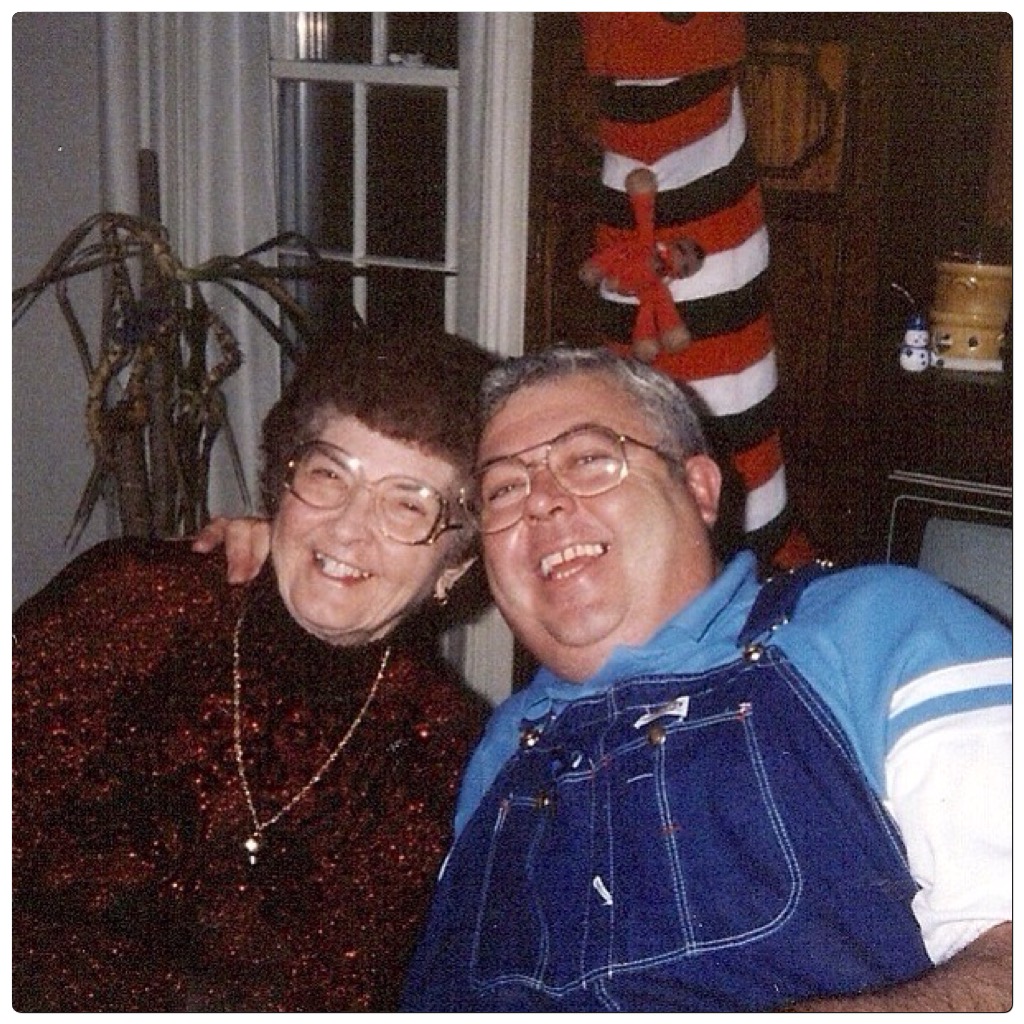 Buffalo Bob and Ruby Evelyn (MaMo) having a good time.

That first day we headed out for a Monta Vista auction.
We saw Rick and Charlene, my cousins in the action.
We bought lots of fun things there to take on back,
To sell at Pam’s antique booth there on her racks. 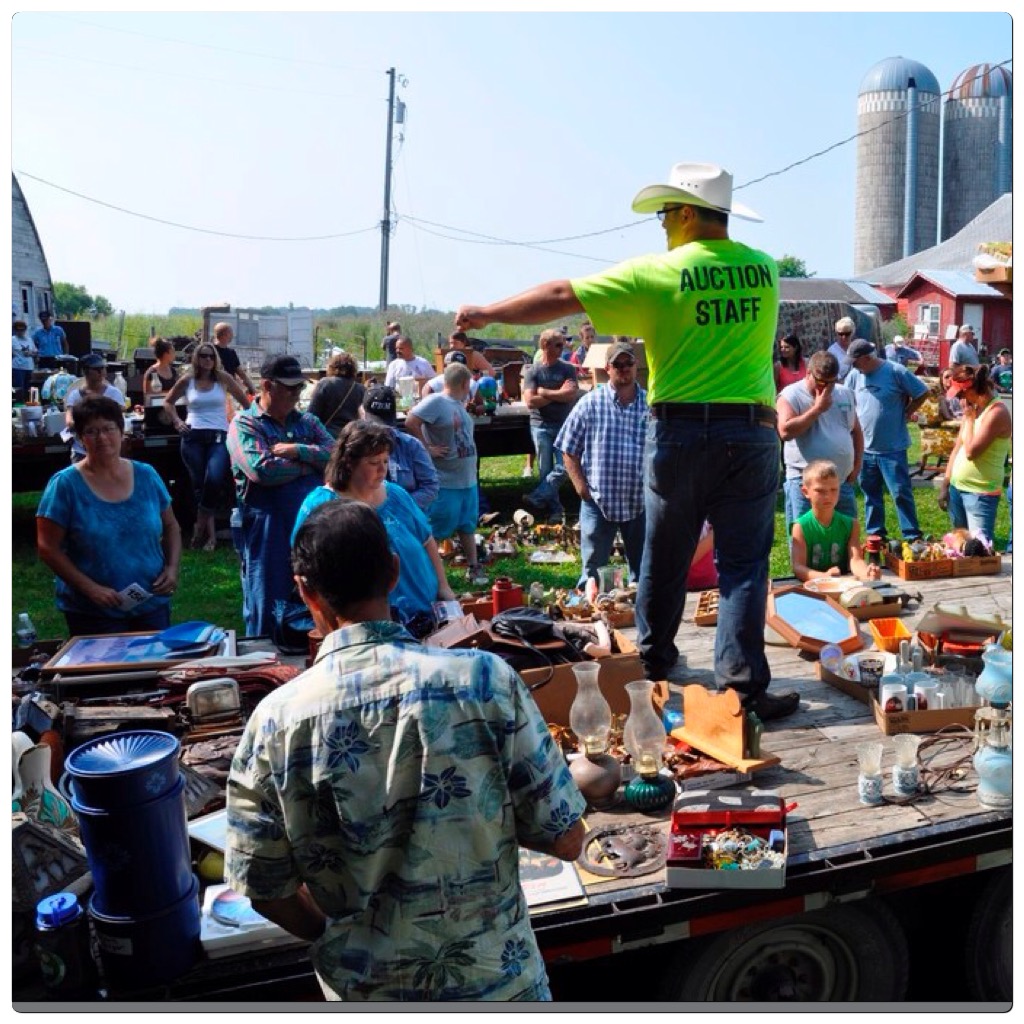 I think I see Rick and Charlene back there at the Monta Vista auction.

We cooked steaks outside the cabin on that evening,
With MaMo’s fried potatoes, and a pot of beans a steaming.
Buffalo Bob and I had some ice cold brews as we grilled,
Thinking “It don’t get no better that this” so thrilled. 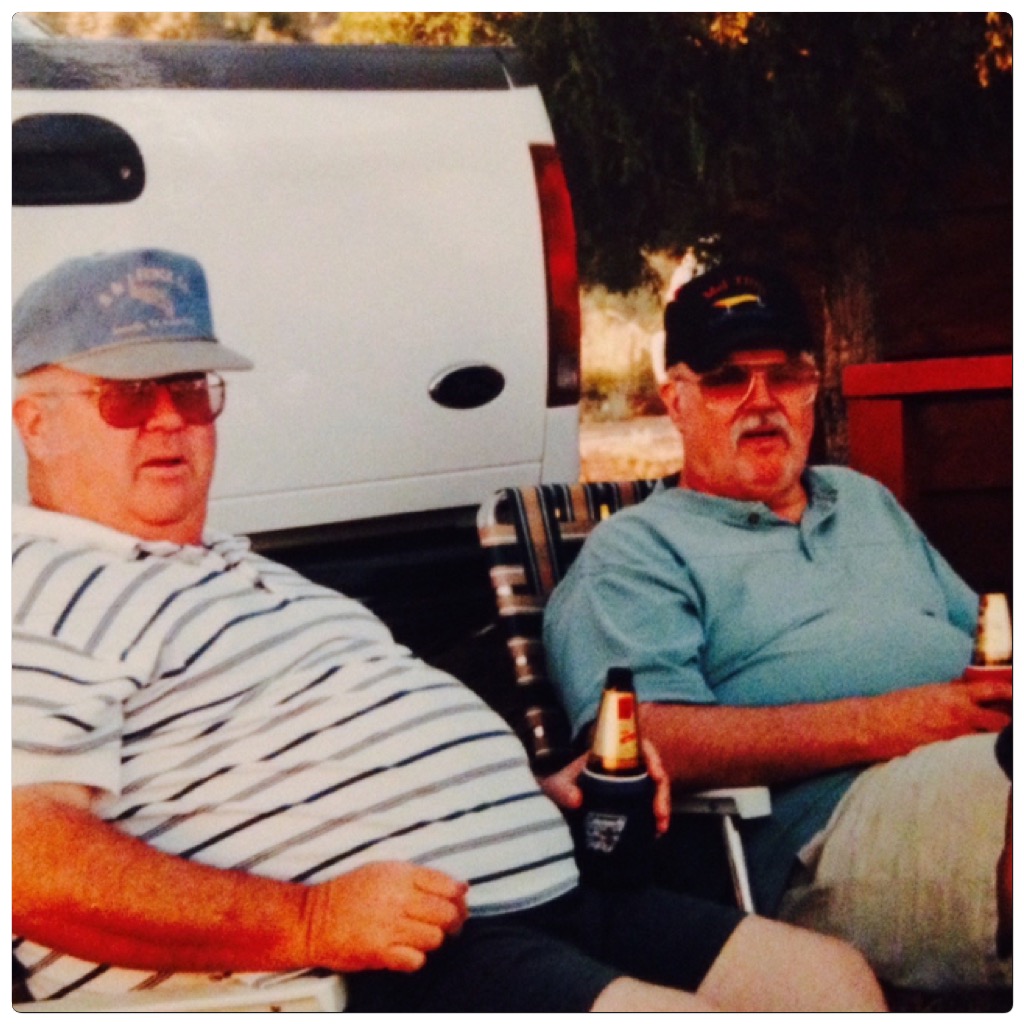 After Bob’s great breakfast with sour dough the next day,
We blew up the 8 man raft and tied it on my van to stay.
We started making 10 mile joy raft runs down the Rio Grande.
Taking all who wanted to go on the scenic run so grand. 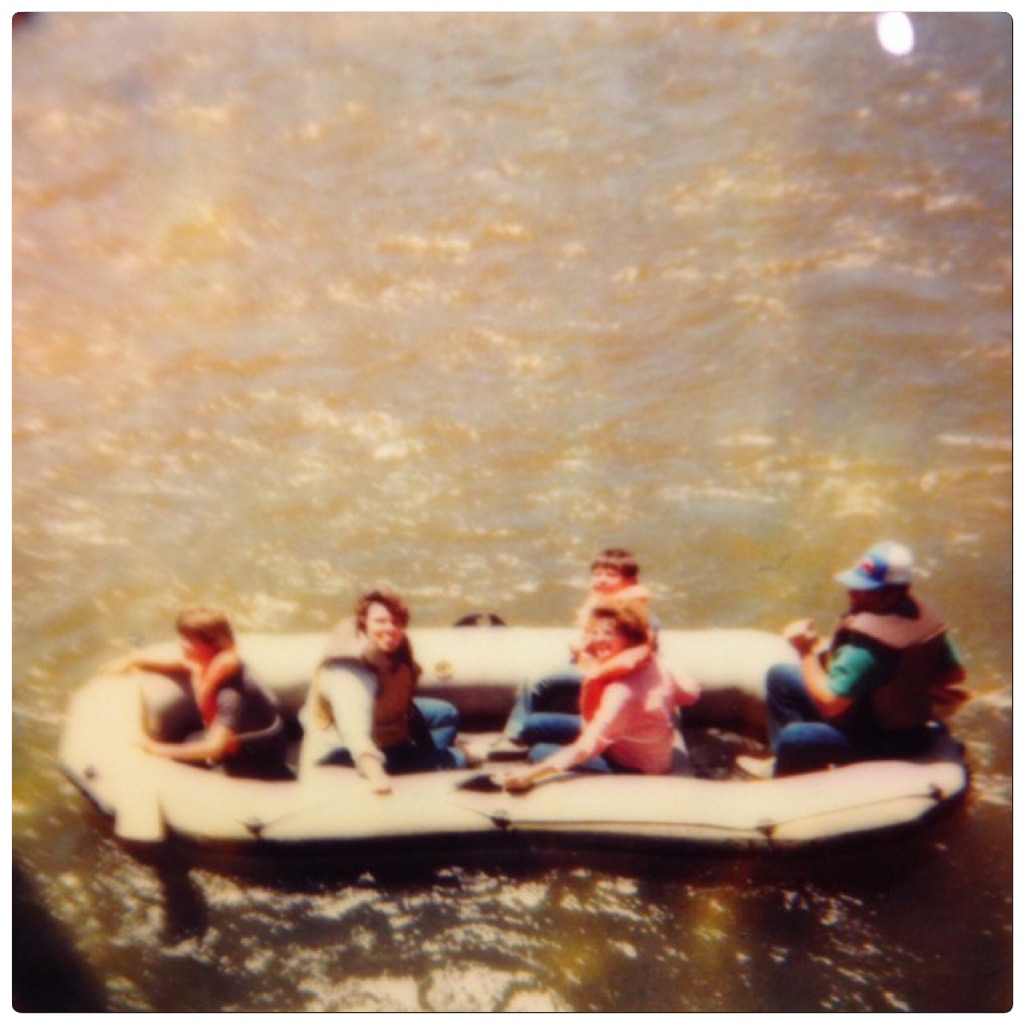 Brenda is on the second seat and Bill’s in the back.

After the joy rides were through, the fishermen did run,
Down that river catching brown trout for lots of fun.
We caught a limit on on each and every raft run down,
Fishing virgin waters not available from the shore ground.

Buffalo Bob fried those trout to a deep golden brown,
With mountain potatoes and corn as we all ate them down.
Loving every second of our time there with each other,
Having fun and later playing evening games together. 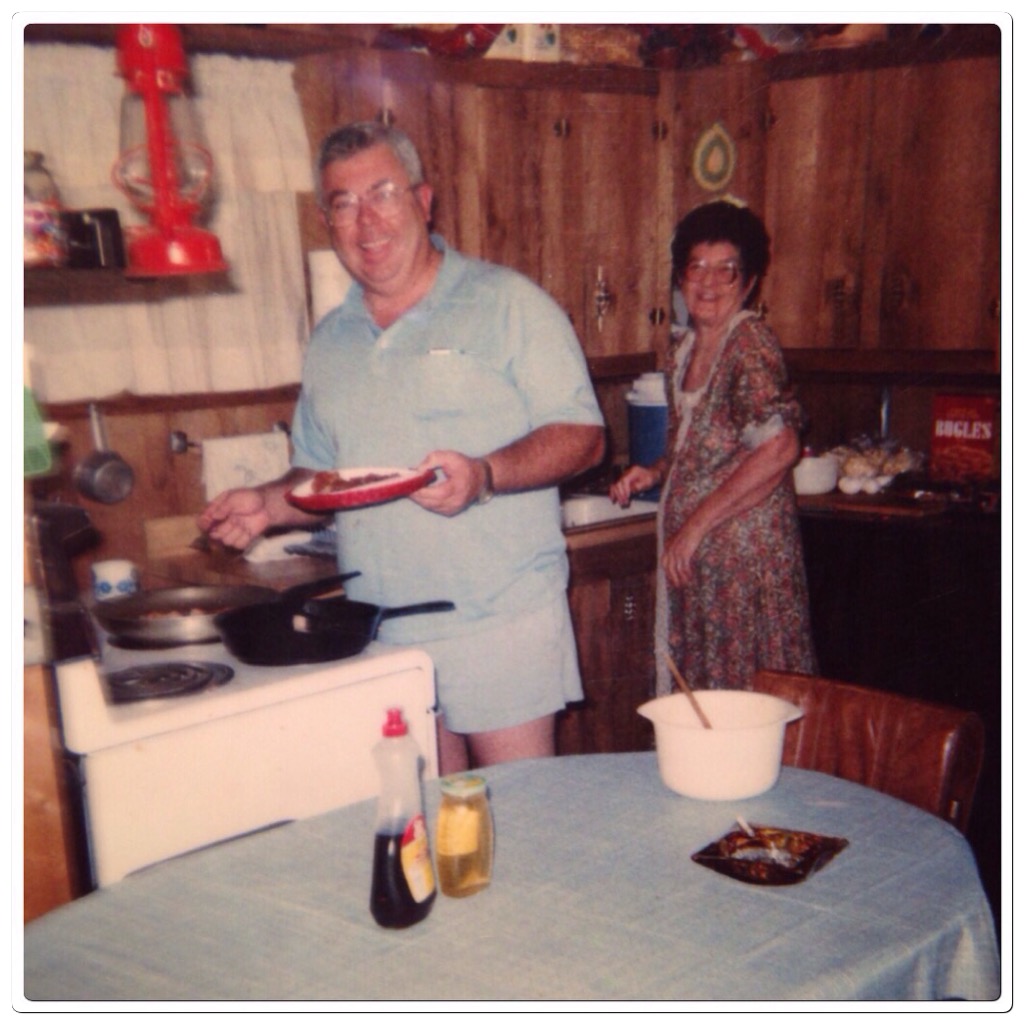 Dinner will be ready in a few minutes. Are you going to get dressed today MaMo.

On July the 4th, they had a great fireworks display,
Near South Fork over the Rio Grande near the highway.
What a sight in that cool mountain air we had in store.
We watched the fireworks show sipping beer galore. 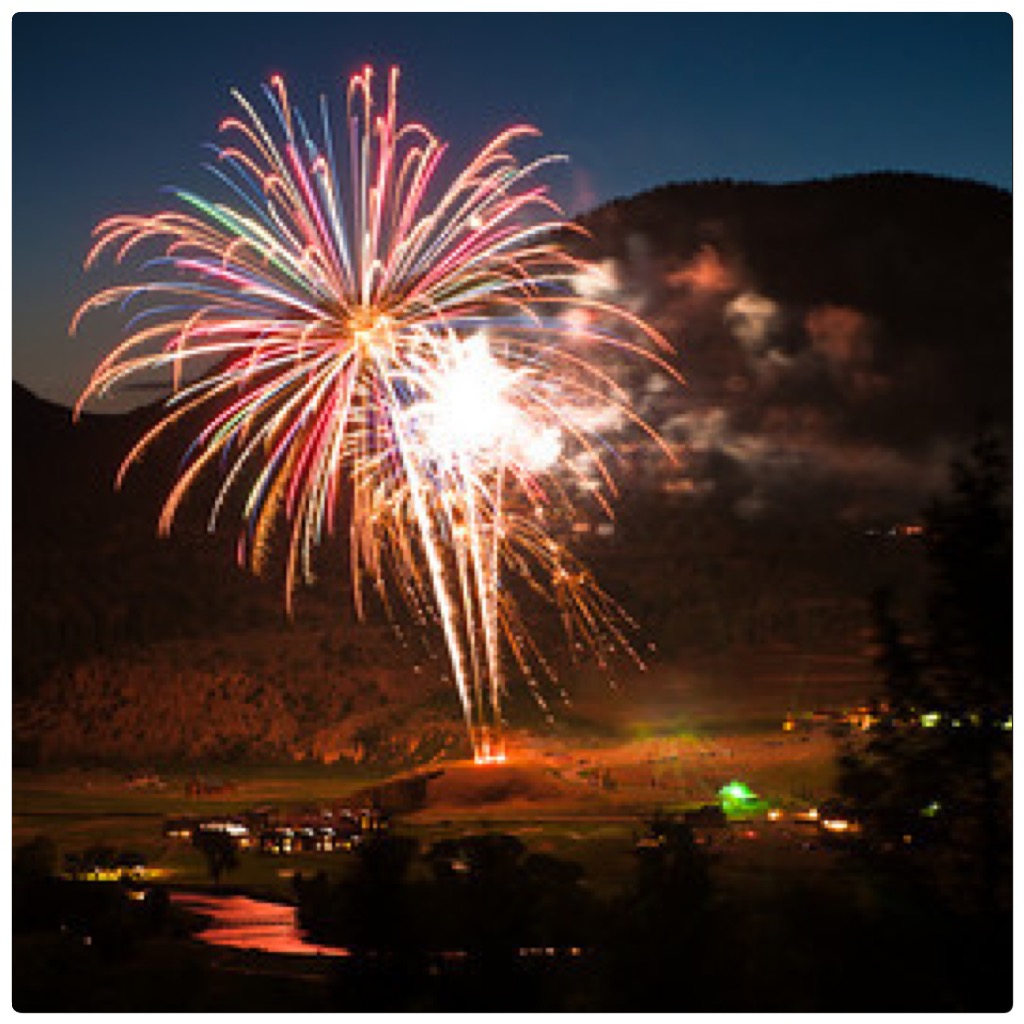 Wow, look at that one Buffalo, then hand me a cool one.

One day when we were there, we headed for Ignacio,
To gamble playing fast at the Sky Ute Indian Casino.
Buffalo Bob did well at 3 card poker while we played slots,
Not doing too well with those slot matches we got.

Buffalo Bob is the only one to come out of the Casino ahead.

On Saturday night, we went to Del Norte for Brenda’s game,
Playing a game for high stakes calling out Bingo by name.
We loved playing with Brenda having the time of her life,
Relieving her tensions and all her hidden stress and strife. 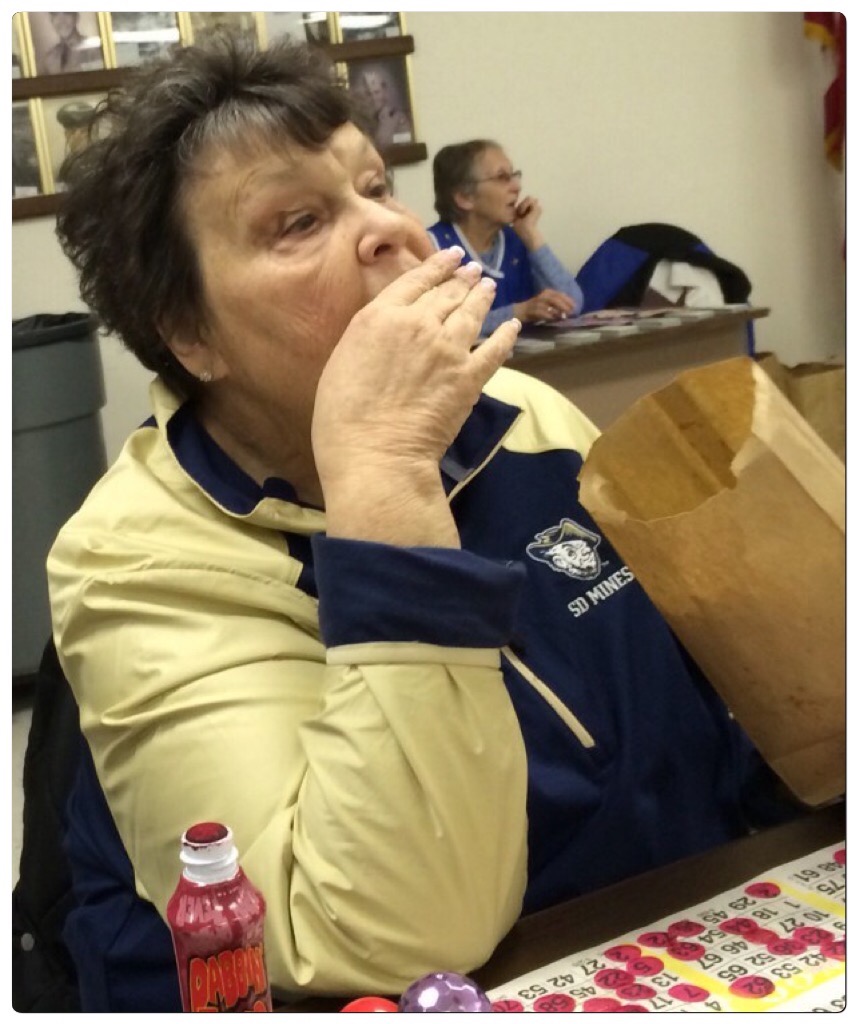 Brenda, how is it you get so many Bingos up here.

We ate out at the Hungry Logger Cafe one or two times,
And danced some at the honky tonk in the back so fine.
We rode horses and went to Creed once or twice,
In that traveling tourist town that was kind of nice. 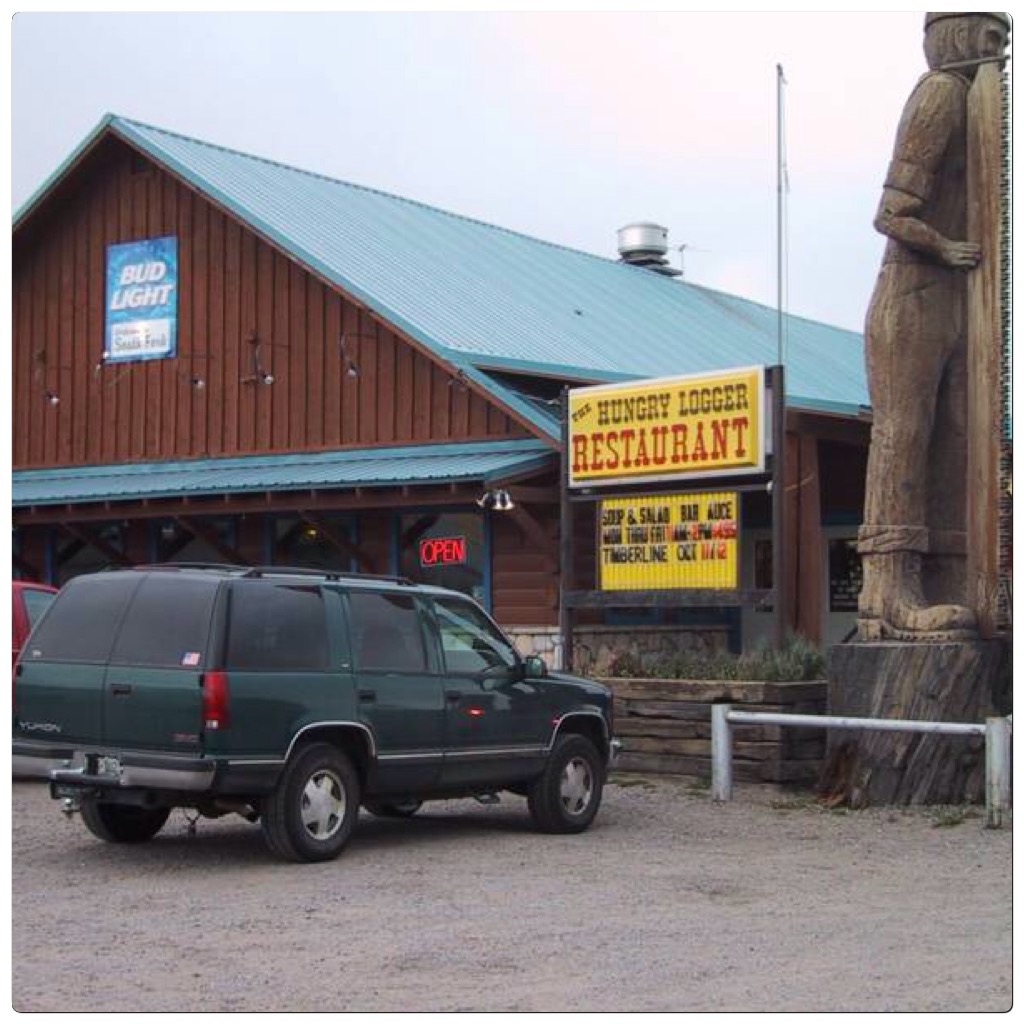 Sometimes times we had to give Buffalo Bob a cooking rest.

We miss Buffalo Bob and those good times back then,
Which kept us so busy having so much fun with him,
And Brenda, who was Bob’s soul mate for a life time,
Living and loving together, as they went down the line. 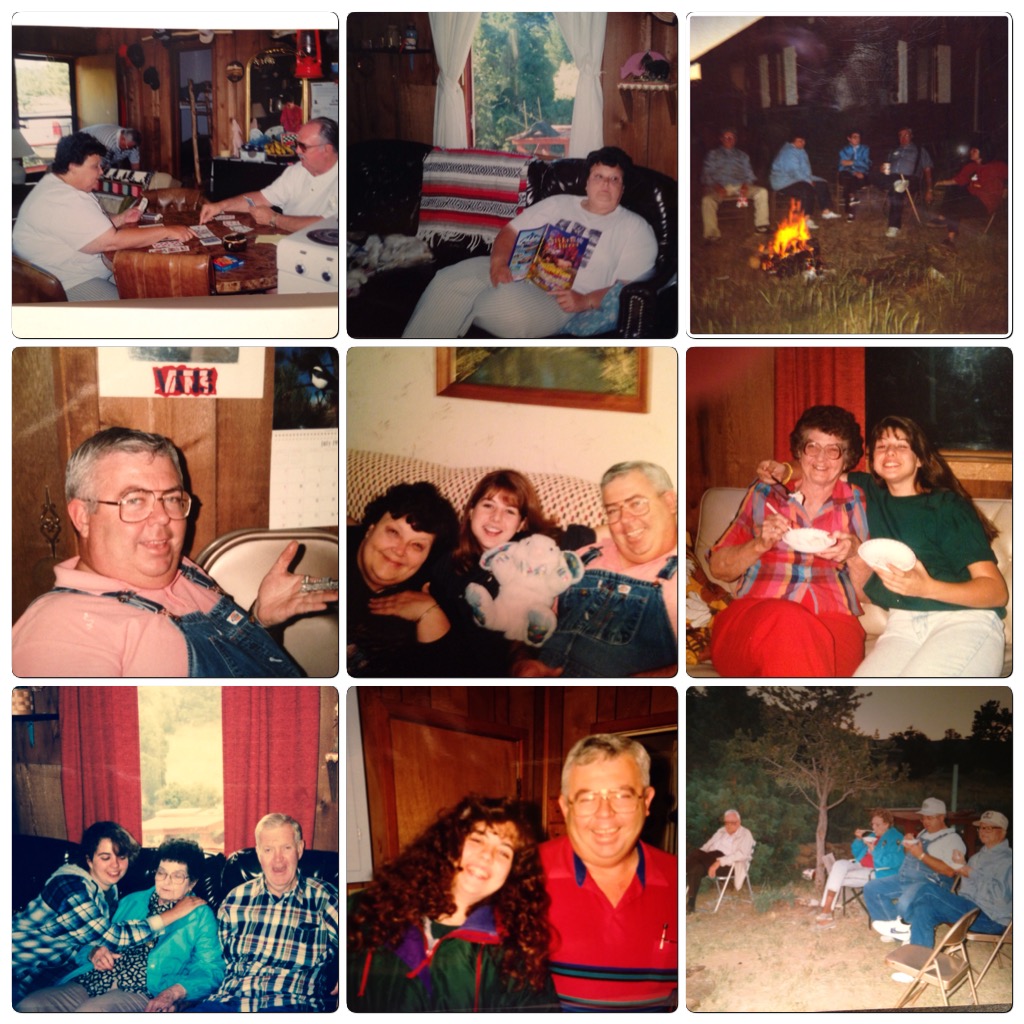 We always had a great time with Buffalo Bob and Brenda at South Fork.

Thanks for reading Two Weeks With Buffalo Bob,
Bill