All our clog dance activities and adventures were done after work and on the weekends. We did nearly everything with our girls participating with us. We made so many good friends and had many good times with those friends. This story provides a little information about some of our clogging friends we had a ball with over the the years.

In 1994, we had a competition clog team called “Country Rhythm”. Since we were going to competition anyway, Gary and I decided to work up a show duet to do when we were there. Since we were both over 40 at the time, I choreographed us an old man routine to do at competition. We found us some outfits at the Goodwill Store including hats and suspenders and we were ready to go. Our routine started with the song “Amazing Grace”. We were on the right side of the stage in our outfits with our canes and we walked bent over slowly to the center of the stage and faced the front. By this time the music stops and Gary lifts his left leg and a giant fart bellows out of the speakers. I shake my hat Gary’s direction to blow away the fart, and we then stop and get ready to dance. The song. “Too Old To Cut The Mustard” comes on and we began our dance routine using our canes as dance props. At the end, we had an excerpt from Hee Haw music for our finale. 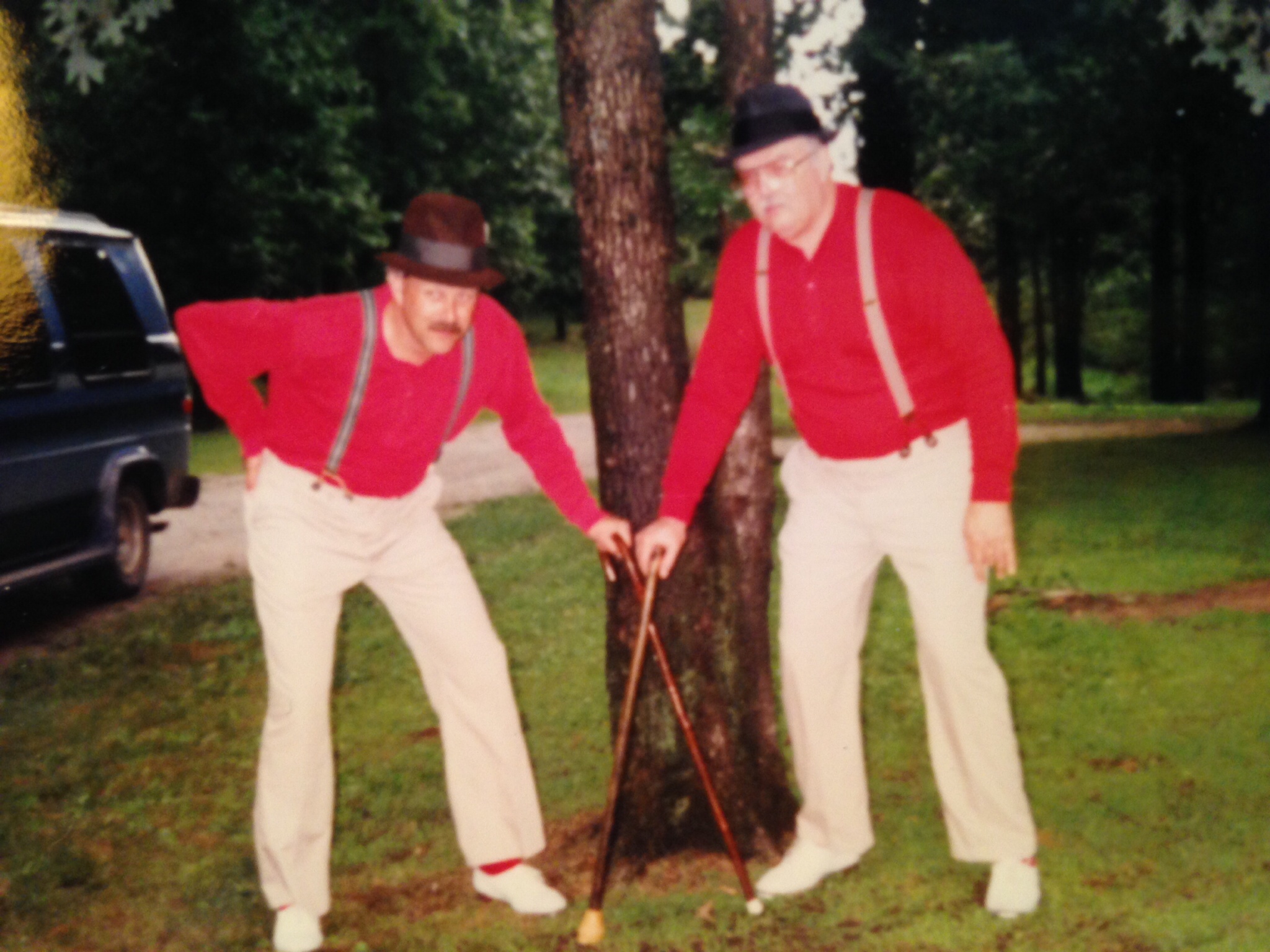 Gary and I in our “Too Old to Cut The Mustard” costumes. 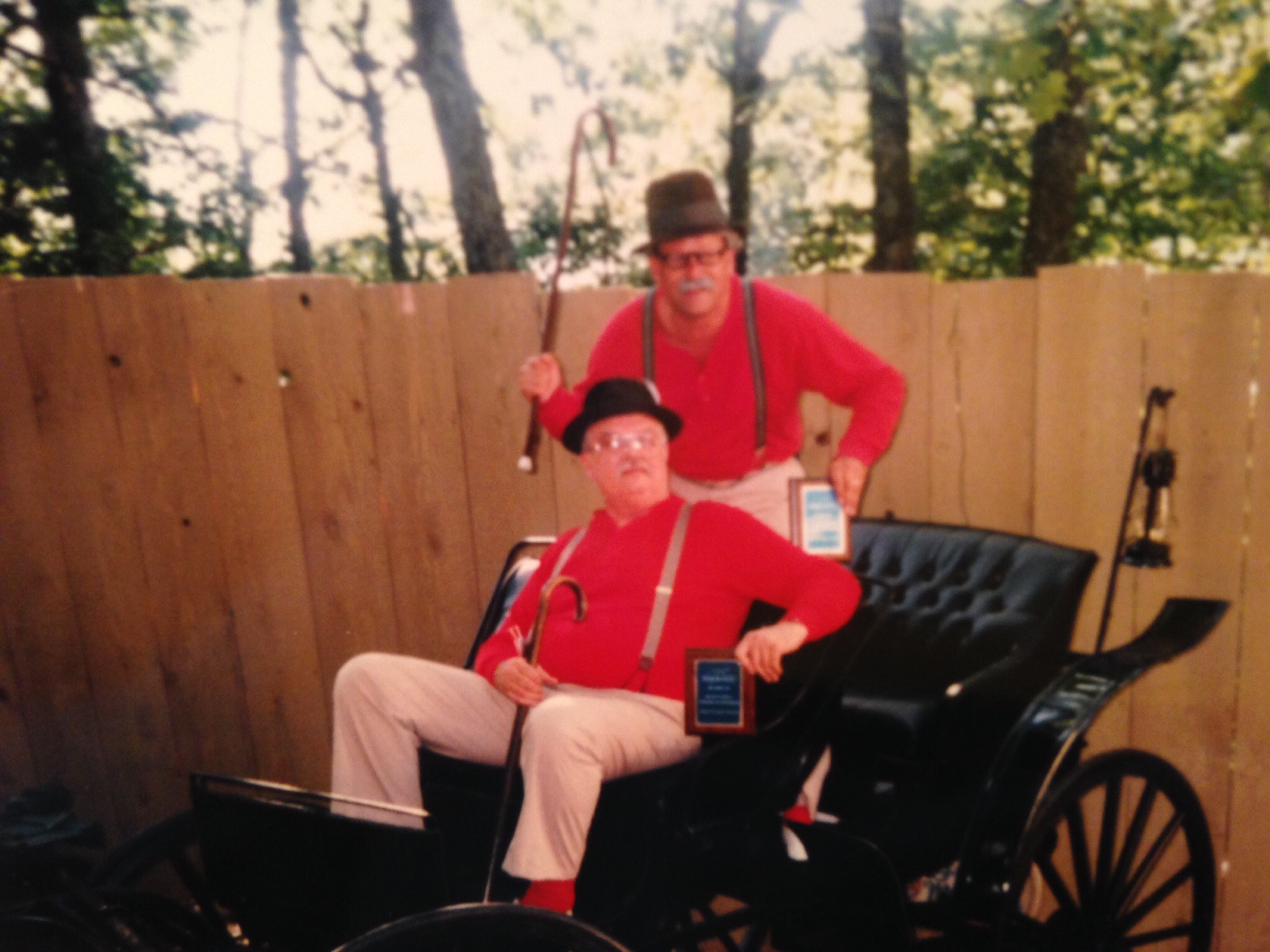 Gary and I posing with trophies after the Silver Dollar City clog competition. 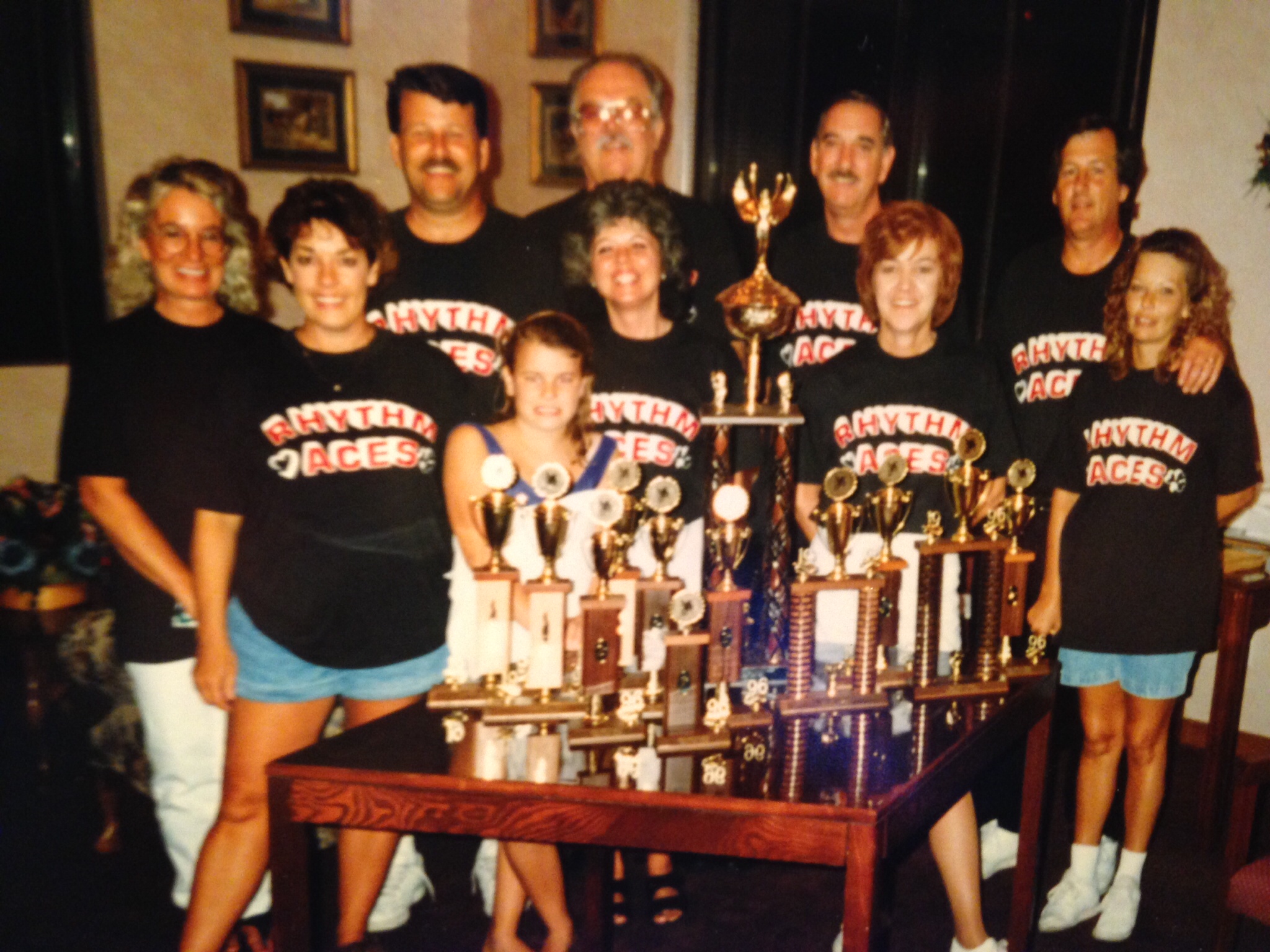 Thanks for reading The Duet,