In the summer of 1977, we lived in a new edition called Arroyo Verde in Fritch, Texas. At that time, the area was out in the country. My daughter, Kristi, was 3 1/2 years old. We did a lot of activities together outside in the backyard such as planting and caring for a garden. I was out on the back porch grilling steaks on my cast aluminum cooker with Kristi one day and I needed something from the kitchen. I called Kristi over and explained to her that the outside of the cooker was very hot (it was actually glowing red) and she must stay away from it and especially don’t touch it. She acknowledged she understood. So I went into the house and I was back in about thirty seconds. Kristi had changed positions and was sitting on the end of the porch with her head down and her back to me. She wasn’t crying, but I could tell something was wrong because she was softly whimpering. She was holding her right hand with her left hand. I asked her to let me see and her poor little soft hand was one giant blister. She knew she had done wrong and didn’t want to tell me she had burned her hand. Most kids would have screamed at the top of their voice if they received a burn like that. We doctored it and she was OK in a couple of days. She learned that when I tell her something it is for her own protection. And I learned that children are naturally curious and you should not leave them in a dangerous situation even if you have carefully explained the dangers. We both survived this experience and never had problems like this again. 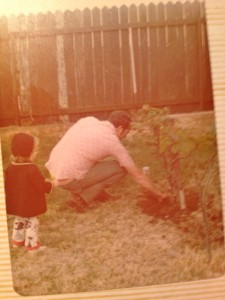 Thanks for reading The Cooker, by Hawg Jaw Bill.