I drew my last Bighead toon of this batch on a full moon,
So I titled these toons appropriately as Full Moon Toons.
I should have probably included a were wolf in this batch,
But you will have to wait until next time for him to hatch.

“Wong” is a guy I saw many times when I was over in Vietnam,
Walking in down town Plieku with a big bag of rice in his palm.
Traveling on foot from the market that smelled so bad to me,
As a sight from my 3/4 ton window driving, I often did then see. 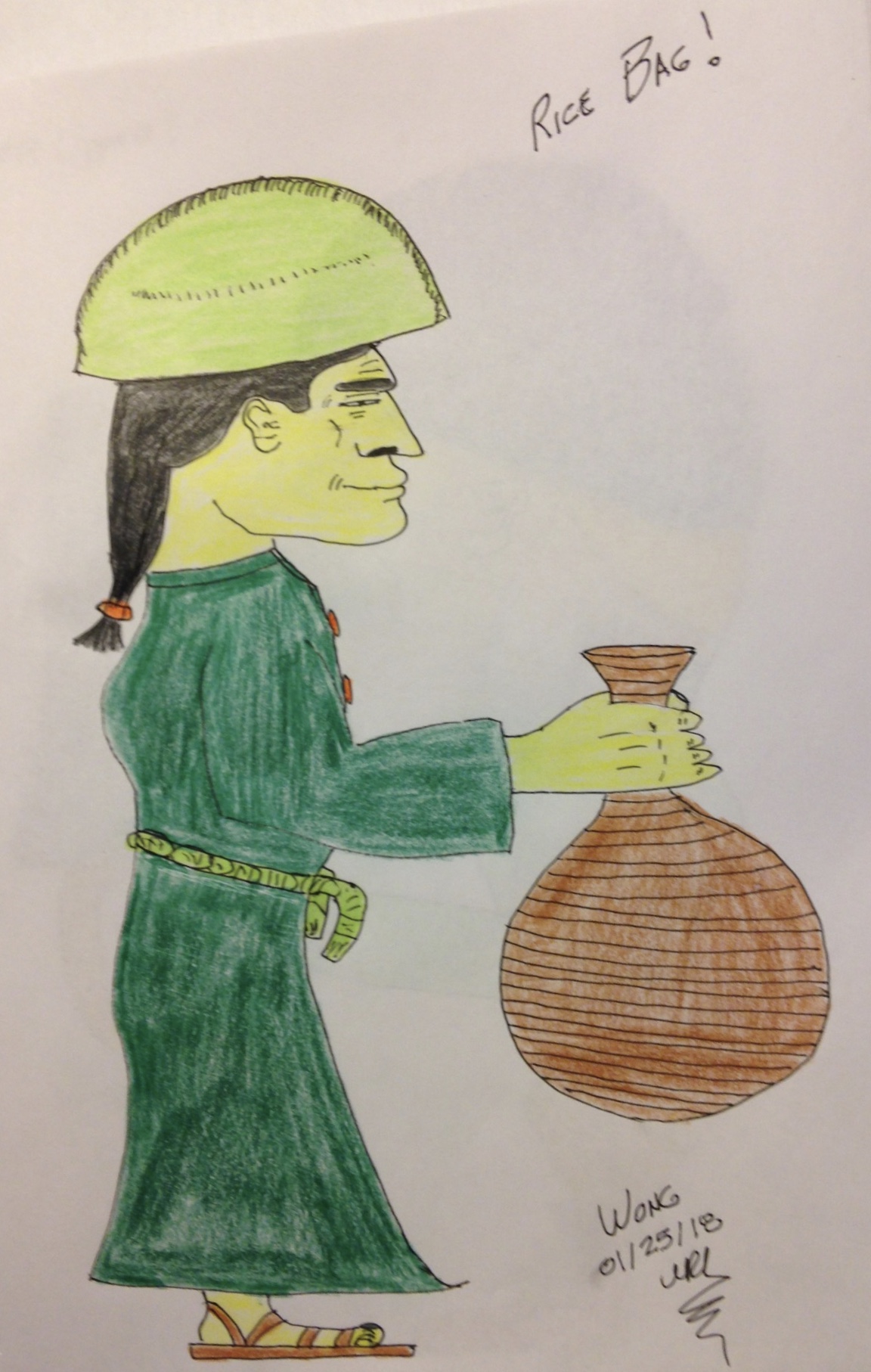 “Chip” is a guy Pam likes to watch on the “Fixer Upper” TV show.
That does all kinds of crazy little things that do entertain us so,
As he fixes up those houses from not so good to so very fine,
Working very hard as his nice looking wife Joanna does design. 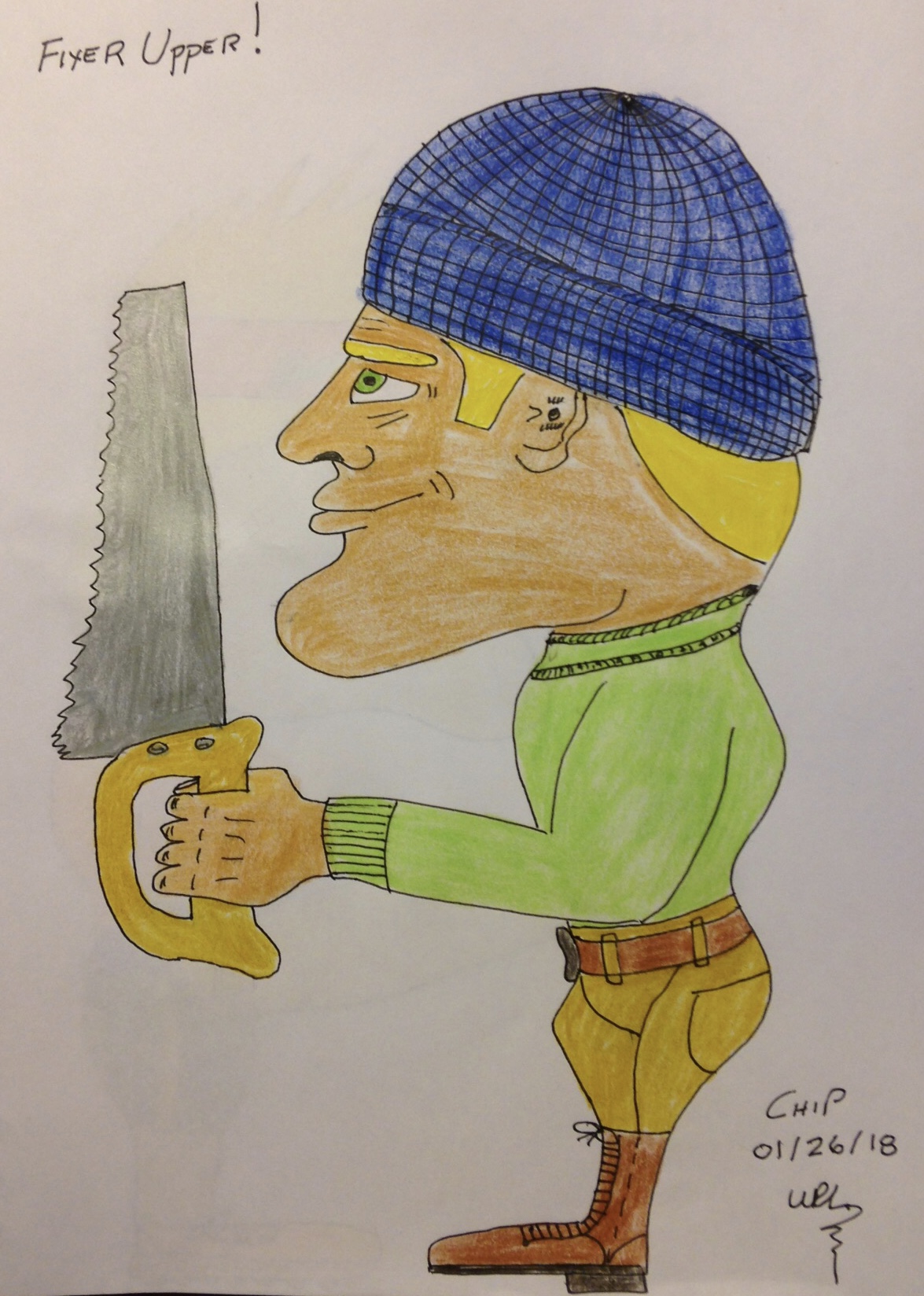 “Scottie” is a kid I knew from our 7th grade school track team,
That ran track on a relay team of four kids looking like a dream,
As he ran so fast on his quarter of the race at such a fast pace,
Never missing that smooth hand off, always looking like an ace. 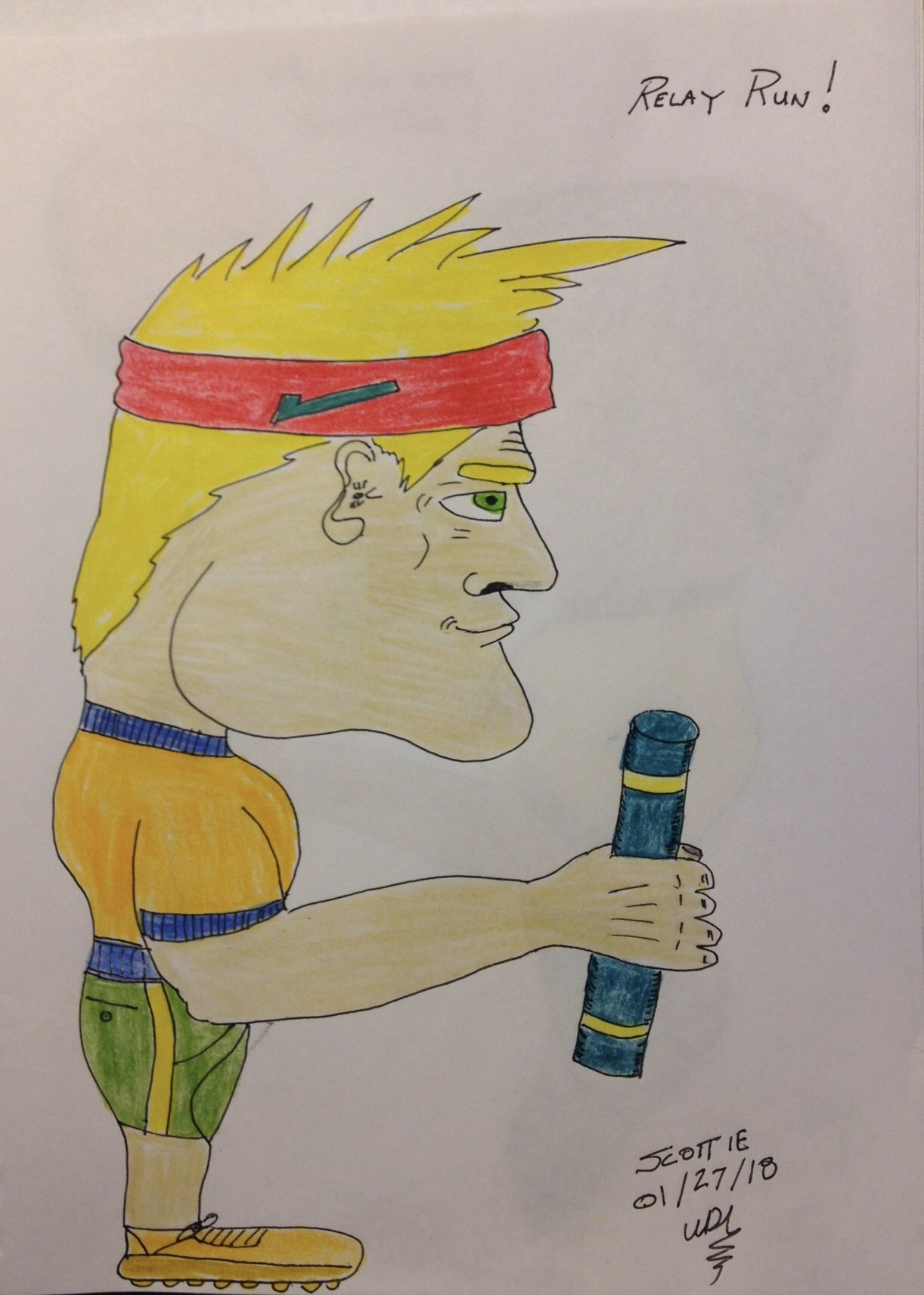 “Billy Boy” may be me feeling good for remembering a birthday,
With a little smirky smile showing, as Pam is now on her way,
And I’ve got a nice present wrapped with a nice card to say,
Have a very happy birthday darling on this your very special day. 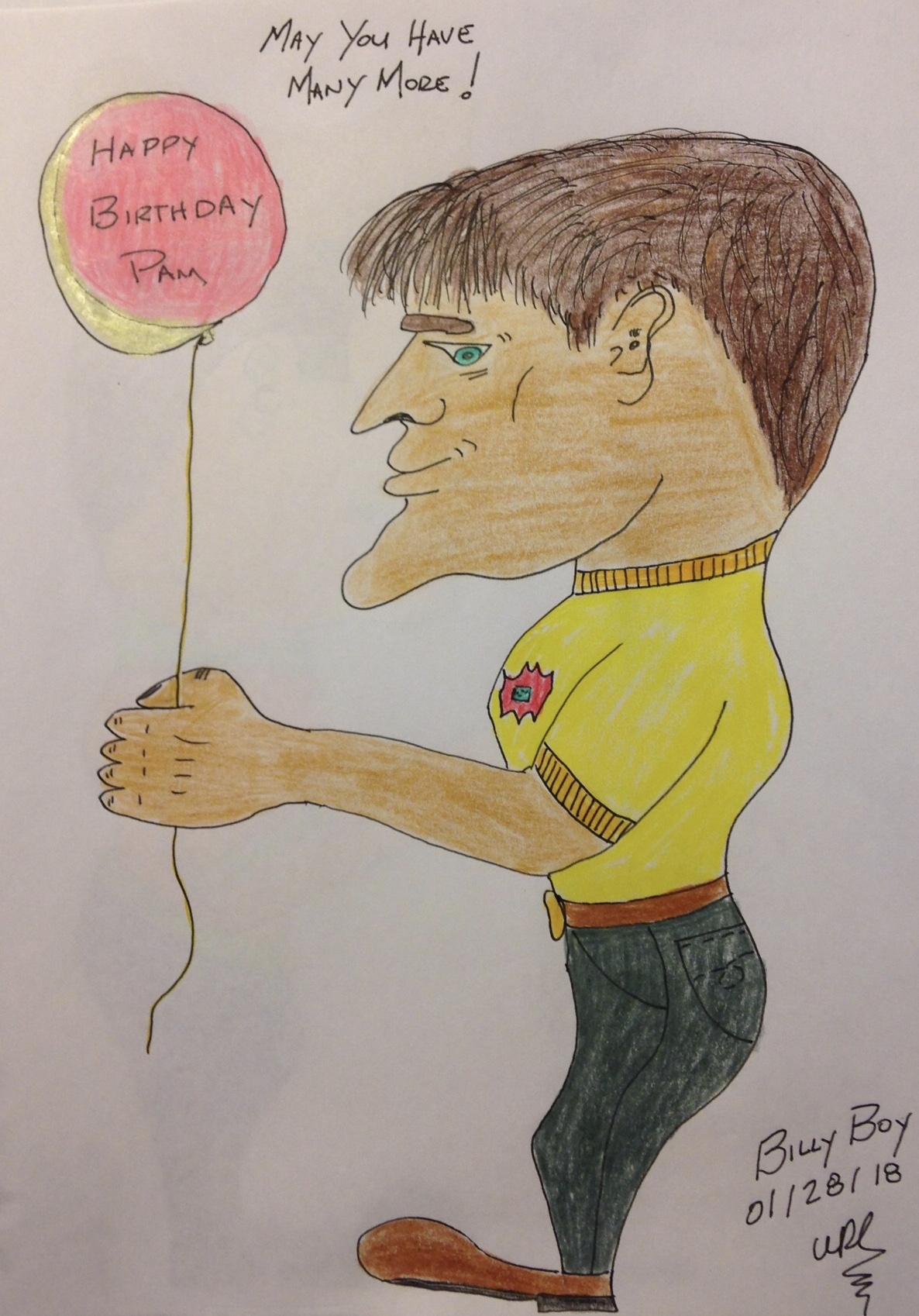 “Joe” is a guy I recalled that ran a Crab Shack serving seafood,
Where I used to eat in Houston and later Tulsa with food so good.
I just loved the seafood gumbo and that crab cake dinner to eat,
And they had some fine ice cream for desert oh so very sweet. 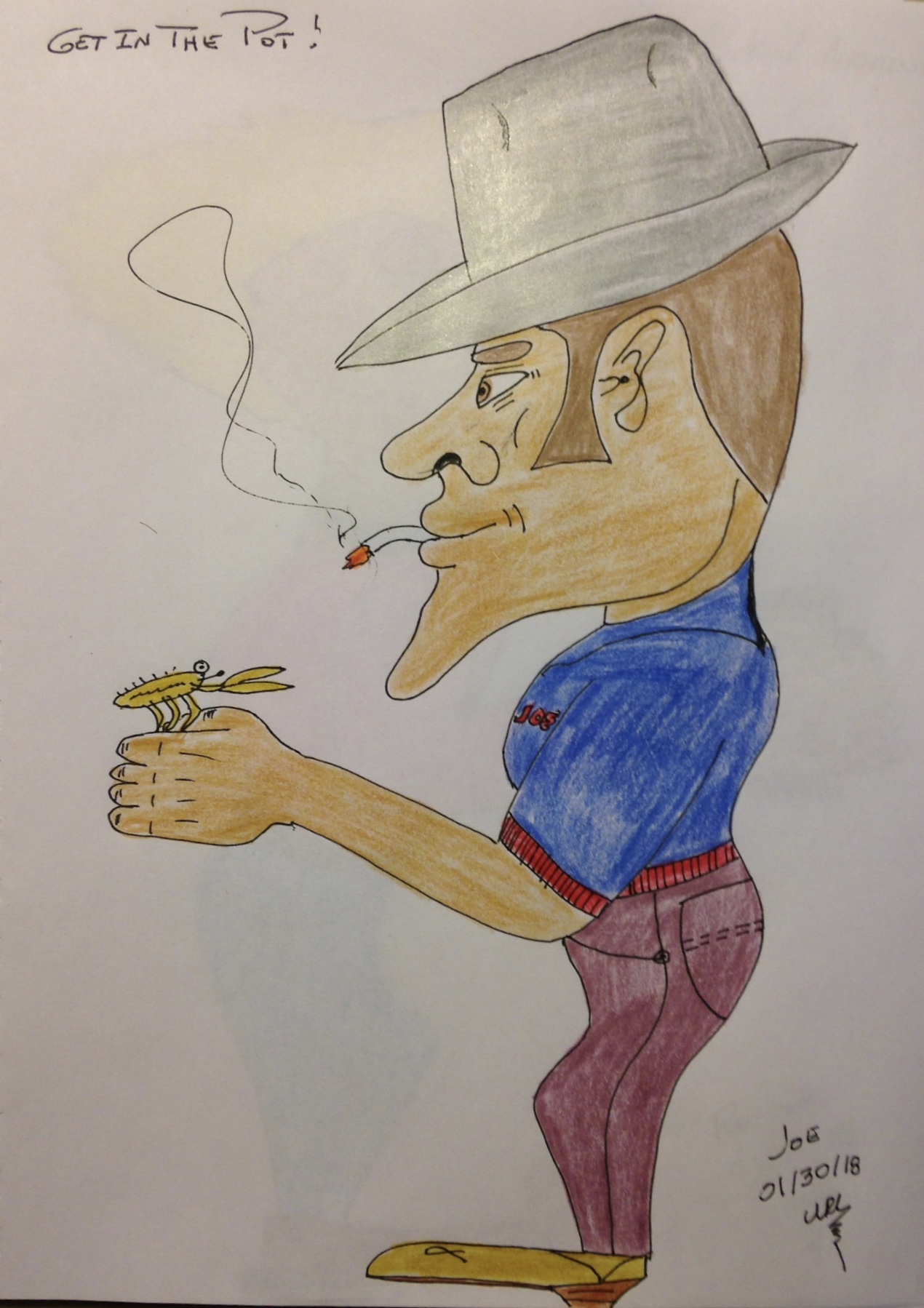 “Randle” is a man that came to me from an old memory of mine,
My daughter, Junior, loved to play in the commode all the time,
Trying to flush whole rolls of toilet paper watching it go down,
I think Randle has found the best child control method around. 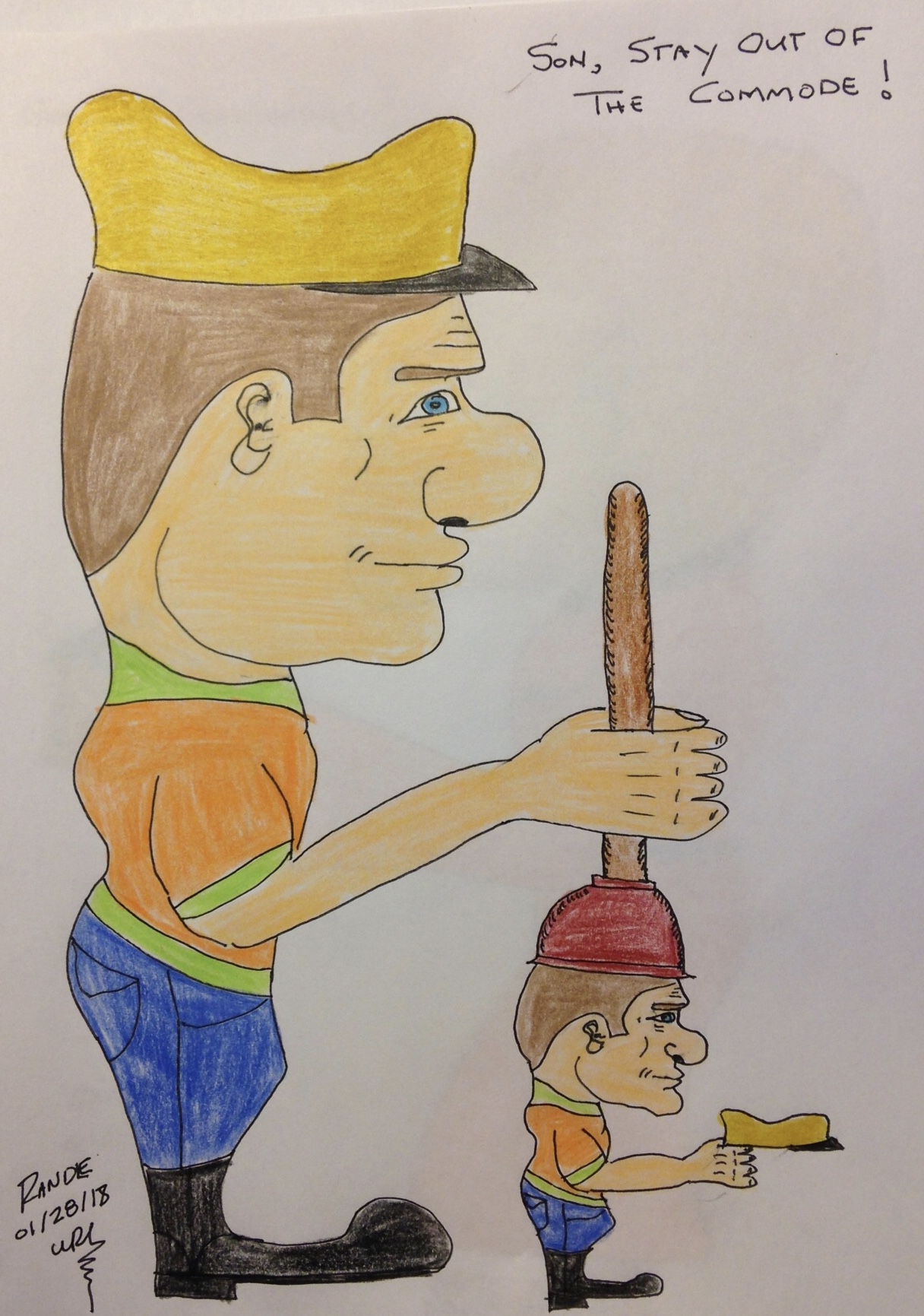 “Qui Chang” is a Shaolin monk that was on an old TV show,
About a monk on the run as to the old west of America he did go.
He used his Kung Fu to protect himself from bad guys he met,
When necessary to protect himself causing them much regret. 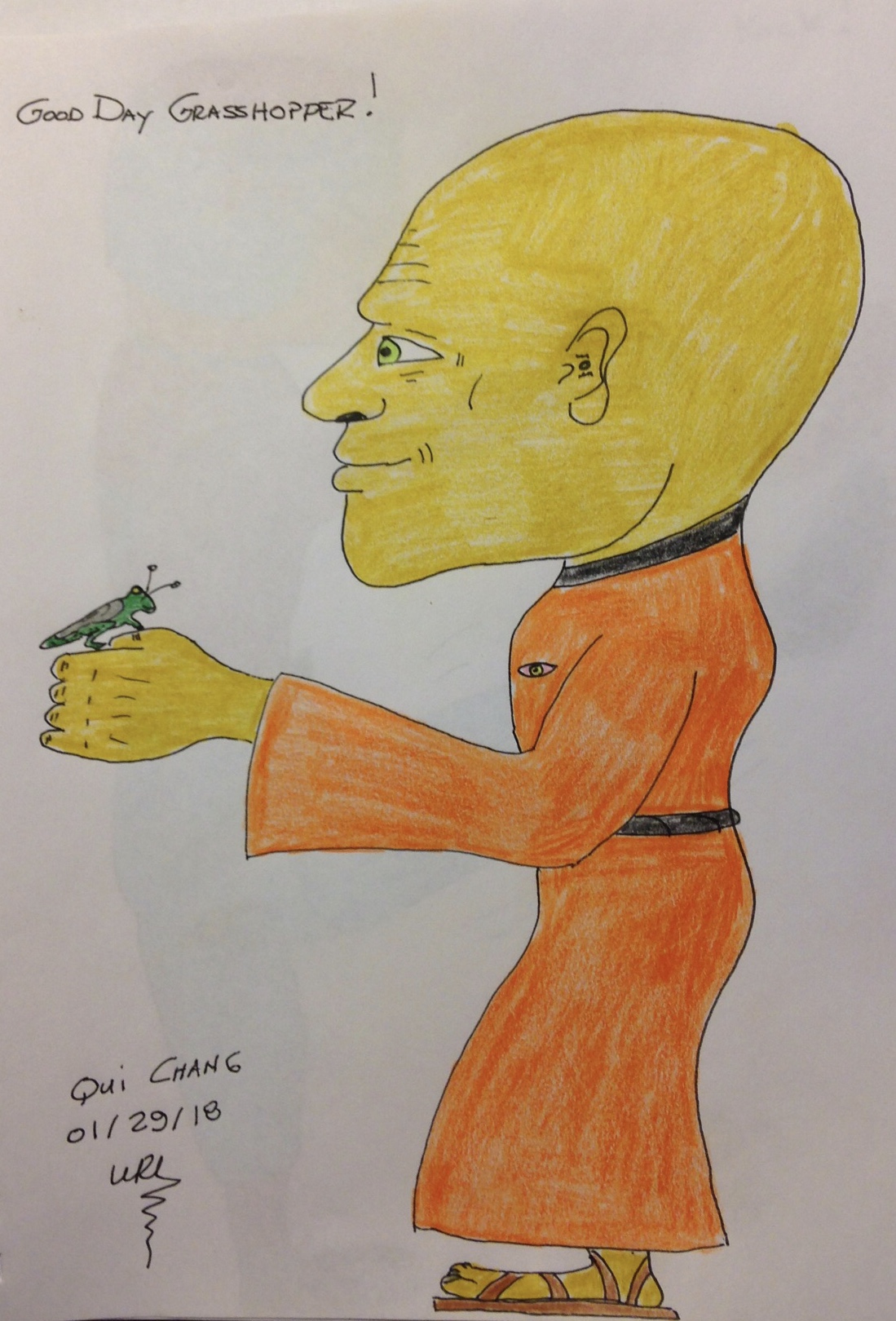 “Tony” is a half back from our 7th grade football team way back,
That sometimes kicked the ball on a play called the quick kick.
He was a fine kicker and that ball flew long and high on its trip,
And it always faked the jock strap off the other team as it ripped. 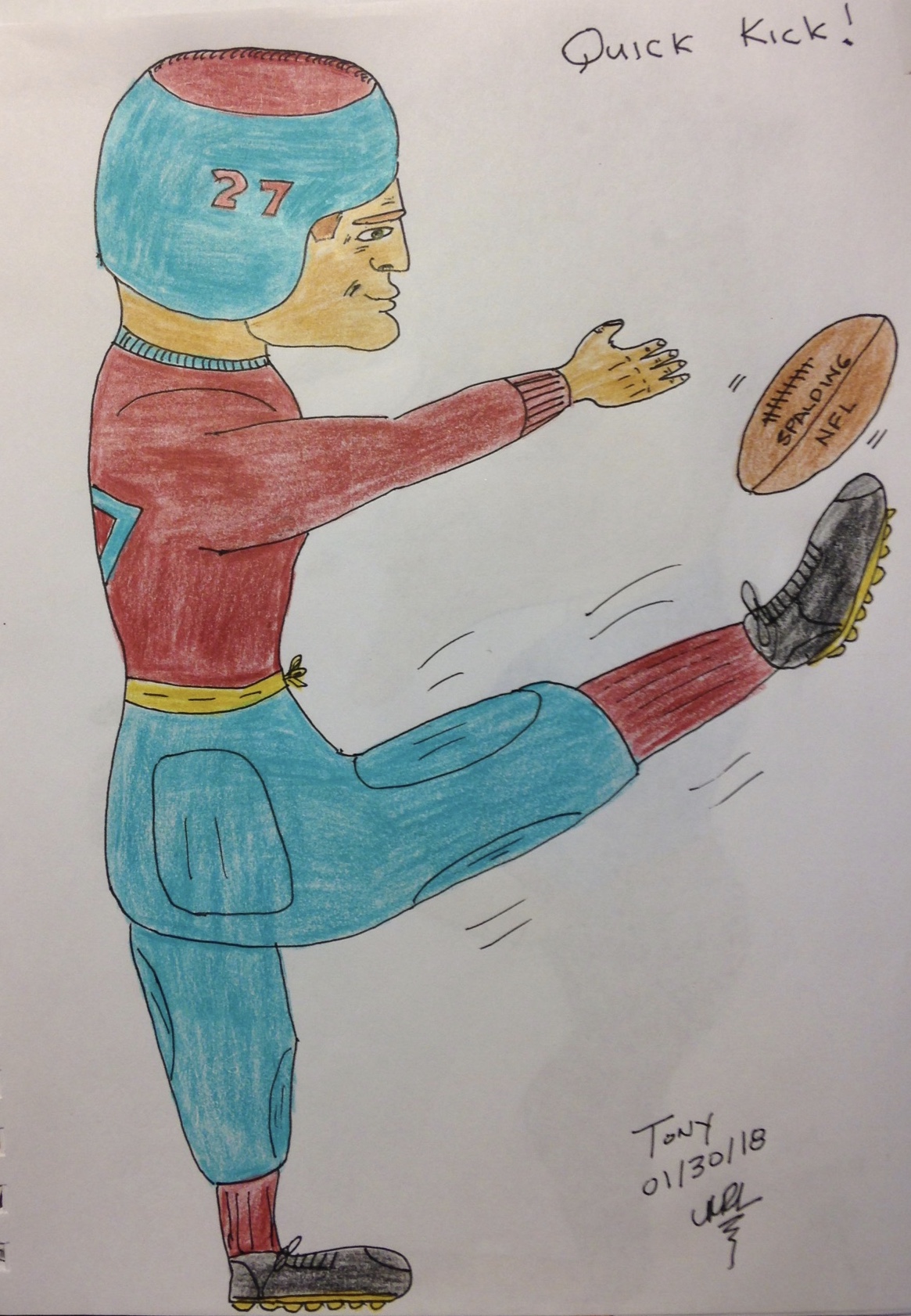 “Ten Bears” is an Indian I once saw in a movie called Jose Wales,
That had a meeting with Jose to decide war or peace in the tale.
After having a serious man to man talk they decided on peace,
So Ten Bears went on to hunt antelope when the war did cease. 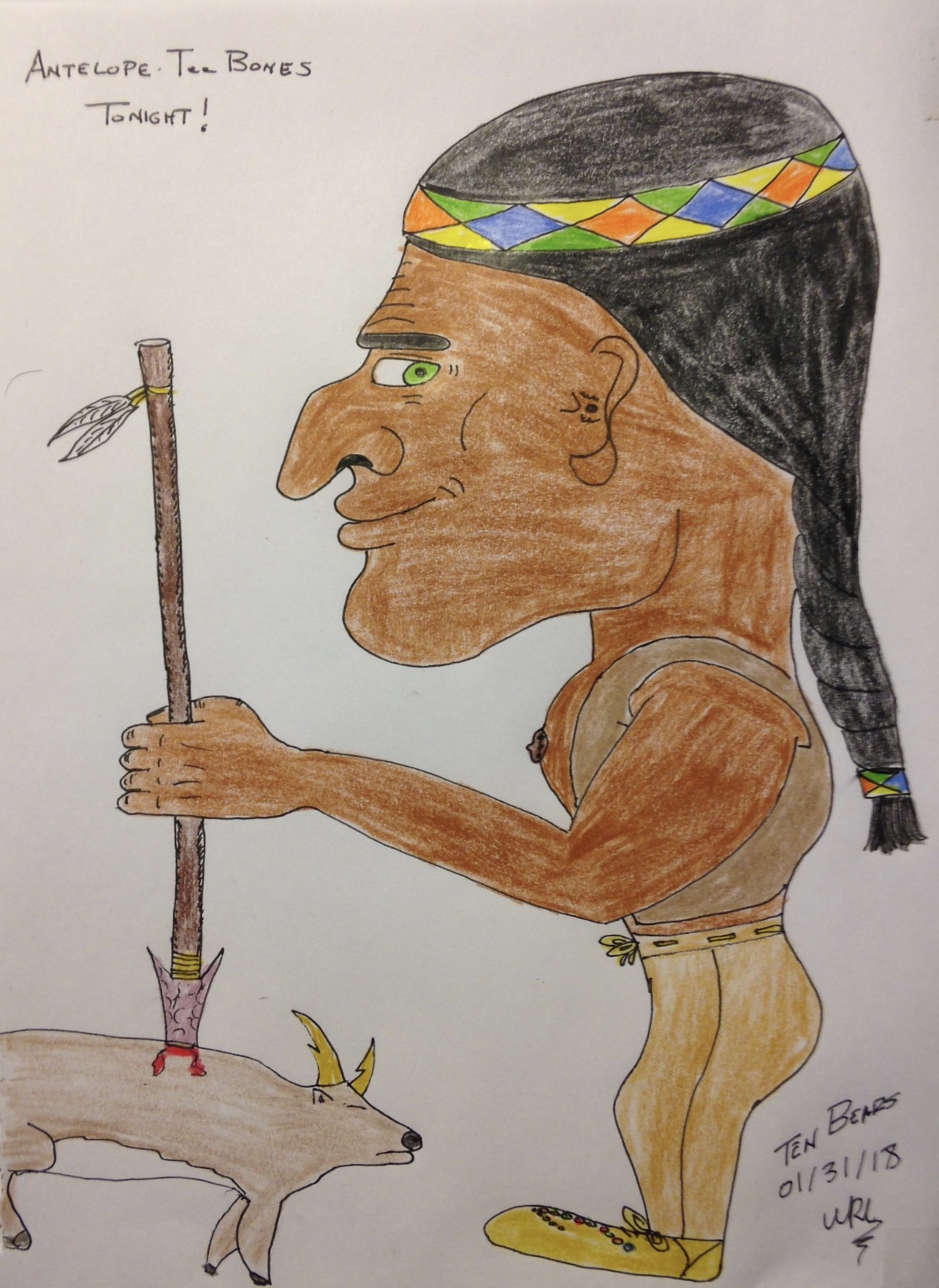 “Rooster” in a guy with a head shaped just like a male chicken,
That loved to eat sunflower seeds to make his senses quicken,
So he could do a morning crow getting up early like a rooster,
While sitting out there on the coop as his own morale booster. 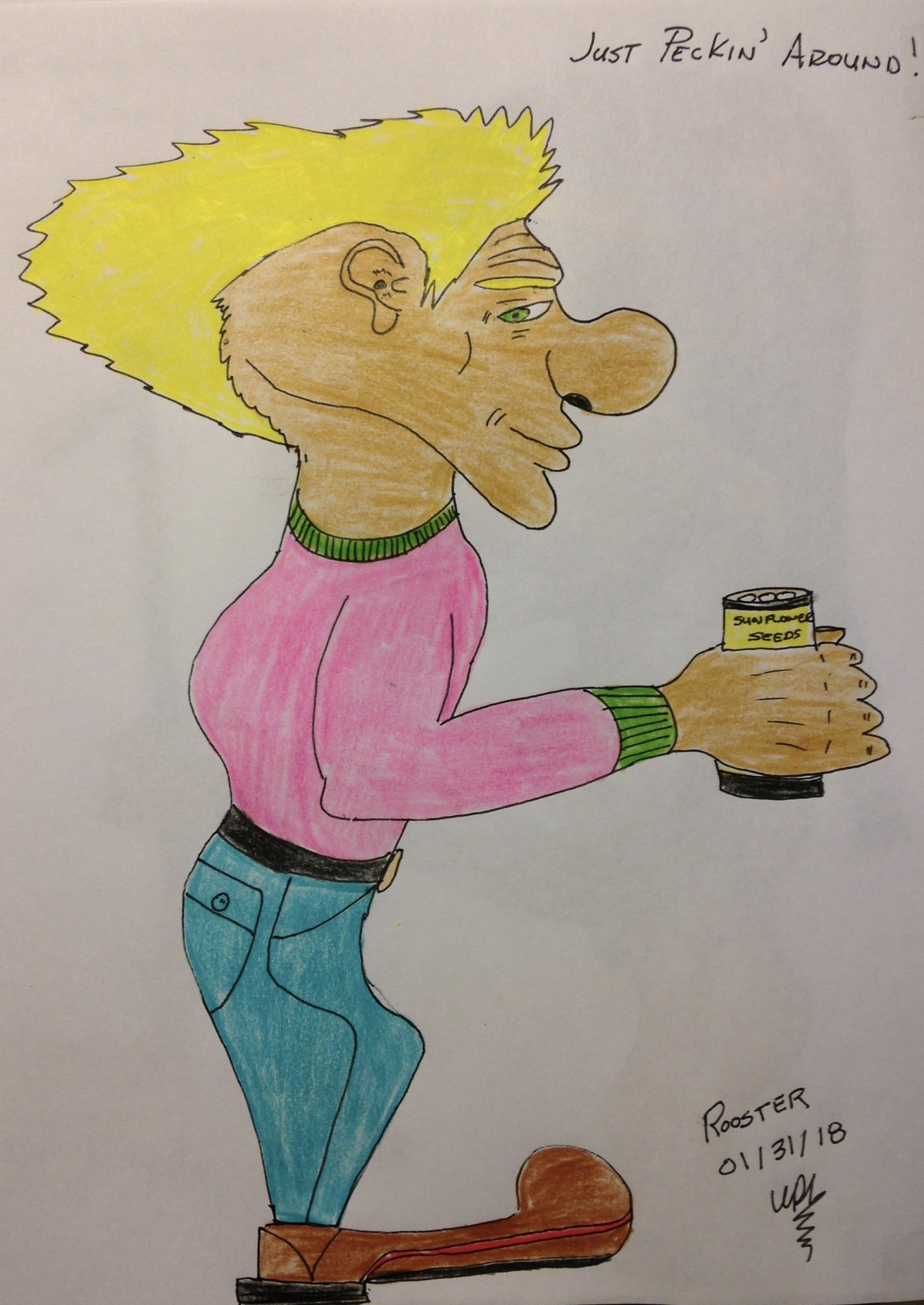