Over the years, I have lived in a quite lot of different places,
And we had some strange neighbors as we ran our races,
In this story poem, I’ll tell you of things that did happen,
Using fictitious names so their real names won’t blacken.

When we lived down on Stark Street out Phillips, Texas, way,
The Rich’s lived across the street from where we did stay.
In a small single bedroom house that was so very tiny,
With a small kitchen, bedroom, and bathroom so very grimy. 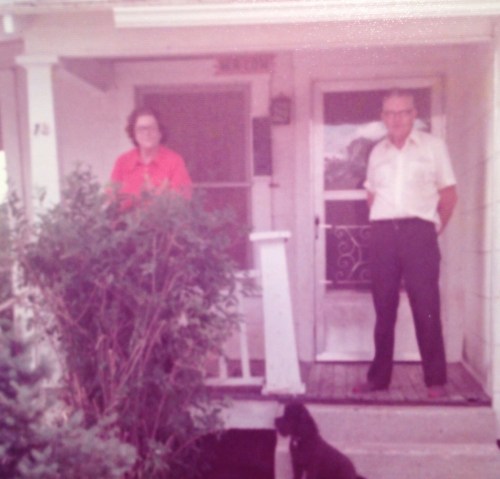 Mom and Dad on the front porch at our home on Stark Street watching the Rich’s across the street.

Living in that house were Mr and Mrs Rich and 4 children there,
Ages 18 down to 8 all eating and bedding down somewhere.
We figured two slept on the back porch and two in the tiny den,
While Mr and Mrs Rich slept in that one small bedroom therein. 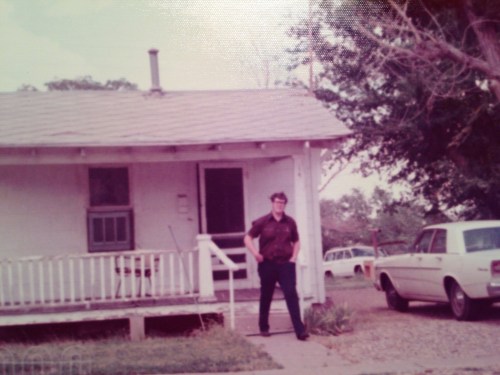 That one bedroom home that six people lived in for many years.

Mrs Rich weighed 450 pounds and had a very waddling stride.
When she got in their small car, it leaned way over to one side.
I recall one time she went to the hospital with a stomach ache,
And came home with a baby girl not expected, for Pete’s sake.

In the summer, three of the kids slept on the porch in a group,
Which likely increased the walking room inside for the troop.
So perhaps you will now agree our neighbors were different,
And watching them over that way, our time we often spent.

When they moved out of that house, we purchased that place,
And my grandmother Kendrick lived there with much grace.
I was able to see just how small that house was on the inside
And was truly amazed that family lived there on their long ride. 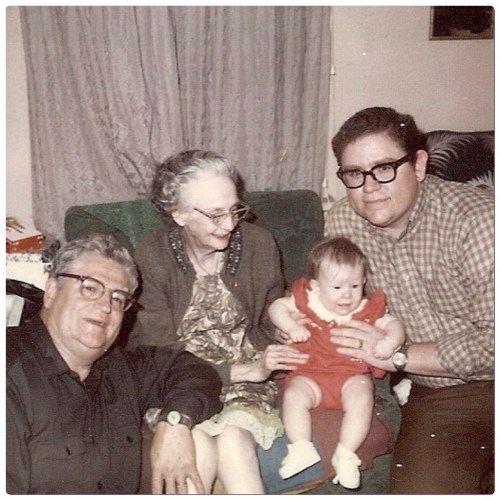 Aurora Belle, Norman, Mike, and Heather Kendrick in the small den of that house across the street.

When we moved to Houston on Roeborne Street northwest,
The Belton’s lived right across the street from us in their nest.
Every night as Mr Belton got home, he drove around the block,
And came back home on foot in about ten minutes by the clock. 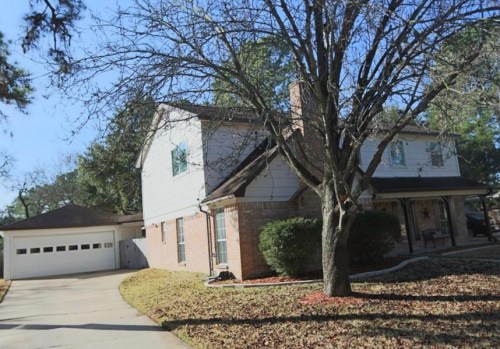 Our home in Houston.

I asked him why he went through that ritual when he got home.
He said repo man was trying to repossess his car on the roam,
So each evening he hid it two blocks away by the area park,
To keep it out of his sight when he comes by there after dark. 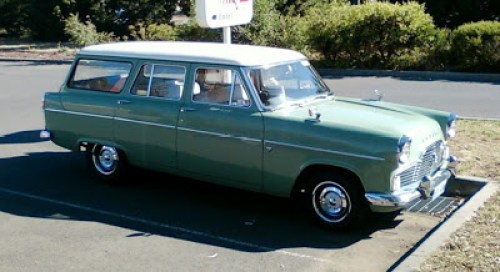 They will never find it parked here.

That seemed strange to me as we lived in a nice neighborhood,
And his house was bigger than mine over there where it stood.
In two weeks a construction crew moved into their backyard,
And began work out there going full blast working so very hard. 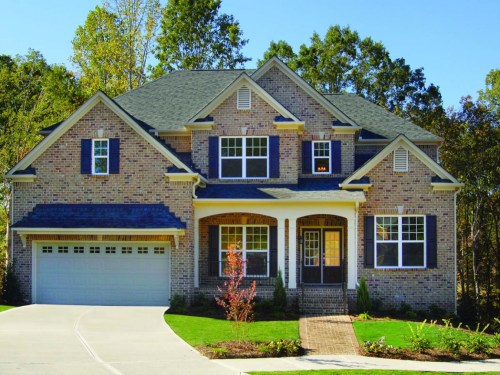 The Belton’s home across the street.

I asked him what he was building out there one day on the run,
And he said a new large swimming pool for some family fun.
I was a little confused so I asked him how he could build a pool,
When he can’t even make his car payment thinking him a fool. 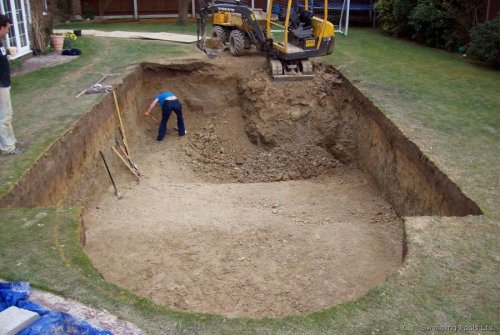 What the heck are you building Belton?

He said my wife had jewelry left from her previous rich spouse.
And we decided to sell it and build a backyard pool by the house.
This logic didn’t sound too solid to me as I wondered why that he,
Didn’t pay off all his debts to make his family a good life debt free. 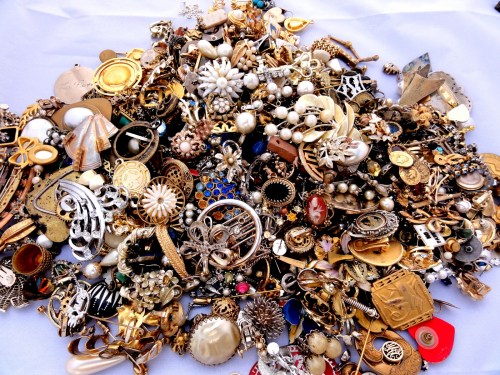 That ought to be enough for a pool.

We lived there a year and he hid his car at the end of each day,
While we enjoyed the pool with his family over the Belton’s way,
Although it seemed so very strange to me there on our short stay,
The Belton’s seemed to thrive on our block living there so gay. 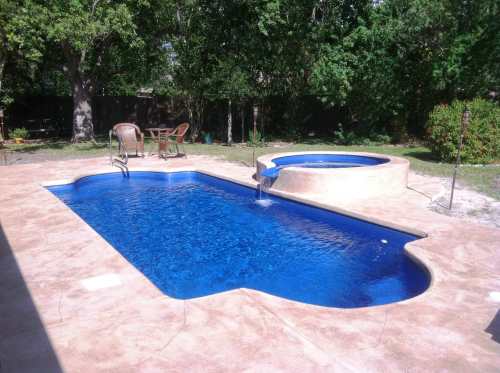 Lets hit the pool we paid cash for.

Thanks for reading Strange Neighbors,
Bill